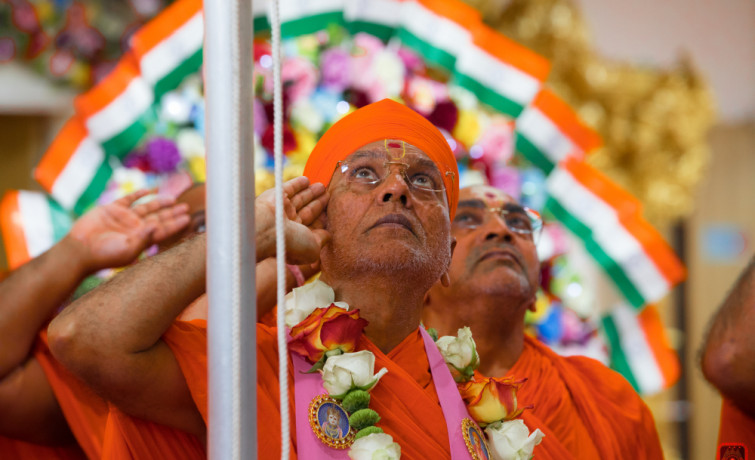 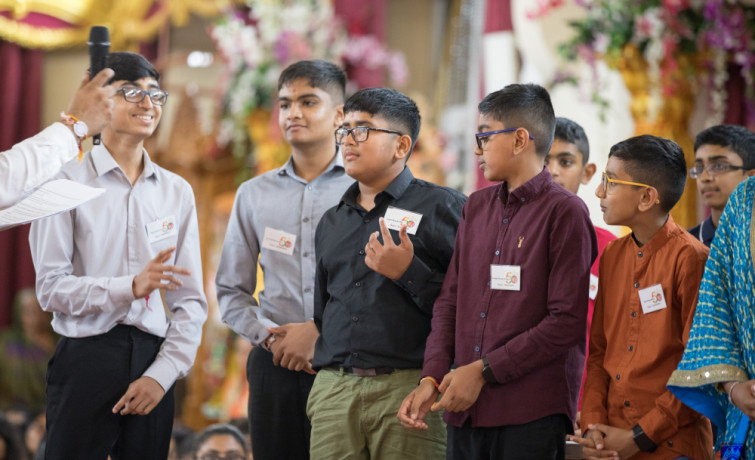 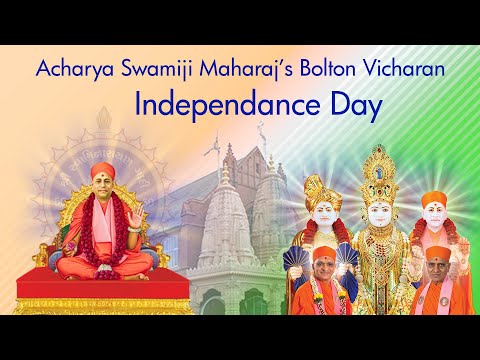 Independence Day is celebrated on 15th August and this year marked India’s 75th anniversary since India gained independence from British rule. Previously every year, devotees at Shree Swaminarayan Mandir Bolton have been fortunate enough to honour this occasion in the presence of Prem Murti Swamishree Maharaj. This year, disciples celebrated the special day for the first time with Acharya Shree Jitendriyapriyadasji Swamiji Maharaj since being bequeathed with the leadership of Shree Swaminarayan Gadi.

Shree Muktajeevan Swamibapa Pipe Band Bolton led Acharya Swamiji Maharaj in the Mandir and played the Indian National Anthem in salute whilst His Divine Holiness performed the traditional flag raising ceremony. The gathered disciples were absolutely united in joy and celebration to have the opportunity to be part of Independence Day celebrations in the presence of Acharya Swamiji Maharaj for the first time since His investiture.

Combined with the celebrations of Indian Independence, Shree Muktajeevan Swamibapa Pipe Band was also celebrating 20 years since its inauguration. Following the band’s performance, Acharya Swamiji Maharaj performed a cake cutting followed by a group photo with the band.

After this, Samuh Parayan devotees gathered for a Poojan followed by Parayan Vanchan of Abji Bapashree Ni Vato and Katha by eminent Sants.

The annual achievements awards ceremony was also held on this day, where the various academic and educational accomplishments of the community achieved in the last year were recognised and displayed to Lord Swaminarayanbapa Swamibapa and Acharya Shree Jitendriyapriyadasji Swamiji Maharaj.

Gnaan Murti Bapa awarded students for their achievements in a range of subjects and disciplines, including numerous higher education University degrees, post graduate qualifications and a PhD Doctorate. The students were honoured with certificates presented to them by Acharya Swamiji Maharaj, inspiring young devotees to prosper further in their educational endeavours.

Ved Ratna Acharya Swamishree Maharaj revealed that education is essential and crucial for being a good disciple of the Lord and attaining aatyantik-moksh (ultimate salvation). In accordance with this, Shree Swaminarayan Mandir Bolton offers weekly Gujarati classes to promote the learning of the Lord’s philosophy, which teaches one to have integrity, honesty, and good moral conduct. One needs to exhibit such qualities if they wish to achieve ultimate salvation.

The Mandir has been successfully running these Saturday classes for more than 18 years which cater for children aged 6 and above. Jeevanpran Shree Muktajeevan Swamibapa foresaw the importance of the Gujarati language in maintaining His disciples’ religious and cultural identity, and established the teaching of Gujarati in His Mandir’s.

To recognise the hard work by our students, a Gujarati class programme was held to please Lord Swaminarayanbapa Swamibapa and Acharya Shree Jitendriyapriyadasji Swamiji Maharaj.

The programme consisted of each class narrating stories of our Gurus following the Guru Parampara. Each class told the story of one Guru in the form of multiple games such as memorise the murtis, catchphrase and quizzes with buzzers.

The conjoined efforts of the dedicated teachers and students who participated made the programme a success, creating valuable memories with Acharya Swamiji Maharaj and many more to come with Shree Swaminarayan Mandir Bolton Suvarna Mahotsav celebrations commencing in only 2 days. 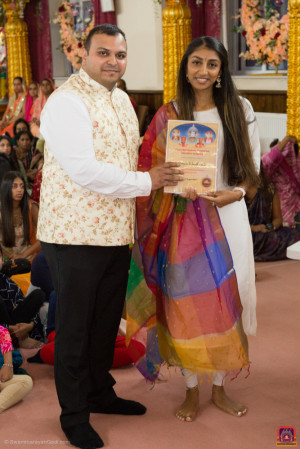 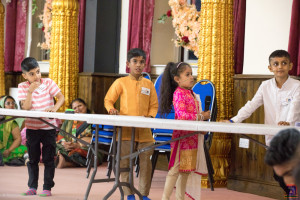 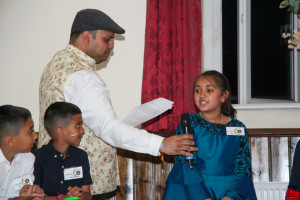 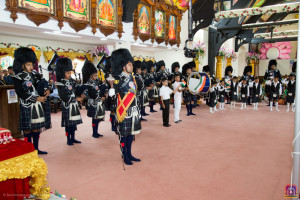 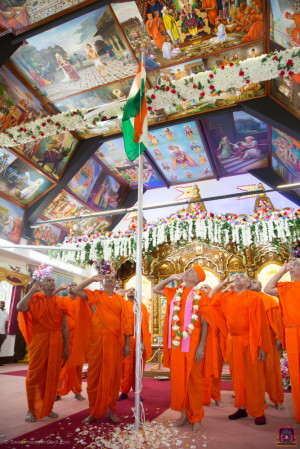 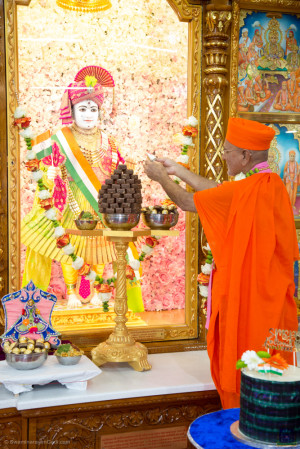