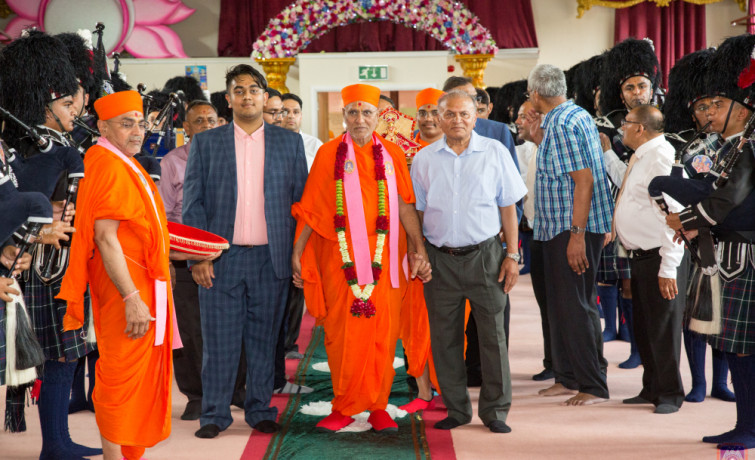 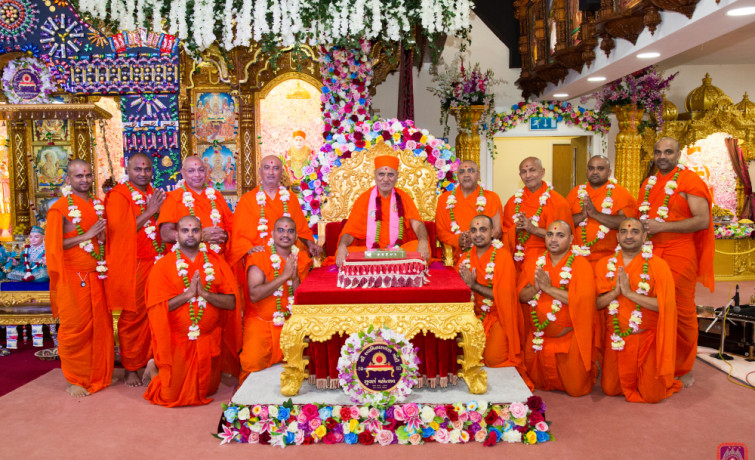 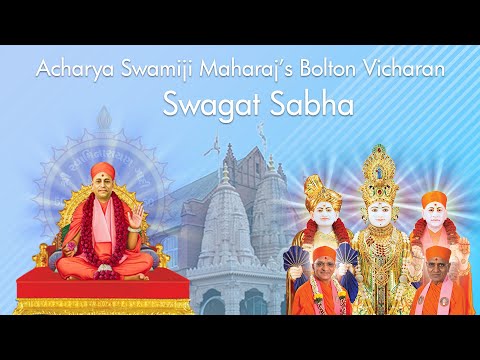 Upon His arrival to Mandir, Shree Muktajeevan Swamibapa Pipe Band Bolton performed a salute to Lord Swaminarayanbapa Swamibapa to lead Acharya Swamiji Maharaj and eminent sants into the Mandir.

A number of new members of the pipe band had the opportunity to perform before Acharya Swamiji Maharaj for the first time, marking their new status as full members of Shree Muktajeevan Swamibapa Pipe Band. Joining the pipe band requires a high level of discipline and dedication and the young boys’ efforts were recognised by the congregation.

Earlier in the week marked this years’ Rakshabandhan - meaning the ‘tying of protection’. Traditionally on this day, a sister ties a Raakhdi on her brother's right wrist whilst chanting the supreme 'Swaminarayanbapa Swamibapa' mantra. By this, she asks the Lord to protect the both of them. On this day, we also offer Raakhdi’s to the Lord and ask for His protection, and spiritual strength to enable us to remain obedient to His wishes and commandments. In Bolton, on behalf of all the Sants and disciples, Acharya Swamiji Maharaj tied Raakhdi’s to the Lord and performed Aarti. In celebration of this auspicious occasion, devotees were fortunate enough to receive a Raakhdi from Bapa. 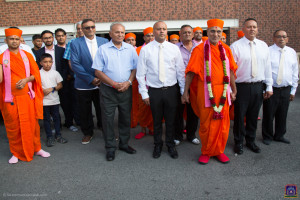 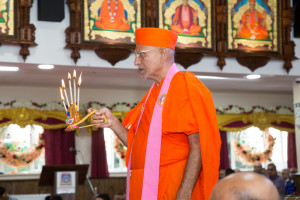 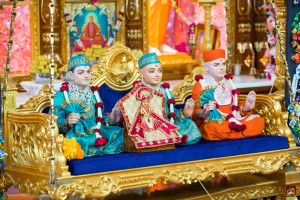 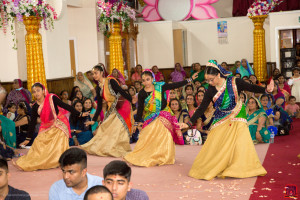 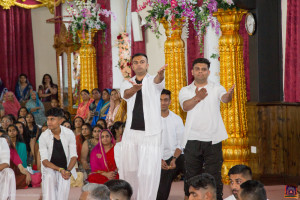 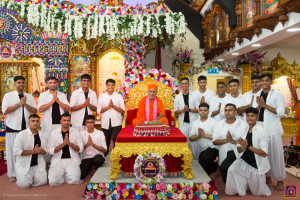