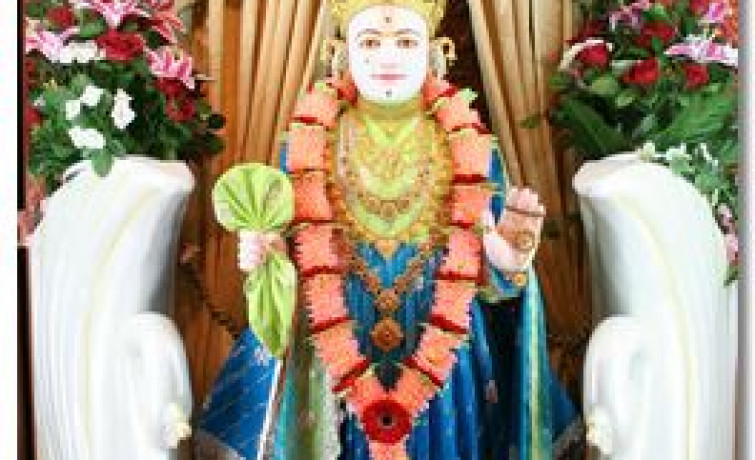 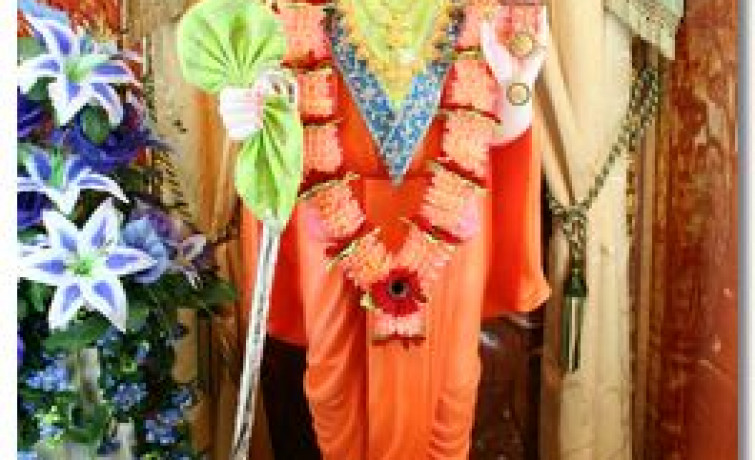 The auspicious Patotsav ceremony was held on the fifth and final day of the Spiritual Awareness Convention, marking the sixth anniversary of His Divine Holiness Acharya Swamishree installing the divine Murtis of Shree Ghanshyam Maharaj, Shree Jeeveanpran Abji Bapashree and Jeevanpran Swamibapa at the Bolton temple.

After the entire congregation had the privilege of performing aarti to the Lord on this auspicious occasion, Acharya Swamishree performed the flag-raising ceremony, during which Shree Swamibapa Pipe Band saluted Lord Swaminarayanbapa Swamibapa and Acharya Swamishree.

His Divine Holiness Acharya Swamishree then presided over the conclusion of the recital of the Shree Ghanshyam Leelamrut scripture, before showering His divine ashiward on everyone present.

As a finale to the five-day festival, Acharya Swamishree gave His divine darshan during a rang-utsav, during which he sprayed coloured water over everyone present. Disciples of all ages were covered with the red colour in what was a truly memorable climax to the day. 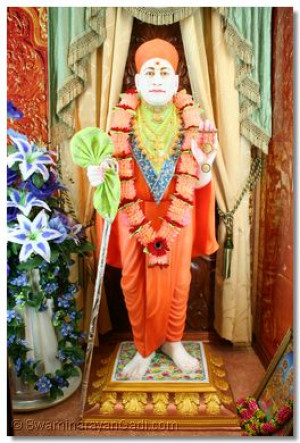 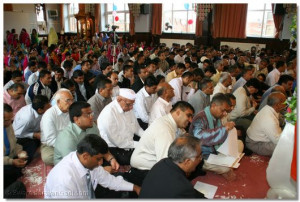 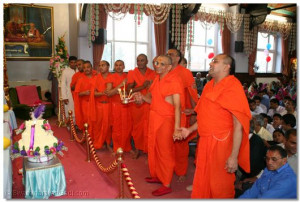 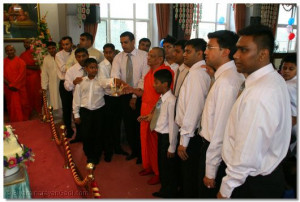 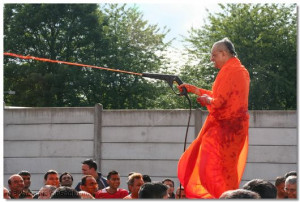 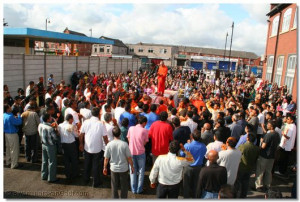