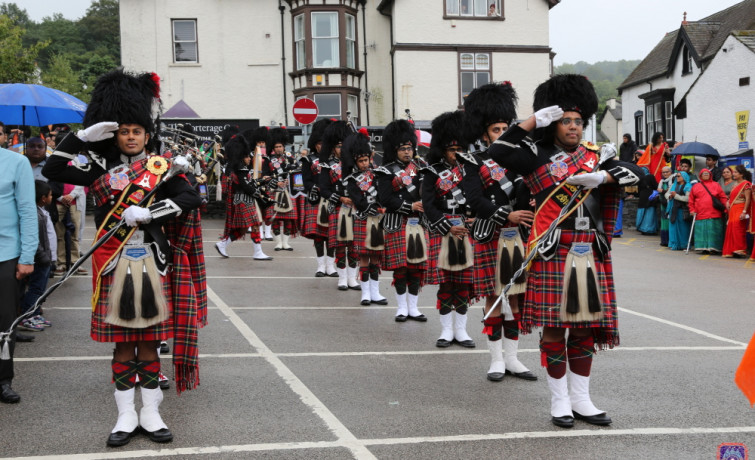 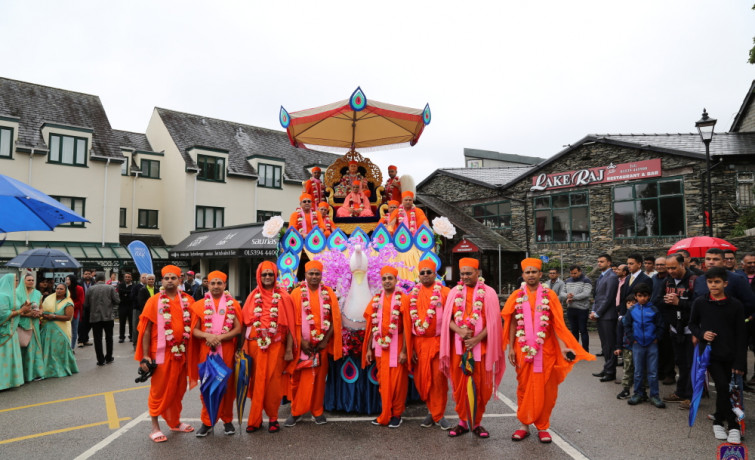 On Monday 20th August, hundreds of disciples of Shree Swaminarayan Gadi Sansthan from all over the world gathered in the Lake District town of Bowness-on-Windermere, UK to celebrate the life and times of our beloved Gurudev Jeevanpran Shree Muktajeevan Swamibapa. 2018 marks 39 years since Jeevanpran Swamibapa departed this world in 1979 – with His last days spent in this tranquil town, making it a sacred site of pilgrimage for His disciples the world over.

The contingent of disciples this year was perhaps the largest it has ever been, partly due to the international Swaminarayan Gadi family already being in the UK to celebrate the Grand Opening festival of Shree Swaminarayan Mandir in Kingsbury, London earlier this month. This magnificent new monument is itself a realisation of Jeevanpran Swamibapa’s vision to build a traditional, majestic temple here.

Perfect weather provided the backdrop to a beautiful parade, which wound its way from the town centre to the ferry piers. Hundreds of local residents and tourists lined the route - awestruck by the sight of Acharya Swamishree Maharaj presiding on an ornate chariot and the sound of melodious bagpipes emanating from Shree Muktajeevan Pipe Band London and Shree Swaminarayan Gadi Pipe Band Bolton. This spectacle has in recent years become the town’s most anticipated tourist attraction.

Once at the pier, Acharya Swamishree Maharaj, sants and disciples re-enacted much of Jeevanpran Swamibapa’s final divine sports, taking a short cruise on the lake followed by a congregation and lunch atop of what has since been affectionately coined ‘Swamibapa Hill’. A tree planted at the foot of this hill and a plaque aboard the very vessel that Jeevanpran Swamibapa sailed on that day in 1979, serve as subtle but permanent reminders of the significance of the area. 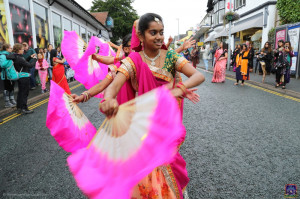 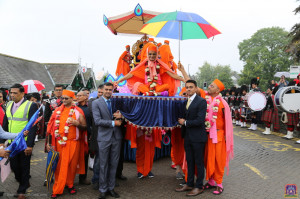 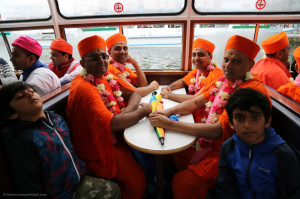 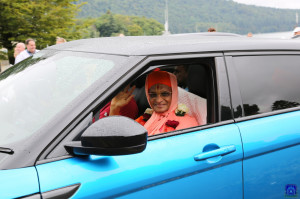 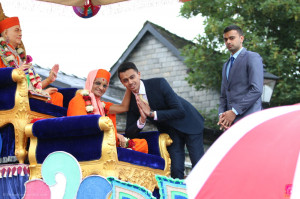 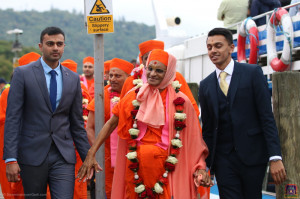