The final poonam (full moon) of the Hindu calendar, Aso sud poonam, is referred to as Sharad Poonam, also called Kojagari Poonam. "Kojaagarti" literally translated from Sanskrit means "who is awake". The scriptures say that during this night, the deity Laxmi, goddess of wealth travels through the sky and visits every home looking for people who are awake and she offers wealth and prosperity to whomever she finds. 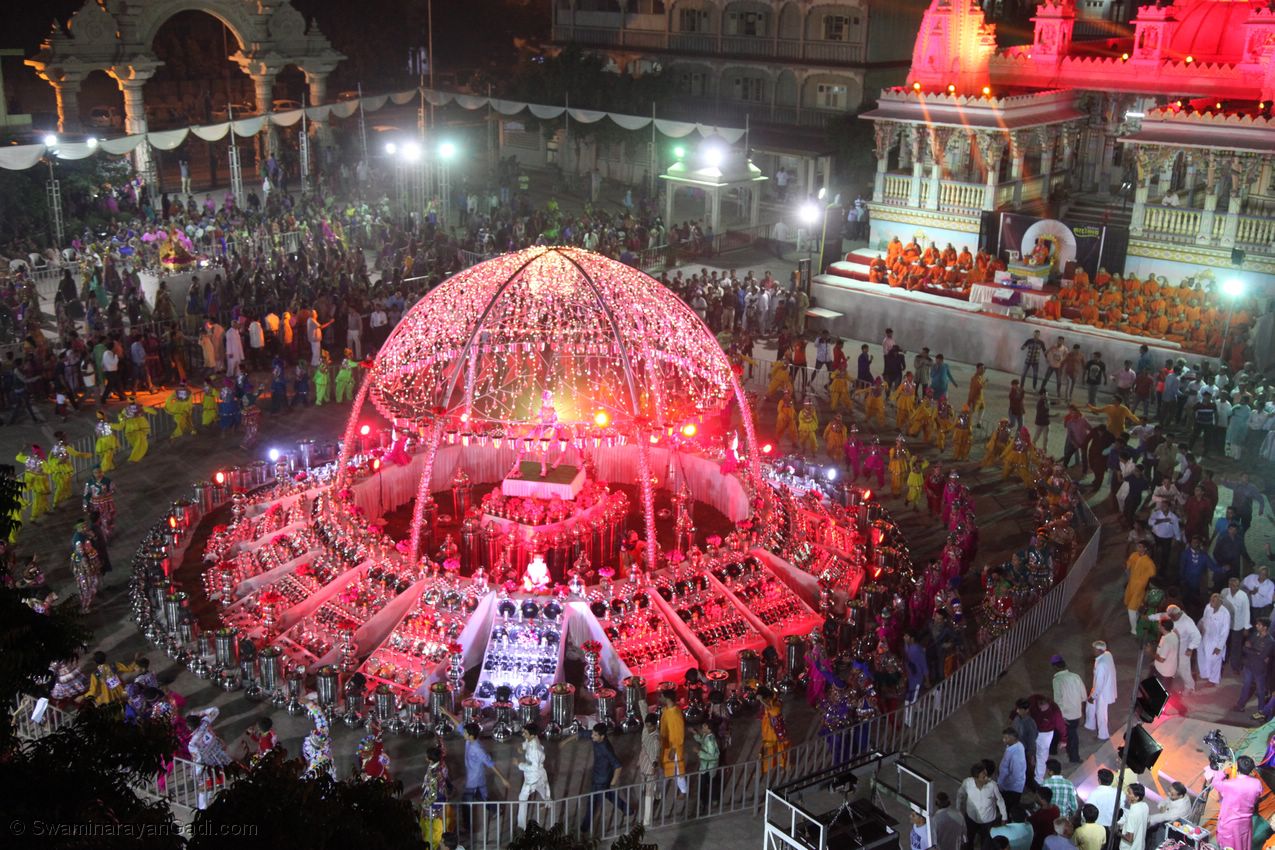 This celebration coincides with the annual harvest. It is sometimes referred to as "Navanna" (new food). From this day, the new grain is usually eaten.

This poonam is also referred to as Sharad Poonam. It is said that the full moon on this night is extra bright and clear. It is usually the first moon after the monsoon rains and marks the start of the Sharad (between monsoon and winter) season. Thus people meet and feast together on this day under the vast canopy of the magnificent moonlight. In India, splendid silver ornament displays are created in the chowk (village or Temple forecourt or square). The bright moon reflected from the silver pervades a peaceful setting, around which everyone dances.

For a disciple of Lord Swaminarayan, the festival takes on a spiritual purpose. The "Jaagarti" refers to being awake, or alert that the mundane worldly desires of passion, lust, anger, greed and the other internal enemies are not entered within us but are reflected back. Just as the moon is pure, our hearts must remain pure for the Lord to reside there. Just as the silver reflects the lustre of the moon, we too are vigilant to remain faithful to and true reflections of the Lord's wish and abide by His commands. But, if the silver plates are tainted, the light cannot be reflected. Similarly, if our minds and hearts are marred, the Lord's commands cannot be abided by. -Jeevanpran Swamibapa says that this is the time to be truthful and honest with oneself and consider truly how faithful we are to the Lord's will. 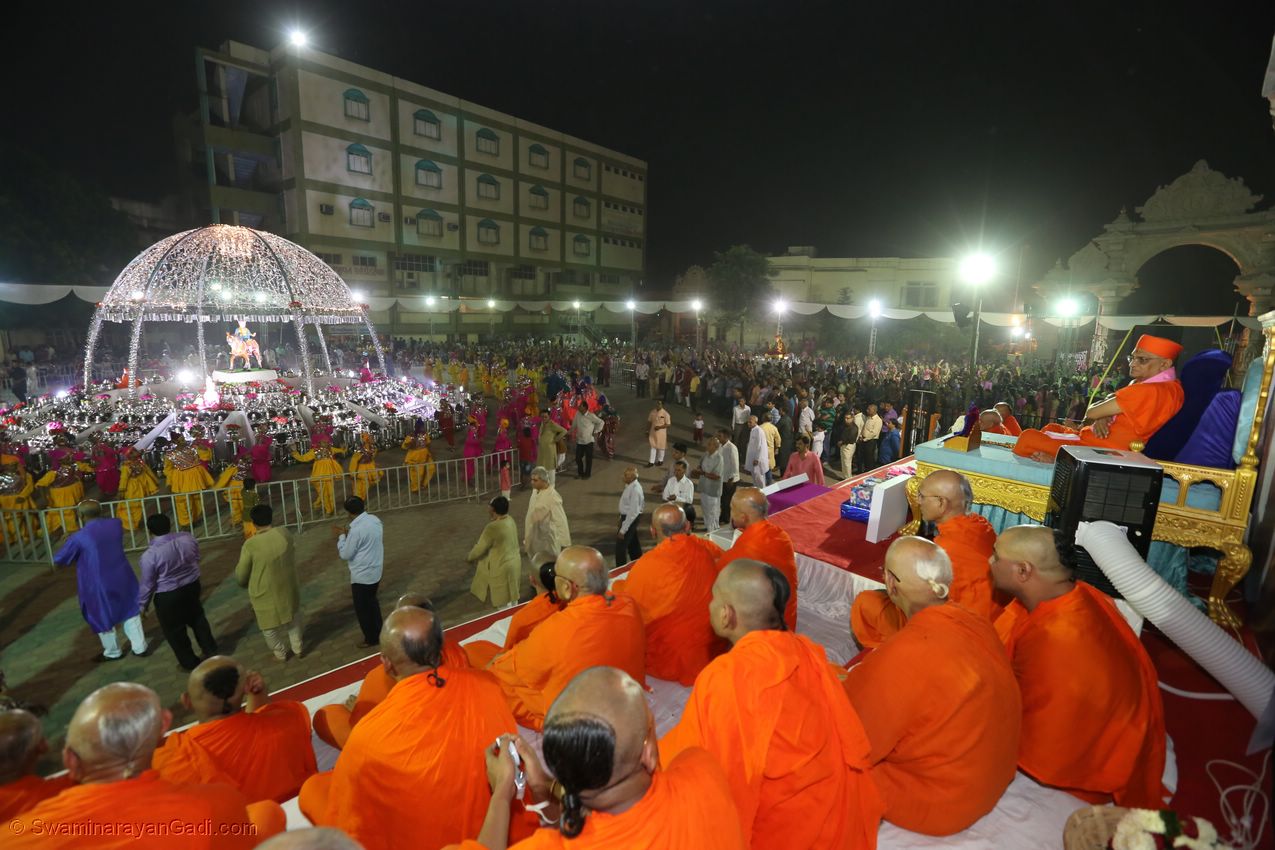 Just as the cooling, refreshing moon disperses a tranquil peace, the Lord's divine murti seated amongst the silver ornaments pervade a divine peace within all who come for this darshan. In celebration of such divine darshan, the disciples dance and sing the glory of the Lord.

On this day, doodh pawa, sweetened milk with flattened rice soaked in it, is offered to the Lord and then distributed as prasad.