The Adhik month and the Chaturmas are considered very auspicious and extra observances (vrat) are taken. One of the major vrats taken is to attend religious discourses. To facilitate this important observance, special Adhik Mas / Chaturmas discourses, lasting 5 days, are held in all the major Temples of Shree Swaminarayan Gadi Sansthan. 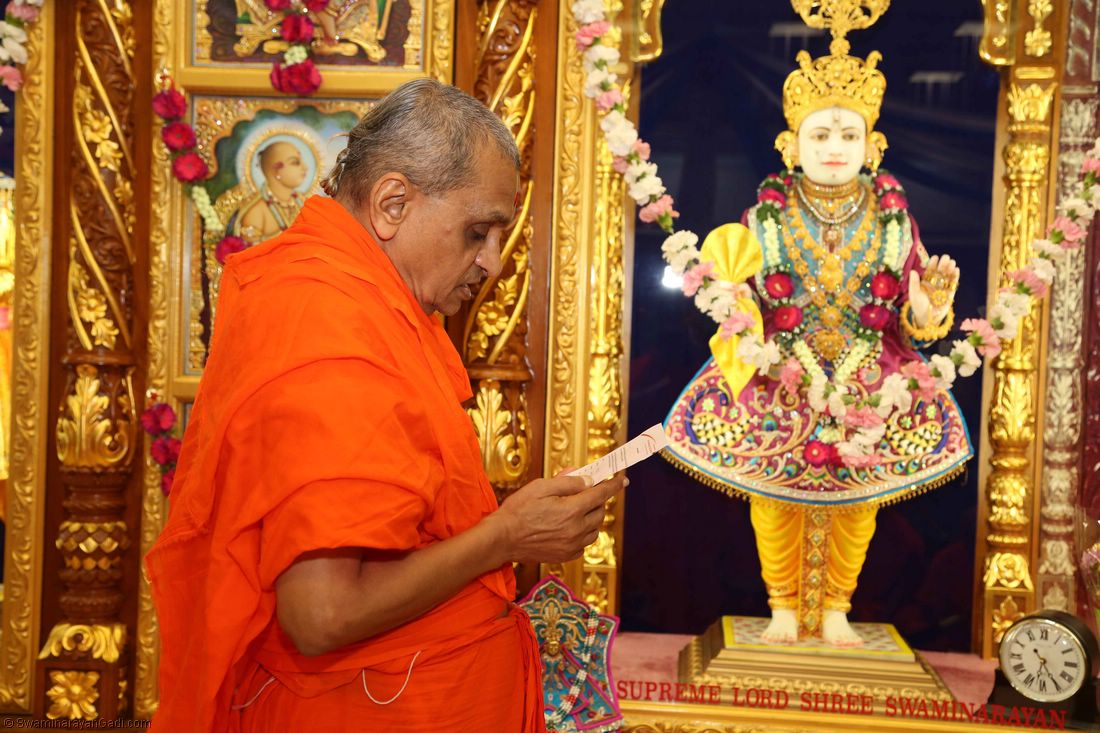 The Hindu calendar is based around the lunar cycle. Since this calendar is based around the phases of the moon, a lunar year lasts for 354 days. This creates a difference of 10-11 days between the lunar and solar years. When this accumulated difference exceeds 29 days, approximately every 3 years, an adjustment is made with an extra month, the Adhik (extra), or Purushottam Mas. The extra month carries the name of the next month.

The year Samvat 2060 (2004 CE) is such a year where we have an Adhik Mas. We have 2 Shravan months, the first is the Adhik month, which starts on the 18th July and ends on the 16th August. The annual Shravan month begins on the 17th August. 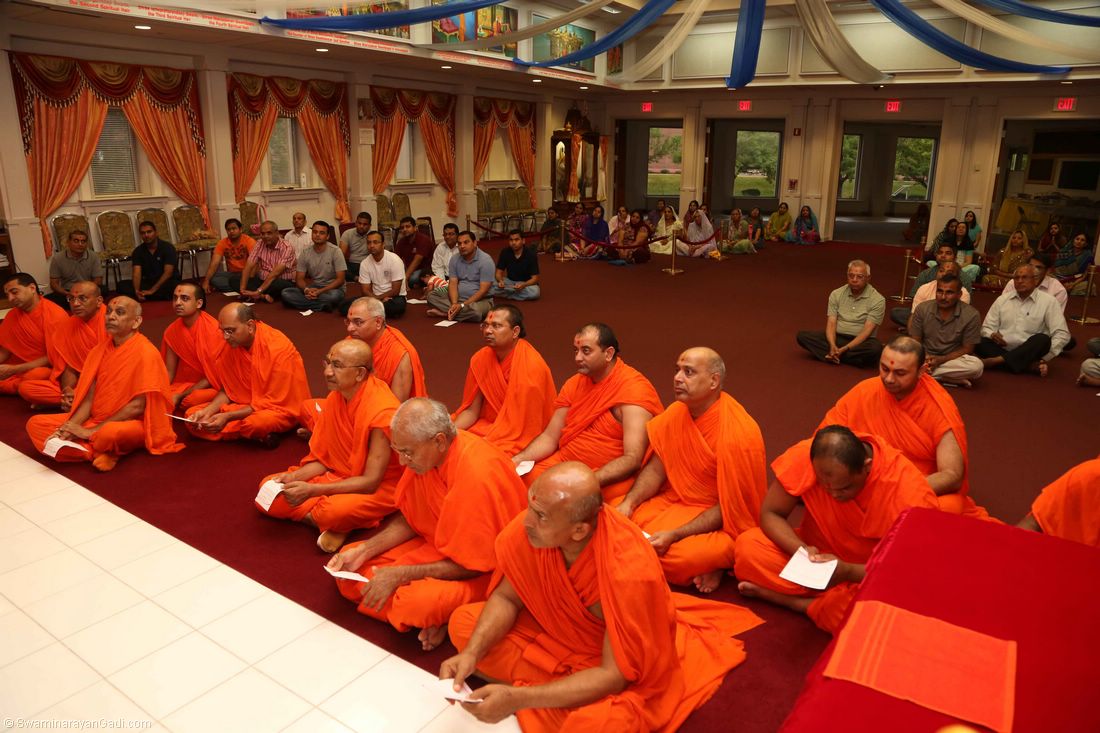 The Shravan month falls within the auspicious Chaturmas. The 4 month period between Ashad sud ekadashi (Devshayni Ekadashi - usually falls around July) and Kartik sud ekadashi (Prabodhini Ekadashi - usually falls in October / November) is referred to as the Chaturmas, literally, 4 months. During this time, all disciples will take extra vows such as fasting, scripture recitals, meditation and other religious observances as described by Lord Swaminarayan in the Shikshapatri, sloks 76-78.

A story is narrated in the Purans about the deity Ekadashi, such named because she emerged from the one of the Lord's indriya. There are 5 gnaan indriya, senses, and 5 karma indriya, the controlling organs of these senses. The mind controls all the organs so is considered the 11th organ. Ekadashi literally means eleven, ek + dash, 1 + 10 = 11. The deity Ekadashi was granted her wish and was allowed by the Lord to reside in his eyes for the duration of the chaturmas. Thus the Lord is said to hibernate during this period. That is why the Ashad sud 11 is also referred to as the Devshayan (dev - Lord, shayan - sleep) ekadashi. During the period that the Lord is resting, disciples will practice extra religious practices (niyams) to please the Lord.

On a practical level, this time period is when the monsoon season falls in India. As a result of the heavy rainfalls, it would be impossible for the wandering sages and preachers to travel the land to preach and offer spiritual guidance. Therefore, during this period they would remain resident at one place. As they are no longer travelling, they have spare time, which is occupied with the extra vows, and thus they further please the Lord.

The Adhik month and the Chaturmas are considered very auspicious and extra observances (vrat) are taken. One of the major vrats taken is to attend religious discourses. To facilitate this important observance, special Adhik Mas / Chaturmas discourses, lasting 5 days, are held in all the major Temples of Shree Swaminarayan Gadi Sansthan.

Many years ago, during one of the Chaturmas seasons, Sadguru Shree Ishwar Bapa sent Jeevanpran Swamibapa to tour the villages and perform the special discourses. He used to recite the Sanskrit Granth the Satsangi Jeevan and the Shikshapatri Bhashya. At that time, Jeevanpran Swamibapa asked Sadguru Bapa, "In all the Granths that we read in the Chaturmas, the supremacy of Lord Swaminarayan is not clearly stated. Is there a scripture in which the true supreme status of Lord Swaminarayan is written, and the pure unadulterated tenets of Lord Swaminarayan are clearly stated?" Sadguru Bapa replied, "Yes there is. Lord Swaminarayan Himself gave this divine scripture to our Gopal Bapa who gave it to Nirgun Bapa, who in turn passed it to me (Ishwar Bapa). This scripture is now with you (Swamibapa). It has never been written down, but has been passed by mouth through our divine lineage. Only these divine individuals know and can comprehend how great our Lord Swaminarayan truly is. My wish is that you (Swamibapa) will write down this divine scripture."

After the Amrut Mahotsav celebrations in 1977 CE, Jeevanpran Swamibapa started writing the divine scripture that had been passed down our spiritual heritage. He named it, Shree Swaminarayan Bapa Charitramrut Sagar. It is written in Sanskrit. In Hinduism, the largest granth is said to be the Bhagwat Gita. The Swaminarayan Bapa Charitramrut Sagar comprises of even more verses than the Bhagwat Gita. This great, divine scripture is recited during the Adhik Mas / Chaturmas discourses.