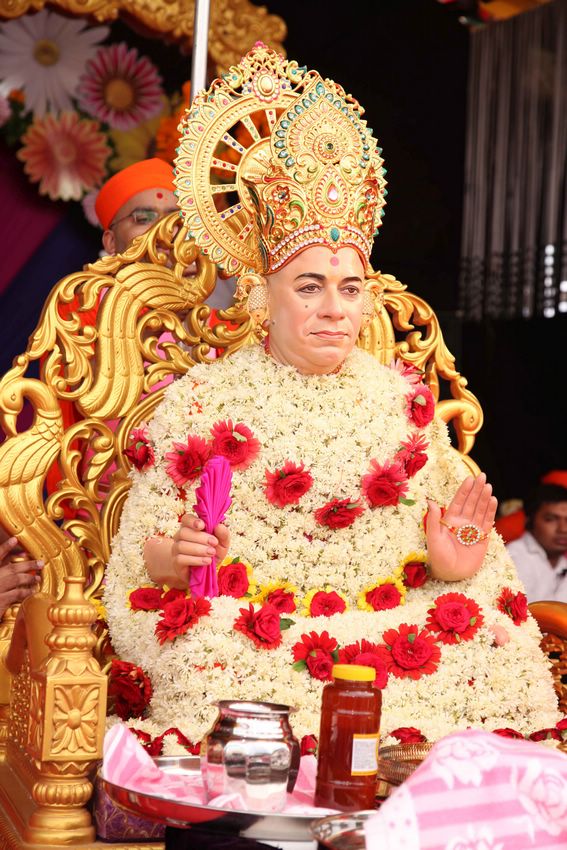 He was a remarkable, divine personality who revolutionised the entire Swaminarayan Faith, and his pioneering teachings of performing humanitarian and charitable work in addition to religious duties have now been followed by all.

Fulfilling the promises of Jeevanpran Shree Abji Bapashree and many of the eminent Sadguru Sants, the divine personality, who represented the supreme Lord Swaminarayan Himself, manifested upon the Earth in Samvat 1963 Bhadarva Vad Amas (Monday 7th October 1907). Shree Muktajeevan Swamibapa manifested at the home of Muljibhai and Ichhaba in the village of Kheda. His name prior to initiation as a sant was Purushottambhai. 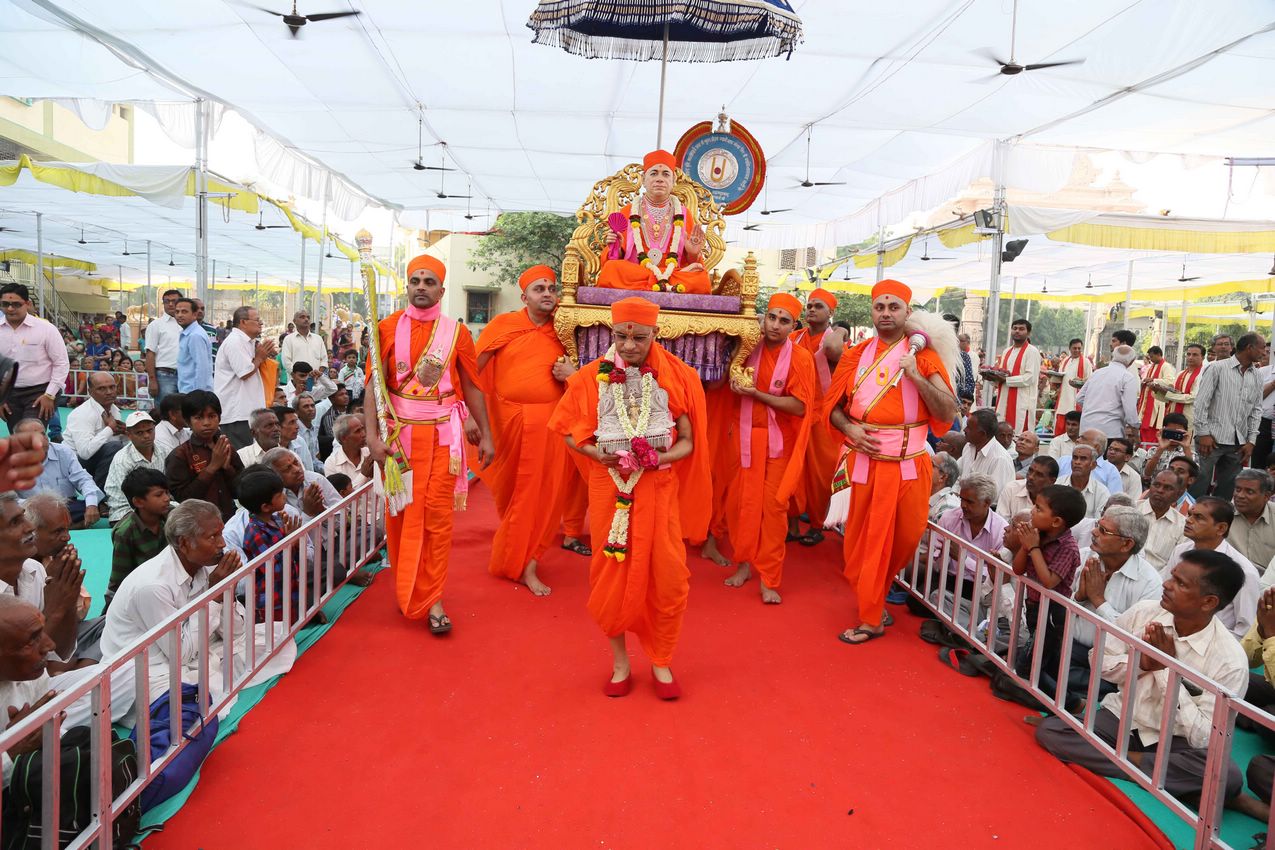 Jeevanpran Swamibapa’s Murti is ceremonially carried to the stage

To celebrate Jeevanpran Shree Muktajeevan Swamibapa’s auspicious manifestation day, sants and disciples hold a procession, during which Swamibapa’s Murti is ceremonially carried on a palanquin to the stage, where grand adoration ceremony is performed. 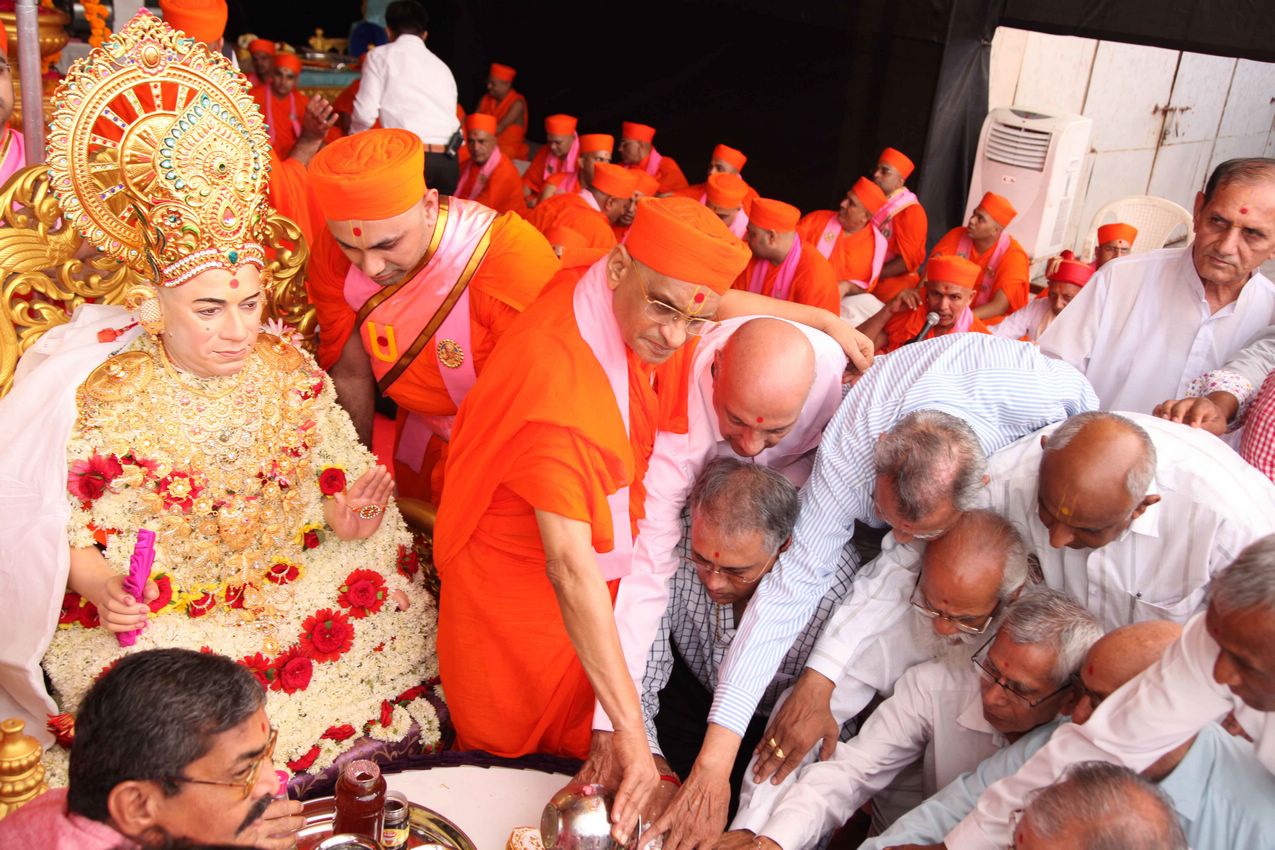 Finally, aarti is performed by Acharya Swamishree and sants, and then disciples are given the opportunity to perform the sacred aarti ceremony.

This joyous occasion is one of the most sacred days in the calendar for Shree Swaminarayan Gadi disciples.