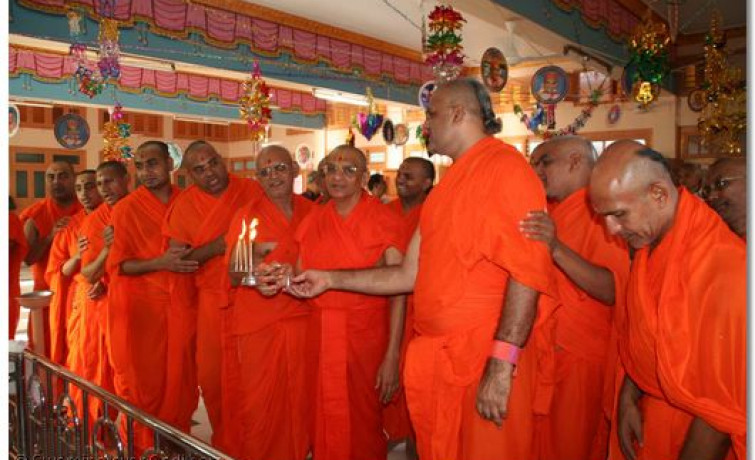 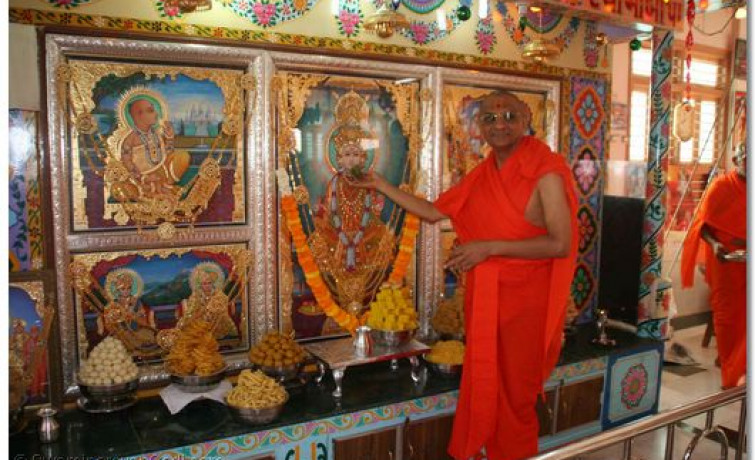 Fifty years have passed since the Temple was established. In celebration, with the inspiration of Acharya Swamishree, and as a facet of Shree Muktajeevan Swamibapa Shatabdi (Centenary), a 5 day, auspicious festival was held from Monday 16 April to Friday 20 April 2007.

Jeevanpran Shree Muktajeevan Swamibapa established a new Temple of the divine Karan Satsang in the village of Naranpur, Kutch in Samvat 2013, Vaishakh Sud 3.

Fifty years have passed since the Temple was established. In celebration, with the inspiration of Acharya Swamishree, and as a facet of Shree Muktajeevan Swamibapa Shatabdi (Centenary), a 5 day, auspicious festival was held from Monday 16 April to Friday 20 April 2007. 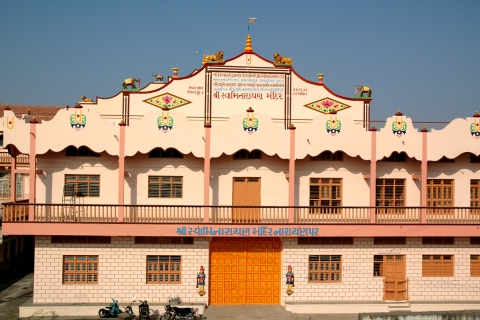 During the morning, a procession was held from the Temple to the site where the festival assembly was held.

Communal devotional dancing was held during the evening. Sants and disciples, and also many others from the village and surrounding regions took part. The renowned Bollywood singers, Sanjay Omkar and Kirti Sangathia sang devotional songs whilst the disciples danced around the Lord.

As it was Shree Sadguru Din, from the early hours of the morning, Acharya Swamishree sat everyone down in continuous meditation.

A procession was then held from the Temple to the assembly marquee.

The sants continued the recital of the Vachanamrut scripture.

On the third day of the Golden Jubilee Festival, Acharya Swamishree presided on a chariot and a procession was held from the Temple.

The recital of the sacred scripture, Vachanamrut Rahasyarth Pradeepika Tika, was performed by the sants.

During the evening, a religious drama was enacted by the disciples of Bavla, entitled ‘Samjo to Saaru’ (if you understand, it will be beneficial [for you]). The main theme of the drama was that good behaviours and characters must be taught to children from the time they are very young; and for that to happen, the parents need to demonstrate good, moral behaviour. Only in this manner will the children develop a have a good foundation, which will be beneficial for their entire life.

Accepting the wishes of the disciples, Acharya Swamishree rode a horse to the assembly marquee and bestowed all with His unforgettable, divine darshan.

The conclusion of the scripture recital was then performed. The loving disciples brought gifts and presented them at the Lord’s lotus feet.

During the afternoon, a grand procession was held through Naranpur. Lord Shree Swaminarayan, Jeevanpran Shree Abji Bapashree, Jeevanpran Swamibapa and Acharya Swamishree presided on decorated, ceremonial elephants and gave darshan to all the disciples and onlookers. Throughout the procession, a helicopter showered flower petals on everyone.

At the end of the procession, a firework display was held in a nearby farm.

On the final day of the Golden Jubilee Festival, Acharya Swamishree performed the patotsav ceremony of the Lord in Shree Swaminarayan Temple Naranpur.

An array of different foods, in the form of an annakut was presented to Lord Swaminarayanbapa Swamibapa. A magnificent cake, comprising of 50 individual cakes, was also presented before the Lord.

Young disciples performed a spectacular dance, involving coloured ribbon, flags and banners being suspended from the balcony surrounding the perimeter of the Temple.

On behalf of all the disciples of Naranpur, representatives from the village presented Acharya Swamishree with a ceremonial shield. 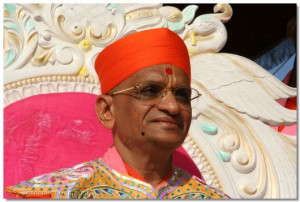 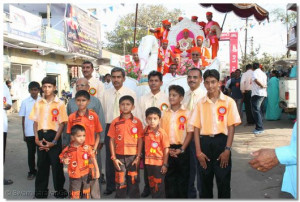 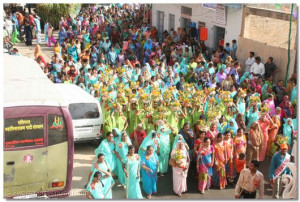 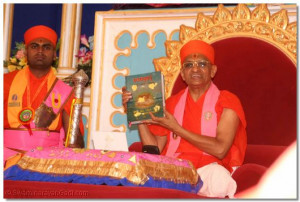 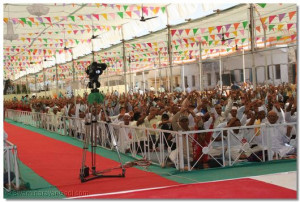 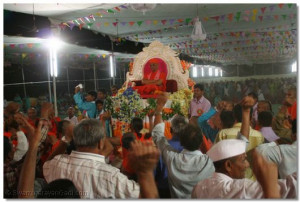