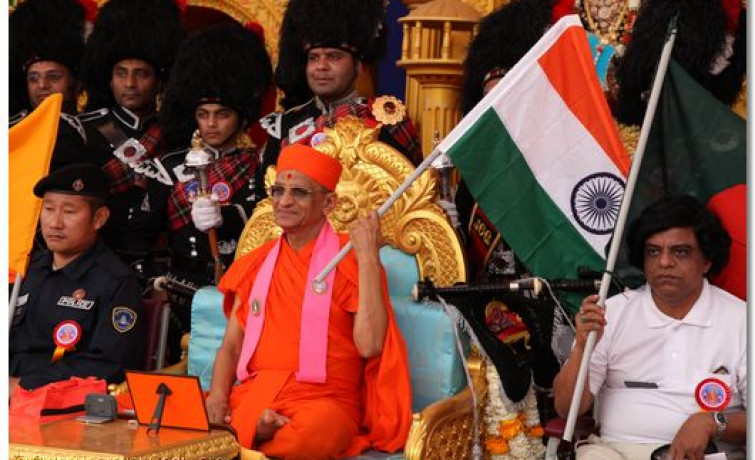 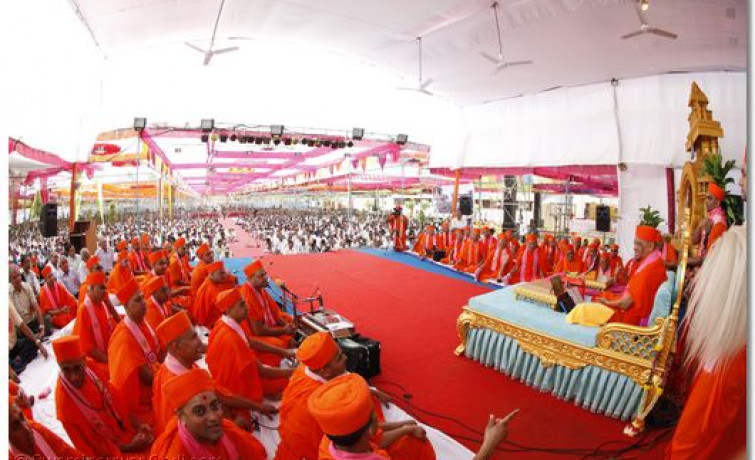 Acharya Swamishree was ceremonially led from the temple to the assembly marquee, with sants and disciples leading the parade. Shree Muktajeevan Pipe Band saluted Lord Swaminarayanbapa Swamibapa and commenced the procession.

Disciples who had held recitals of Shree Swaminarayan Gadi Granth performed the mahapooja ceremony, and then the recitals commenced.

Acharya Swamishree bestowed divine blessings, in which He said:

With the inspiration of Acharya Swamishree, Shree Muktajeevan Disaster Relief Academy has been established. This is the only such non-government institution in India who train and remain ready to provide help to people at times of natural disaster or to save lives during terrorist acts. Furthermore, such efforts have been established in the Saarc countries, the South Asian Association for Regional Cooperation, which also has groups in Pakistan, Shri Lanka, Afganistan, the Maldives, Nepal, Bangladesh and Bhutan.

During the afternoon of Tuesday 6 March 2012, a historical event took place at which representatives of all these countries came together for the first time. People of all faiths sat together on one stage and were blessed by Acharya Swamishree for their admirable efforts to eradicate acts of terrorism in the world. Acharya Swamishree said in His divine blessings that Lord Shree Swaminarayan was an advocate of peace, unity and compassion, and seeing His genuine love for people of all faiths and cultures, people from all statures of society became devoted to Him.

After taking prasad, all the sants and disciples reassembled in the marquee to see a video of Jeevanpran Shree Muktajeevan Swamibapa when He performed the inauguration of Shree Swaminarayan Mandir in Swaminarayan Palli in 1974 and in Vaghjipur in 1975. This historical footage was augmented with commentary from senior sants who were present on those occasion. 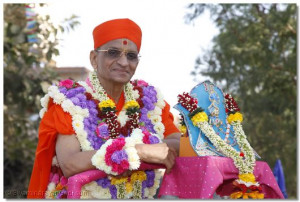 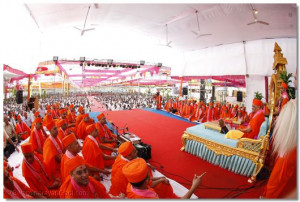 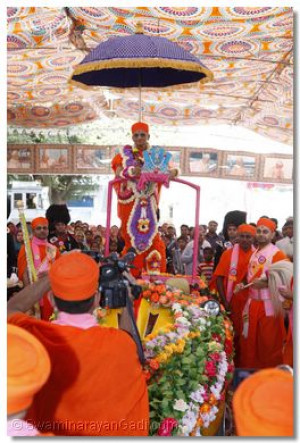 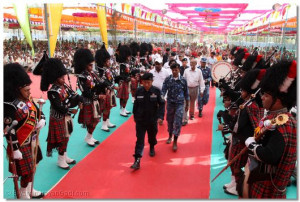 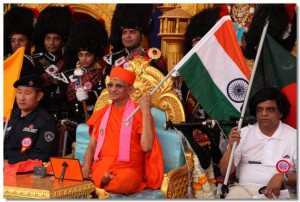 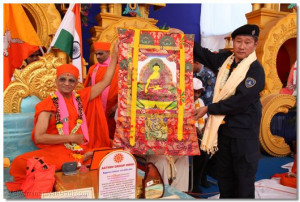