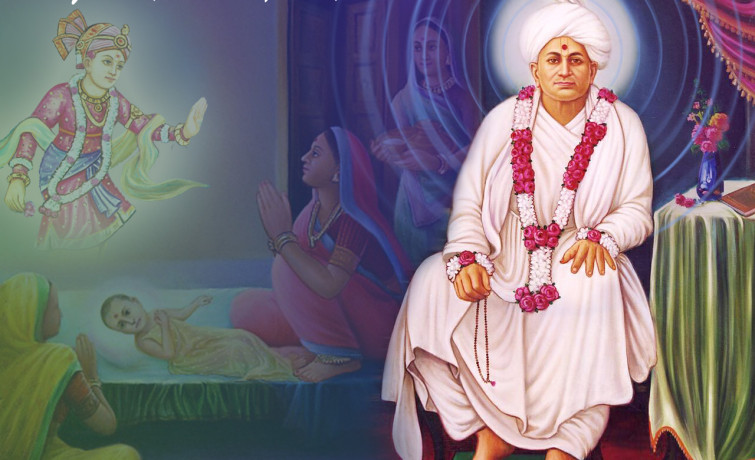 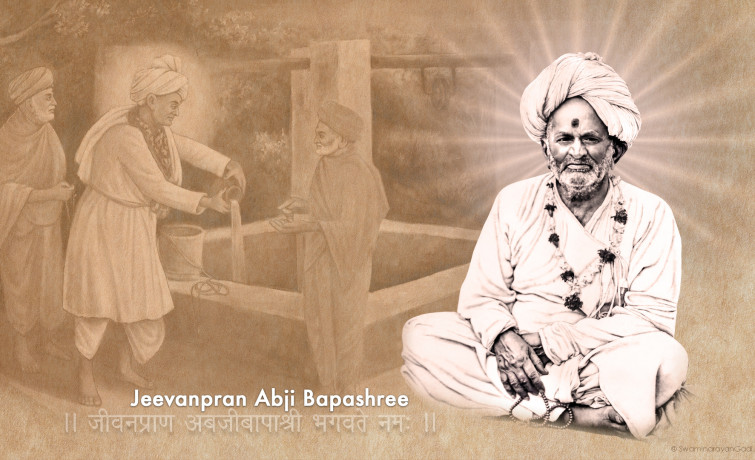 On the 26th November 2001 temples around the world will celebrate the manifestation of Jeevanpran Abjibapashree.

The Prabodhini Ekadashi (Kartik sud ekadashi) is when the chaturmas comes to an end. This is the first ekadashi after the Diwali festival. The day is also referred to as the prabodhini ekadashi. Prabodh means to awaken. This is the day that the Lord (Dev) is said to arise from his 4-month sleep. It is therefore sometimes also referred to as Dev Prabodhini Ekadashi. Again, because the Lord awakens, this day is also called the Dev Oothi (wake-up) ekadashi. The sentiments for the Lord's disciples behind this day go further. We have to remain vigilant that from this day, the Lord within us also arises, i.e. the divinity of the Lord is present and rejuvenated within us.

During the chaturmas period, the wandering preachers would have remained resident at one place. But by now, the monsoon rains would have ended. The climate would have become such that the wandering preachers are able to resume their travels. So they will give up the place where they were living for the chaturmas and start preaching and providing spiritual guidance to the people. The extra observances taken by all disciples conclude on this day.

Thus, the Kartik sud ekadashi is considered the most important ekadashi of the year. Celebrations last for 5 days; ending on the poonam (full moon day). This poonam is also called Dev Diwali.

For disciples of Shree Swaminarayan Gadi, the day has an even greater significance as six great historical events occurred on this day.

Due to the significance of this day, a 24-hour continuous dhoon is held at the headquarters of the Karan Satsang, Shree Swaminarayan Temple, Maninagar, in the presence of His Divine Holiness Acharya Swamishree. Continuous dhoon is also held for shorter periods of time at all Swaminarayan Gadi Temples around the world.