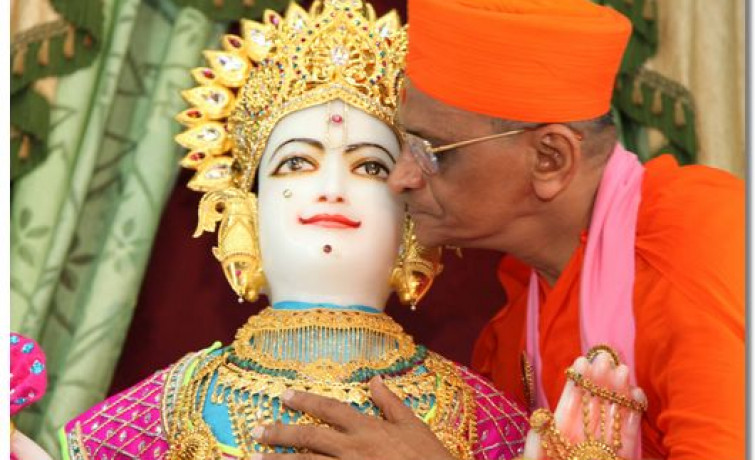 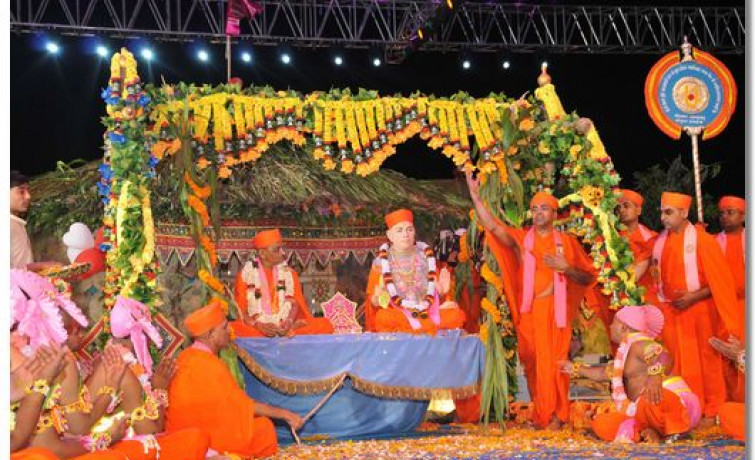 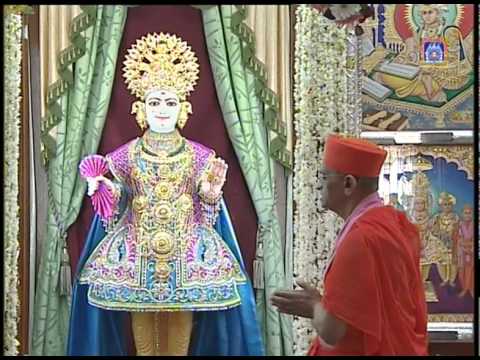 Following the ceremony, disciples had an opportunity to offer aarti to the Lord. Prasad lunch was taken by all to conclude the sixth morning of the Mahotsav. 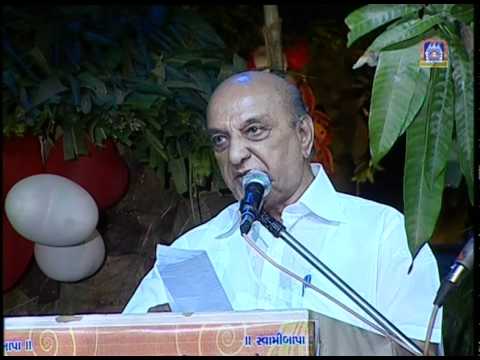 At approximately 8.30 pm, His Divine Holiness Acharya Swamishree arrived at Shree Kutchi Leva Patel -RD Varsani ground where thousands had turned out for His darshan. Acharya Swamishree showered His divine darshan on everyone from high above – His gondola hoisted in the air by a crane. Everyone had a chance to have a glimpse of his divine darshan, and no one missed out.

To celebrate the Golden Jubilee of Acharya Swamishree’s initiation as a sant at the divine hands of Jeevanpran Swamibapa, Shree Vasantbhai Patel delivered a touching tribute about Acharya Swamishree early years and how he came to enter the Sant fraternity. Shree Vasantbhai Patel composed a special kirtan for this occasion to which Sants and disciples performed a devotional dance. At the tender age of only twelve Acharya Swamishree left his home in Kutch-Bharasar to study at the Swaminarayan  boarding school in Maninagar, and with just one command of his Guru Jeevanpran Swamibapa, He unhesitatingly became a Sant.

Everyone in the audience was also given an individual candle, enabling them to participate in a mass aarti ceremony. The evening concluded with everyone participating in a huge samuh raas. 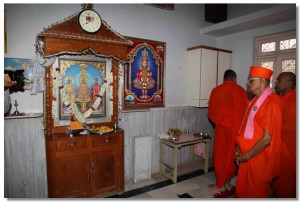 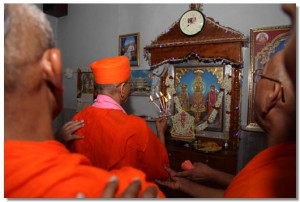 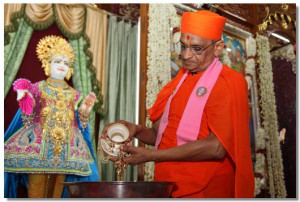 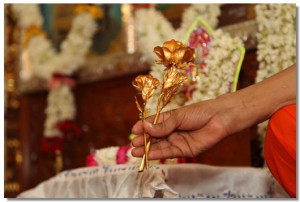 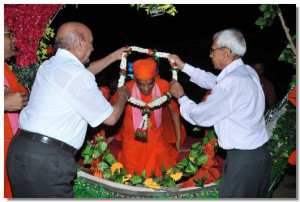 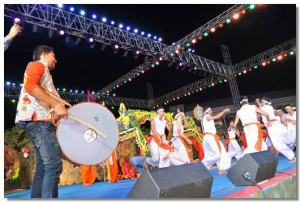