Just as the love of Shah Jehan for his wife, Arjuman Banu Begum is immortalised through the Taj Mahal, the divine spiritual love and absolute dedication of Acharya Swamishree towards Jeevanpran Swamibapa has been encapsulated in the form of Shree Muktajeevan Swamibapa Smruti Mandir.

In the past twenty-one years since its opening, many thousands of people, of all nationalities and faiths have visited the Smruti Mandir and experienced the spiritual peace and divinity that exists within every section of the Smruti Mandir; from each of the magnificent Murtis; every carving in its pillars and arches; every flower and shrub in its gardens; and every drop of water from its fountains.

At 8.00 am, Acharya Swamishree reached Smruti Mandir and performed the auspicious patotsav ceremony to Lord Swaminarayanbapa Swamibapa. The entire grand altar (sinhasan) had been decorated with fresh flowers. Thal was offered to the Lord, after which disciples were given the opportunity of performing aarti.

Returning to Maninagar Mandir, a special assembly was held. In His divine blessings, Acharya Swamishree described many of the wondrous events in the life history of Jeevanpran Swamibapa. He elucidated on Swamibapa’s revolutionary work for the benefit of society and reformation and protection of the true Swaminarayan Karan Satsang.

A number of new publications were inaugurated by Acharya Swamishree Maharaj in the presence of the chief guests. Numerous charitable donations were also given.

With the inspiration of Acharya Swamishree, Shree Muktajeevan Disaster Relief Academy has been established. This is the only such non-government institution in India who train and remain ready to provide help to people at times of natural disaster or to save lives during terrorist acts. Furthermore, such efforts have been established in the Saarc countries, the South Asian Association for Regional Cooperation, which also has groups in Pakistan, Shri Lanka, Afganistan, the Maldives, Nepal, Bangladesh and Bhutan. Earlier in the year, a historical event took place at which representatives of all these countries came together for the first time in Vaghjipur. Shree Muktajeevan Disaster Relief Academy is shortly to go on a tour of 18 Saarc countries, taking the peace message of India and Maninagar Shree Swaminarayan Gadi Sansthan to them all. Acharya Swamishree Maharaj conveyed His blessings to the team.

During the evening, a concert of devotional music was held in the vast grounds of Shree Swaminarayan Mandir Maninagar. 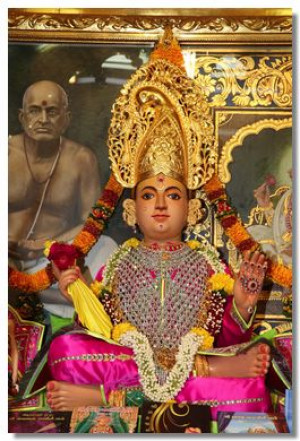 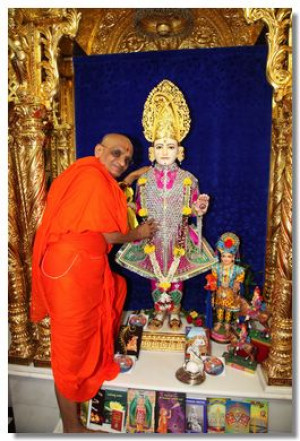 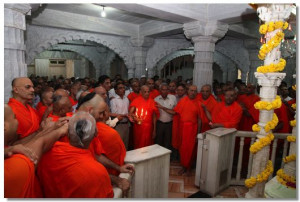 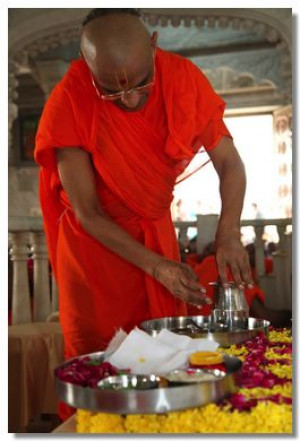 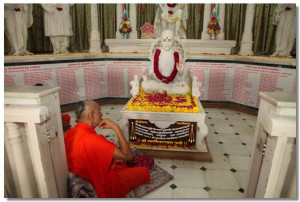 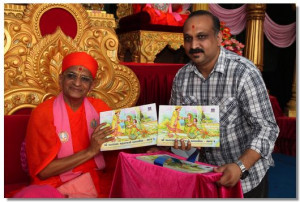