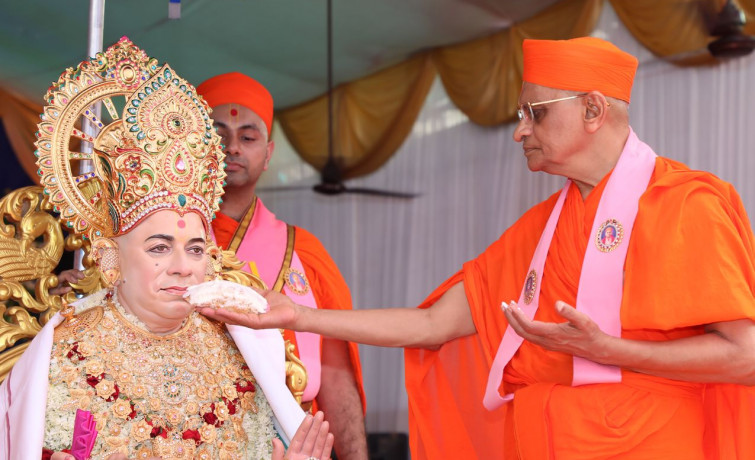 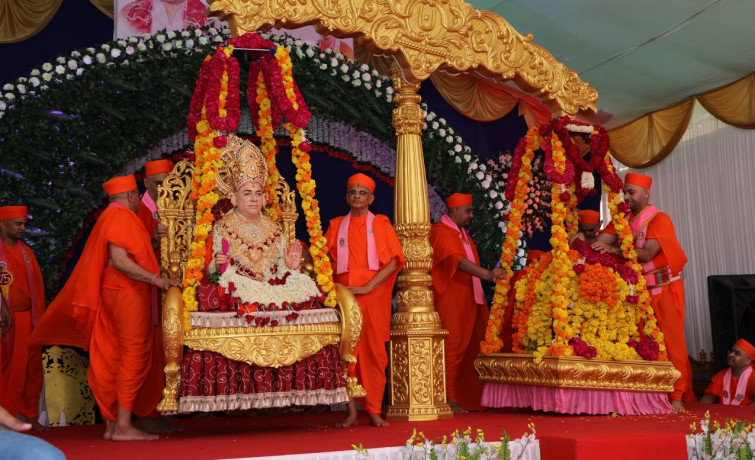 After performing the Shangar Aarti of the Lord in the main Mandir, Acharya Swamishree travelled to the Tower Mandir, from where a grand procession was held. 110 young disciples carried various gifts to present at the lotus feet of Jeevanpran Swamibapa. The procession proceeded to the ground of the Mandir, where the main assembly had been held. One by one, the disciples came to the front of the stage with their offerings and presented them with Acharya Swamishree to our Gurudev. Acharya Swamishree adorned Swamibapa with a grand, golden garland and moogat, before cutting the celebration cake.

This manner of adoration, referred to as the Shahi Swagat – was first performed to Gurudev Swamibapa in 1967, during the Shashtipurti (Platinum) Tula Mahotsav. Therefore, today’s Shahi Swagat marked 50 years since the first time this manner of reverential offering ceremony had been performed.

Jeevanpran Swamibapa’s tula ceremony was then performed, during which He was ceremonially weighed against fresh flowers, coconuts and sugar candy. This reminded disciples of the grand festivals held in 1957, 1967 and 1977, when Jeevanpran Swamibapa’s golden, platinum and diamond jubilees were held.

Gujarat Officials were also present to commend Acharya Swamishree Maharaj for His inspiration and support of the Shree Muktajeevan Swamibapa Rescue and Disaster Management Training Academy, which has formed allegiances with all the SAARC countries. 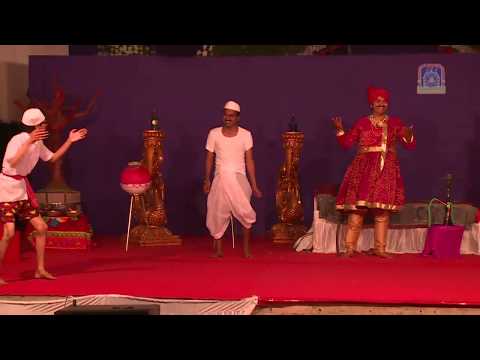 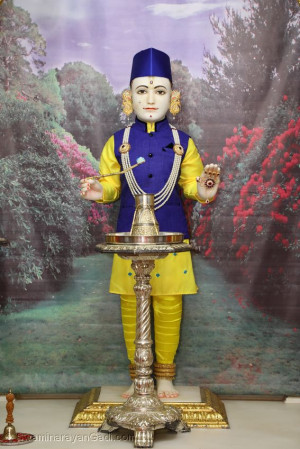 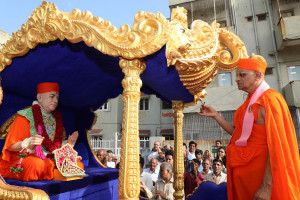 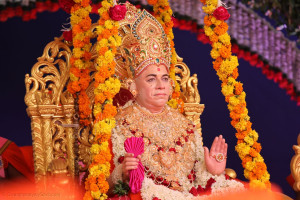 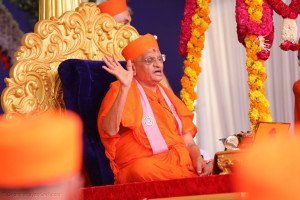 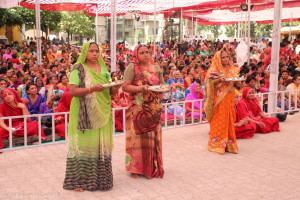 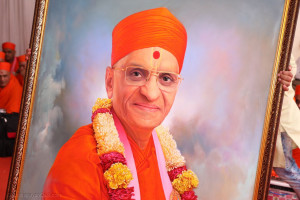