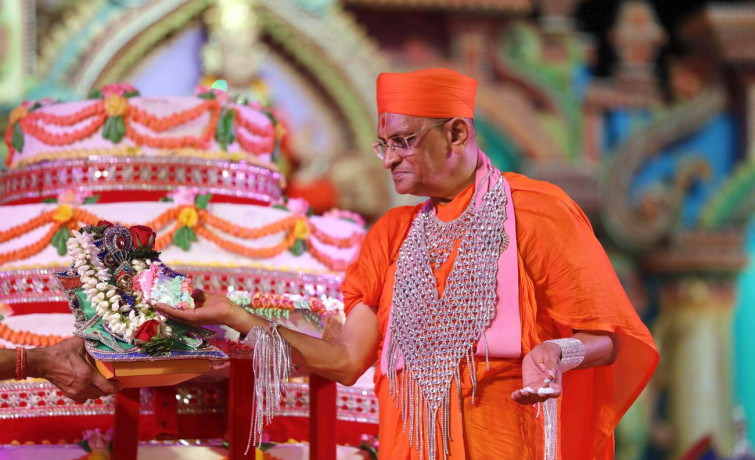 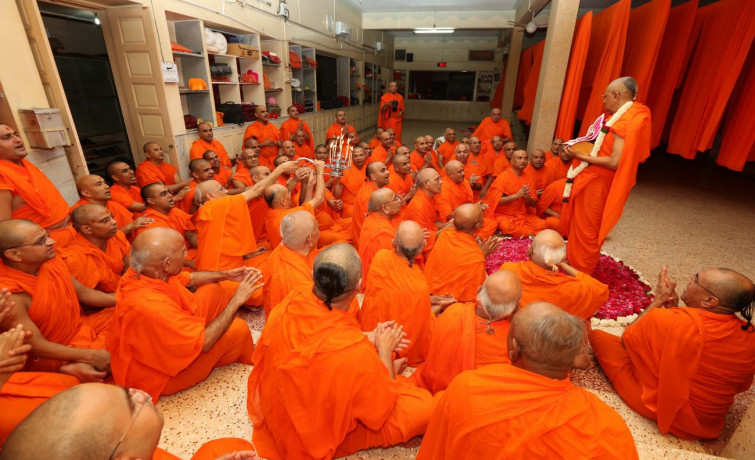 Throughout 2017, the 75th year of Acharya Swamishree Maharaj is being celebrated wherever He travels. However, the actual auspicious day of His manifestation was 28 May 1942. It is appropriate that this special day is celebrated in Maninagardham.

Throughout 2017, the 75th year of Acharya Swamishree Maharaj is being celebrated wherever He travels. However, the actual auspicious day of His manifestation was 28 May 1942. It is appropriate that this special day is celebrated in Maninagardham.

By the morning of Sunday 28 May 2017, thousands of disciples from around the world had descended on Shree Swaminarayan Mandir Maninagar in anticipation of this auspicious occasion; they were not disappointed as they day was filled with devotion, love and divinity.

The day commenced as Acharya Swamishree Maharaj emerged from His room early in the morning, outside of which the entire mandal of Sants was eagerly waiting for Him –  to have His blessings on this most memorable of days and to perform the first Aarti to Him.

The Sants had lined Acharya Swamishree Maharaj’s entire path from His room, through Brahm-mahol, down out of the Sabha Mandap and into the Mandir, with fresh, fragrant rose petals. They formed a guard of honour and continued to serenade Him with flower petals as He made His way into the Mandir to perform the Mangla Aarti. The Mandir was brimming with disciples, everyone eager to have Swamishree’s darshan today.

The main evening program was held in the vast grounds of Shree Muktajeevan Swamibapa Smruti Mandir. Leaders of many other Hindu Faiths had come to pay their respects to Acharya Swamishree Maharaj, including Jagannath Temple’s leader, Shree Dilip Dasji Maharaj, Sri Swami Adhyatmanandji from Sivananda Ashram and other leading Sants, Santram Mandir’s Sants, and senior Sants of the Haridham Sokhda Shree Swaminarayan Mandir, including Shree Prem Swami, and Shree Tyagvallabh Swami. Senior representatives of the Muslim and Parsi Communities too had come for Acharya Swamishree Maharaj’s darshan on this special day. The speakers all praised Acharya Swamishree for His relentless work for the progression of the eternal Sanatan Swaminarayan Faith, for the benefit of all humanity and the love and compassion He has shown in every respect. The words of their honouring demonstrated just how much He has touched the lives of thousands of people around the world, irrespective of Faith, caste, creed or social standing.

The presidents of various noteworthy institutions, doctors, judges, lawyers, councillors, magistrates, etc. were also present in the audience to pay their respects to Acharya Swamishree Maharaj.

A video biography of Acharya Swamishree Maharaj was shown on the multiple large screens that were situated along the sides of the grounds.

A new CD of devotional songs, Sadbhav Amrut Heli, composed for this special occasion was released by Acharya Swamishree Maharaj.

A grand cake, 3000 kg in weight, descended from the air onto the stage as the audience sang Happy Birthday to Bapa. Numerous garlands and mementos were also presented to Acharya Swamishree Maharaj.

This was a truly befitting celebration of our beloved Acharya Swamishree Maharaj’s 75th manifestation day. And it does not end there. The Sadbhav Amrut Yatra, a tour of the Australia, Malaysia, Japan and Singapore, and then the USA and UK, commences on 1 June 2017. In each region, the Sadbhav Amrut celebrations will be held in a truly splendid manner. 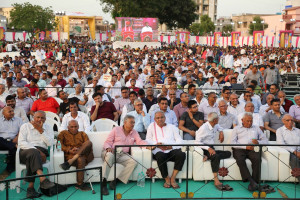 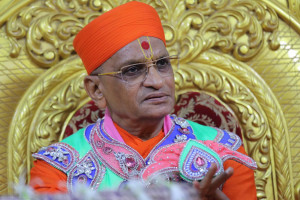 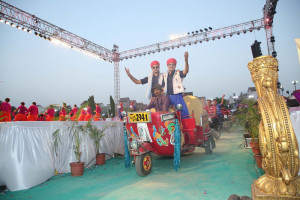 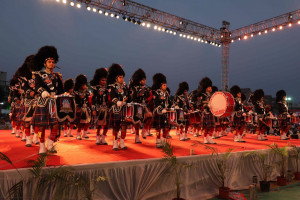 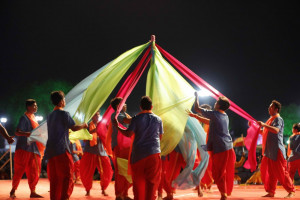 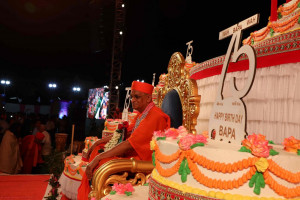