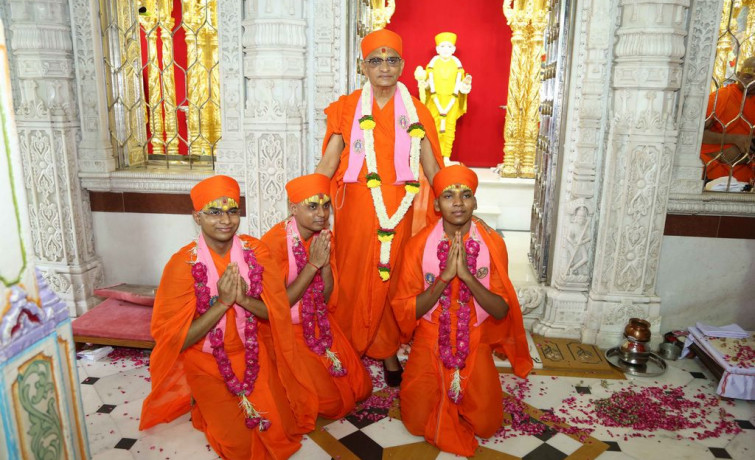 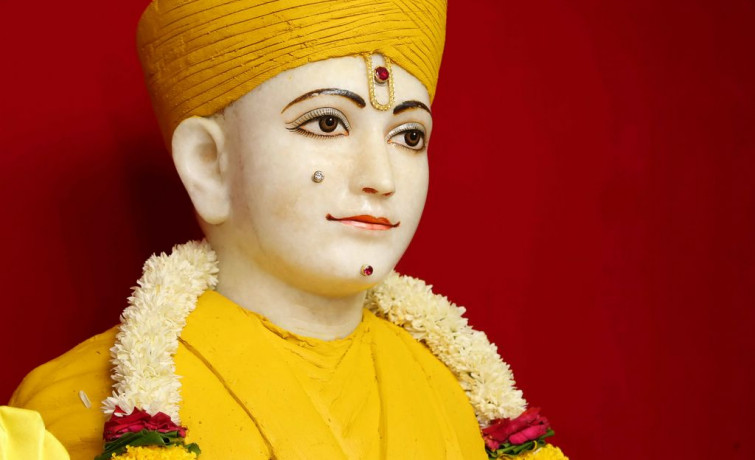 On Monday 22 May 2017, Acharya Swamishree Maharaj initiated 3 parshads into the Sant fraternity.

On Monday 22 May 2017, Acharya Swamishree Maharaj initiated 3 parshads into the Sant fraternity. As per tradition, the ceremony was performed before Lord Swaminarayan – Shree Ghanshyam Maharaj presiding at Maninagar Mandir.

The 3 parshads have been in training for becoming Sants for over a year. Having received the required training, and accepting the way of life that a Sant must live, the senior Sants recommended that they are worthy to receive initiation.

At the start of the ceremony, their former family members performed poojan to the Parshads for the last time, after which they were required to bathe. The Mahapooja ceremony was then performed in the Mandir with Acharya Swamishree Maharaj present. The Parshads removed their white robes and adorned saffron coloured clothing. Acharya Swamishree then whispered the ‘Guru Mantra’ in their ear, and gave them their new name. After performing aarti to the supreme Lord Shree Swaminarayanbapa Swamibapa, Acharya Swamishree Maharaj, the newly initiated Sants, and the senior Sants performed pradakshina around the Mandir to demonstrate their utmost of respect and reverence to their new home, Shree Swaminarayan Mandir Maninagar. 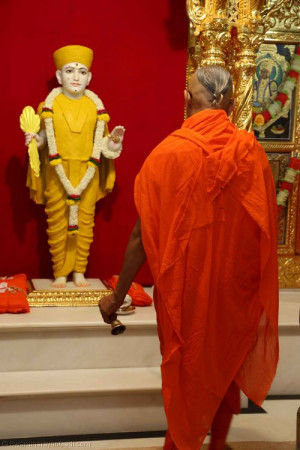 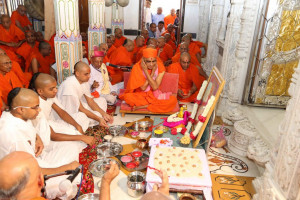 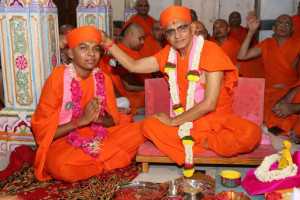 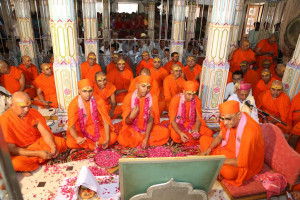 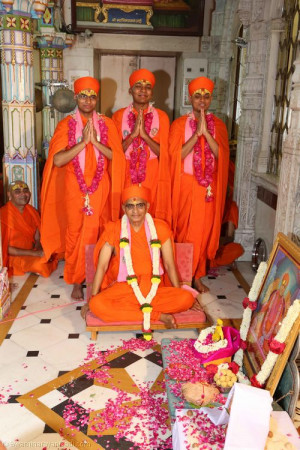 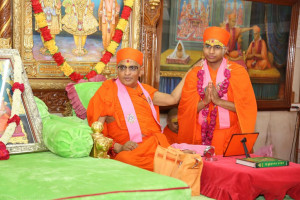