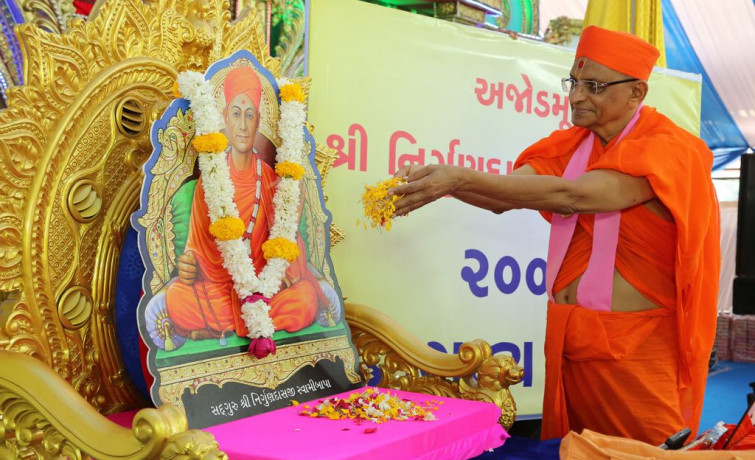 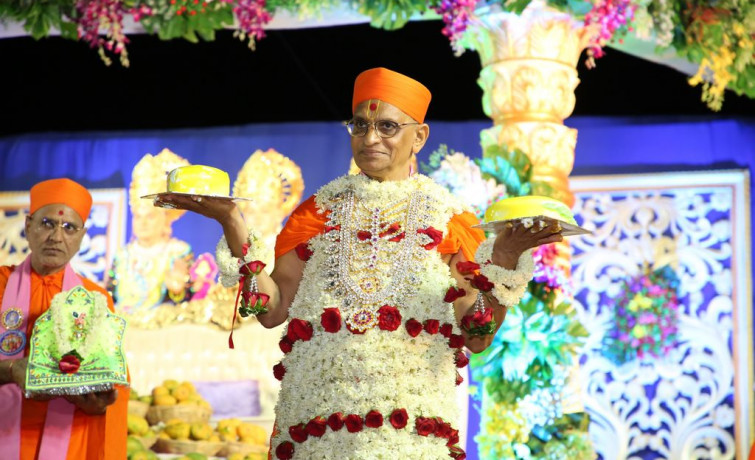 Bicentenary of Sadguru Shree Nirgundasji Swamibapa was celebrated on the 3rd day of the Mahotsav. Acharya Swamishree Maharaj’s Sadbhav Amrut Parva was celebrated during the evening

The 3rd day of the Mahotsav commenced at 5.30am, with Acharya Swamishree Maharaj performing the mangla aarti of Lord Shree Swaminarayanbapa Swamibapa in the new Mandir. Recitals of the scriptures, Pradeepika Tikopeta Shikshapatri and Shree Swaminarayan Gadi Granth continued in the assembly marque. A procession was held from the Mandir to the assembly marque, led by Shree Muktajeevan Swamibapa Pipe Band. Behind Acharya Swamishree Maharaj’s chariot, the women disciples of the families who had held scripture recitals carried offerings for the Lord.

Acharya Swamishree Maharaj performed the inauguration of 18 new e-books, which are now available from the website.

Acharya Swamishree Maharaj blessed the assembly, in which he explained the strength of living in accordance with the guidance of our elders. “When living in a community, there will always be instances when quarrels and disputes occur. But having the wisdom to suppress one’s own will and doing what the Lord directs is the way to resolve the disorder. That is why Lord Shree Swaminarayan identified Sadguru Shree Gopalanand Swamibapa as the leader of the entire Faith so if anyone wishes to resolve a dispute, his direction is always to be followed.

“Our direction in life must always be to aware of how Gurudev Swamibapa wants us to behave, to think, to see, to speak etc. and life our life accordingly. That is the magical formula for true success in life.”

After the divine blessings, disciples who had contributed to the construction of the new Mandir were presented with Prasad and momentos. 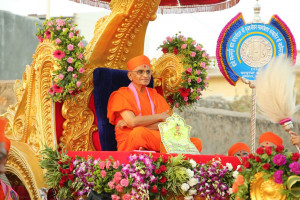 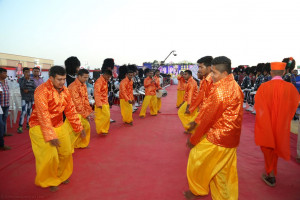 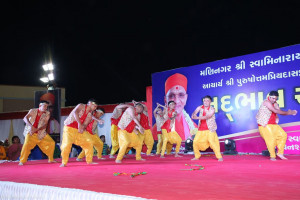 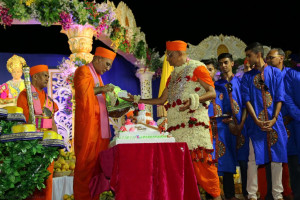 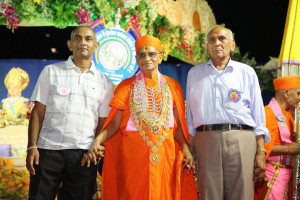 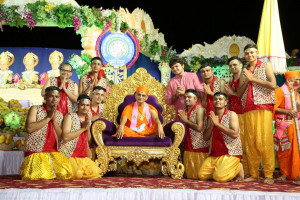