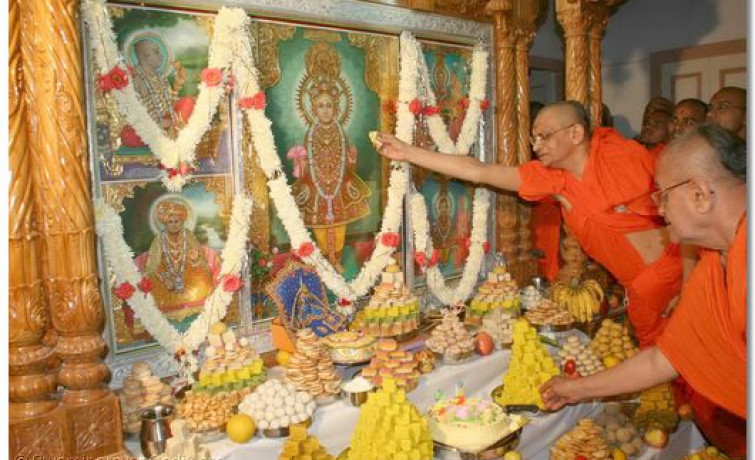 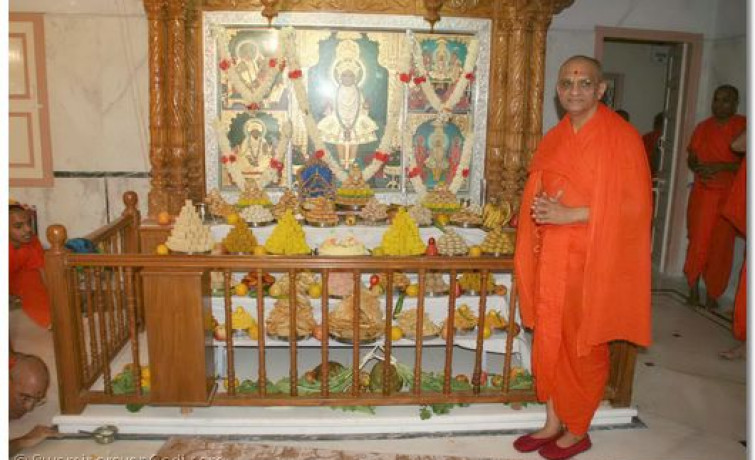 To mark the silver jubilee of the men's temple and the 35th anniversary of the ladies temple in Trent, a two day festival was held on Friday 24 November 2006 and Saturday 25 November 2006.

Trent is a small village in Gujarat. Its residents are very devout. Jeevanpran Bapashree visited the village, on several occasions so the families living there had much respect and dedication for the Karan Satsang. In 1971, Jeevanpran Swamibapa established a new temple in the village for ladies and ten years later, in 1981, Acharya Swamishree established a new temple for men and installed the divine Murtis of Lord Swaminarayanbapa Swamibapa.

To mark the silver jubilee of the men’s temple and the 35th anniversary of the ladies temple in Trent, a two day festival was held on Friday 24 November 2006 and Saturday 25 November 2006.

On this occasion, recitals of the scripture, Shree Swaminarayan Gadi were held. In addition, 170 simultaneous recitals of Bapashree ni Vato were held by the villagers of Trent.

On the first day of the festival, a new book called Shree Muktajeevan Swamibapa Prasasti, which briefly narrates the key events during Jeevanpran Swamibapa’s divine life upon this Earth, was inaugurated by Acharya Swamishree and the chief guest, Shree Ishwarbhai Solanki, President of Ahmedabad District Council. With the divine blessings and inspiration of Acharya Swamishree, this book has been written by Sadguru Shree Sarveshwardasji Swami, in celebration of Shree Muktajeevan Swamibapa Shatabdi (Centenary). The third edition of Chintan Naa Chamkara, the book of wonderful, thought inspiring phrases spoken by Acharya Swamishree during His divine blessings, was also inaugurated during this morning’s assembly.

On the second day of the festival, Acharya Swamishree performed the patotsav poojan ceremony of Lord Swaminarayanbapa Swamibapa. Disciples then took the opportunity of performing aarti to the Lord on this auspicious occasion. 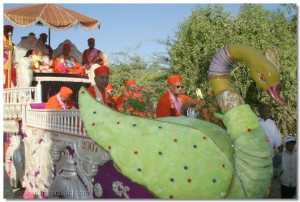 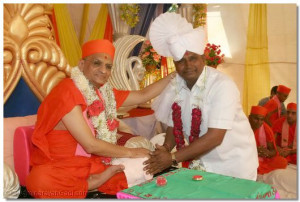 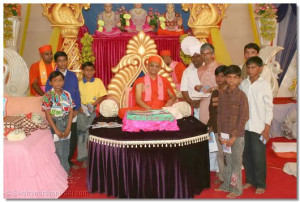 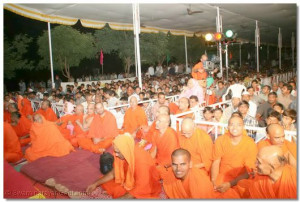 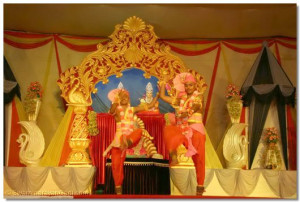 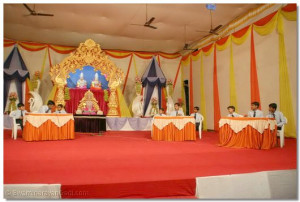