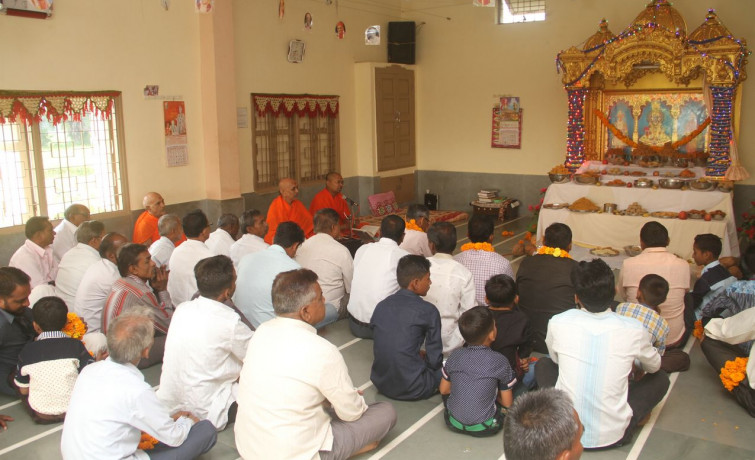 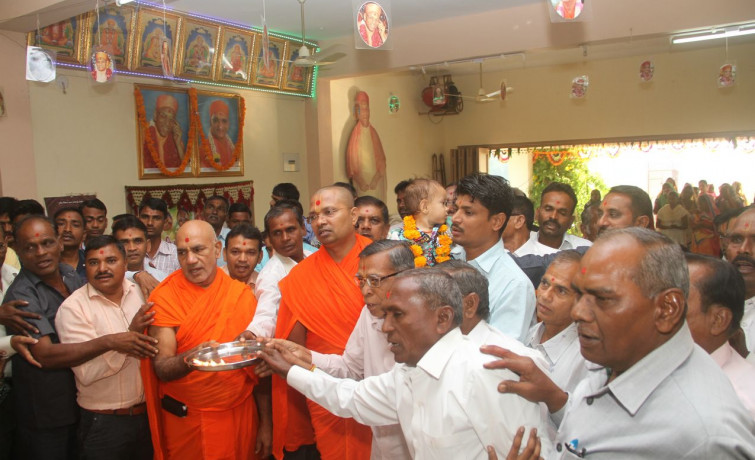 On New Year’s Day, Samvat 2073 Kartik Sud 1, Monday 31 October 2016, a magnificent Annakut, an array of food dishes, was beautifully arranged before the Lord.

The festival of Diwali marks the end of the Hindu year. It is a time of celebration and also, a time for reflection; to think about how much of the previous year has been spent worshipping the Lord, and how much of His commandments have been obeyed. The New Year is the time to pray for forgiveness for all the misdemeanours of the past year and to start afresh. Disciples of the Lord spend this holiday period serving the Lord in numerous ways, and praying for forgiveness of past misdeeds and for spiritual strength and wisdom for the coming year so that he can please the Lord more and more.

For the duration of the Diwali period, Swamibapa’s talented Sants and disciples created a splendid rangoli in the grounds of Maninagardham, in which the scene depicted the pride and regard that we all should have for the brave military who defend our Nations. Surrounding this was an exhibition of the deeds performed by Lord Shree Swaminarayan for the benefit of society. This entire exhibition was named, ‘Swamibapa’s Sneh Darbar’ (the royal court where Gurudev Swamibapa’s compassion, divine love and unsurpassed joy can be experienced). Thousands of people from all over the Ahmedabad region came to experience the divine joy of the Lord at His eternal home, Shree Swaminarayan Mandir Maninagar.

This year, Diwali fell on Sunday 30 October 2016. In the divine presence of Acharya Swamishree Maharaj, a special assembly was held in the Brahm Mahol of Shree Swaminarayan Temple Maninagar. After performing the Sadguru Din meditation, singing devotional songs and receiving the divine ashirwad of Shree Muktajeevan Swamibapa, Acharya Swamishree bestowed His divine blessings over all the Sants and disciples.

On this day, the traditional chopda poojan ceremony was conducted, and Acharya Swamishree mercifully signed the accounts books of the disciples. Chopda poojan is the ceremony that is performed before the start of the New Year, during which the account books for the New Year are sanctified, and prayers are offered to the Lord to make the coming year financially successful.

After performing the annakut aarti at Maninagardham, Acharya Swamishree Maharaj travelled to Vadodara and then Kheda, to performed the annakut aarti, and to give darshan on this auspicious New Year’s day to the disciples of those regions. 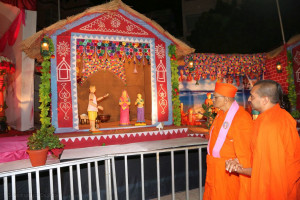 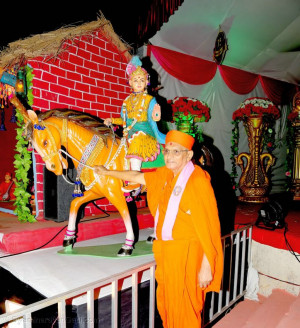 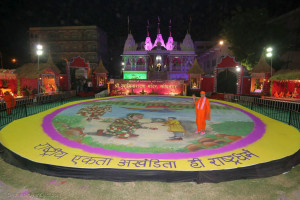 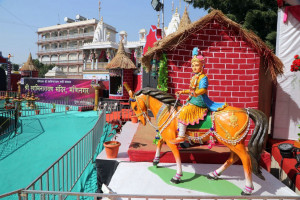 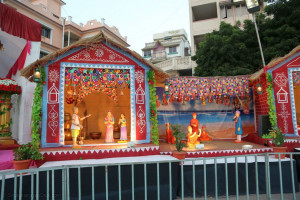 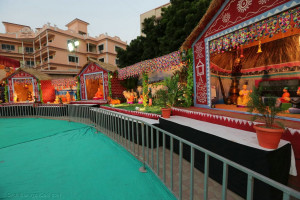