In the presence of the Mayor of Ahmedabad Shree Ashit Vora, and many different Faith leaders, Acharya Swamishree Maharaj inaugurated the book on Friday 12 October 2012.

An adventure and pilgrimage made by a group of Muslims from Ahmedabad in the 1930s is retold in a book by one of the pilgrims, Dr Mohammed Hussain Hakim.

On that occasion, 22 Gujarati Muslims drove down from Ahmedabad to Mecca in two buses making it the first such Haj pilgrimage by Indians. The incident was never repeated in history. Thousands from the city - Hindus, Muslims, Parsis and Europeans - all bid farewell to these pilgrims at Lal Darwaja on January 19, 1935.

With the inspiration of Acharya Swamishree Maharaj, this book, 'Motor Marge Haj no Pravas' (A Haj Trip by Road) has been reprinted by historian and Senior Lecturer at Shree Swaminarayan Arts College, Dr Rizwan Kadri.

In the presence of the Mayor of Ahmedabad Shree Ashit Vora, and many different Faith leaders, Acharya Swamishree Maharaj inaugurated the book on Friday 12 October 2012. The special assembly was held in the ground of Shree Muktajeevan Swamibapa Smruti Mandir, Godasar.

On this occasion, Acharya Swamishree Maharaj called for all the people of the Nation to live in harmony with one another and to respect each other. He asked for everyone to work together for the prosperity of all in society, and for the progress of the Nation as a whole.

Describing the book, Dr Rizwan Kadri said, "This is an extremely interesting memoir of an adventure and voyage. It is a key event in the history of Ahmedabad, and shows that Ahmedabadis of all religions have been living together, respecting one another, for countless years. Such historical events must not be allowed to be forgotten, because we can all learn from them and forge our behaviours and manner of thinking in the same way. For that reason, we have re-printed this book." 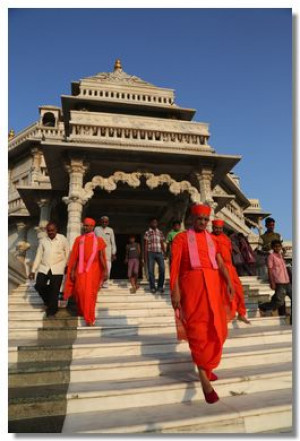 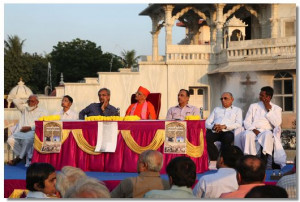 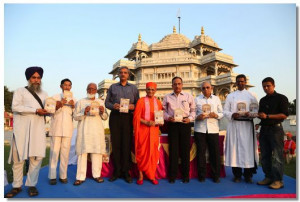 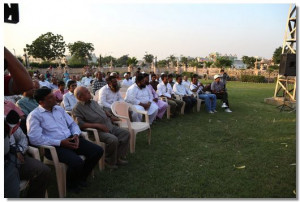 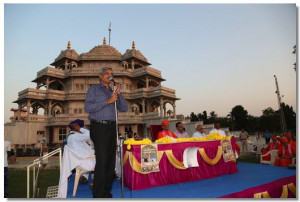 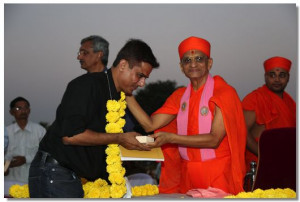