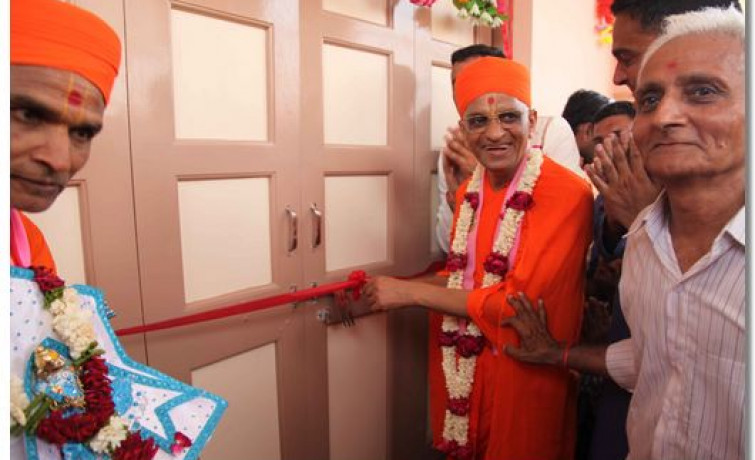 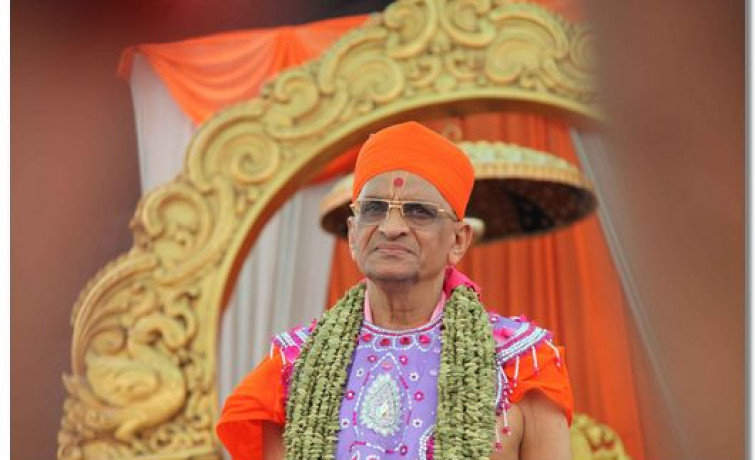 The city of Sanand is situated in the Ahmedabad district of Gujarat, close to Bavla and Viramgam. It is situated along the main highway from Ahmedabad to Kutch. Sanand is regarded as the automobile hub of Gujarat and has become one of the fastest expanding entrepreneurial centres in India. The city has attracted investment from industries throughout the world.

It was the wish of the disciples living in Sanand that a temple of our supreme Karan Satsang is built in the city. Accepting their prayers, His Divine Holiness Acharya Swamishree Maharaj laid the foundation stone of the new Mandir on Wednesday 9 November 2011.

In only 17 months, the new temple structure was built and a grand festival was held on Thursday 11 April and Friday 12 April 2013, to celebrate its opening.

During the evening of the first day, sants and disciples performed a splendid concert of devotional song and dance.  Thousands of people from the city gathered to watch these delightful performances.

On the day of the auspicious pratishtha, Friday 12 April, His Divine Holiness Acharya Swamishree Maharaj ceremonially installed the Murtis of Lord Shree Swaminarayanbapa Swamibapa in a grand golden sinhasan. Annakut thaal was offered to the Lord, and disciples performed aarti.

Over the 2 days, Acharya Swamishree explained the history of the region, in which eminent Sants Sadguru Shree Muktanand Swami and Sadguru Shree Premanand Swami manifested. Acharya Swamishree also explained the importance of a Mandir in the progression of one’s life. He explained that ‘temple is a symbol of sacredness, devotion and faith; a symbol of Indian culture. By sitting there for even a short time, pious thoughts arise in one’s mind. For curing illnesses, one needs the help of a hospital. Similarly, for gaining true spiritual knowledge, a temple (Mandir) is essential. It is religious discourses held in the temple (Mandir) that eliminates the fatigue of the heart, and destroys mental anxiety.’ 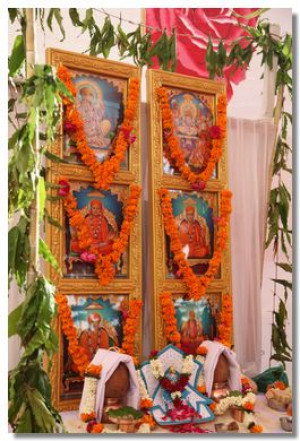 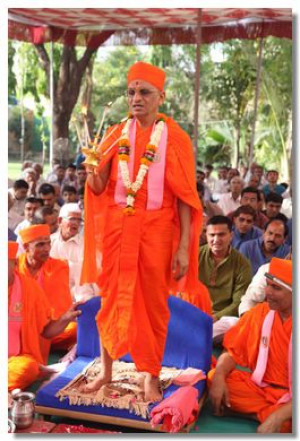 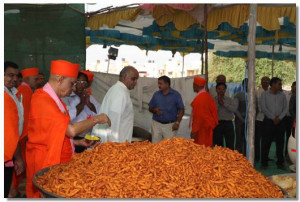 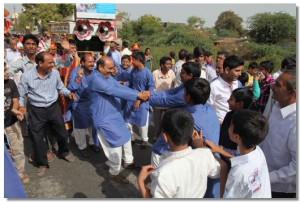 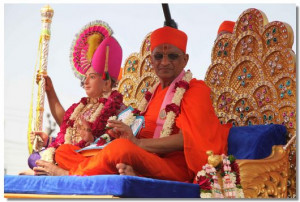 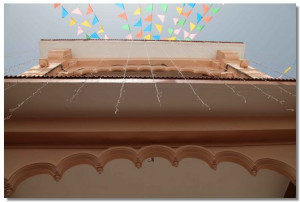