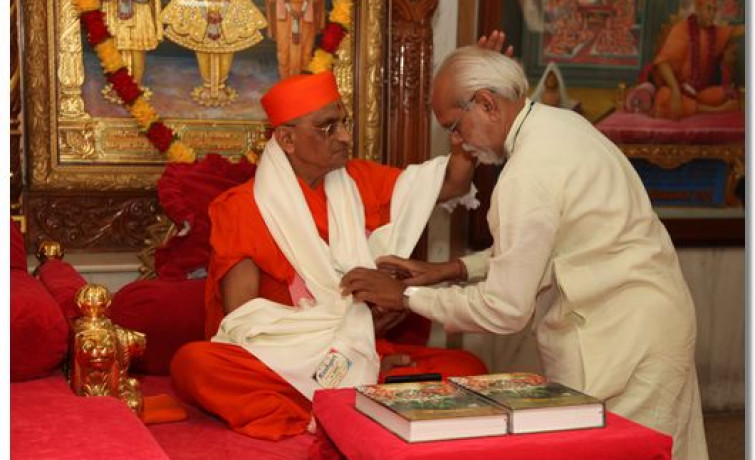 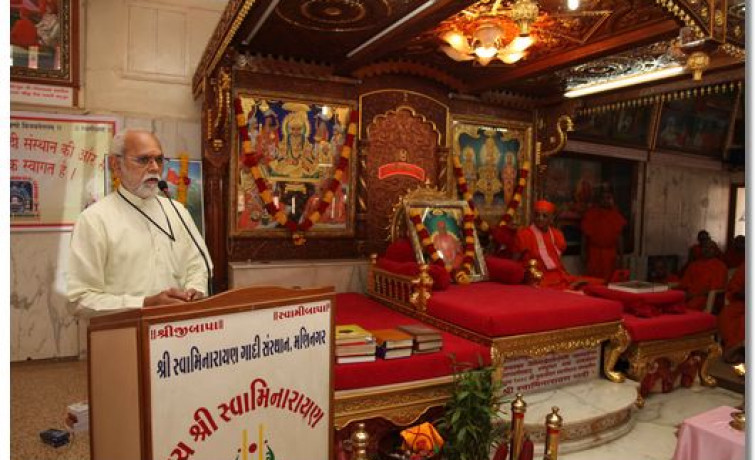 A unique conference of native Indian Language Scholars was held on Friday 3 May 2013, in the august presence of His Divine Holiness Acharya Swamishree.

A unique conference of native Indian Language Scholars was held on Friday 3 May 2013, in the august presence of His Divine Holiness Acharya Swamishree.

The use of native Indian languages, such as Hindi, Gujarati, Marathi, etc. is declining due to the use of computers and the internet. To emphasise the need to preserve our culture and language, the conference was held in the Brahm Mahol of Shree Swaminarayan Mandir, Maninagar.

Hindustan Samachar has been providing news in all the native Indian languages for many years. Acharya Swamishree praised the news agency for their dedication to the Motherland. Acharya Swamishree talked about the importance of language for the preservation and propagation of the true culture of a nation. He also encouraged the reporters to give fair, unbiased accounts of the news, and report stories that encourage morality and decency amongst the population.

Acharya Swamishree encouraged the Hindustan Samachar reporters to recognise their own influence and use it wisely, for the betterment of society. He told them to seek out the truth and develop saintly qualities, in which the good and constructive aspect of every situation and every person is seen and reported on. Acharya Swamishree reminded them of the commonly said phrase, that the pen is mightier than the sword. He reminded them to remain conscious of this fact and conduct themselves with decorum. If they do, they will attain God’s blessings, as stated in the Shikshapatri; Lord Shree Swaminarayan states that the dissemination of knowledge amongst the people at large is considered a very commendable deed. 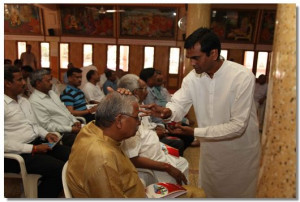 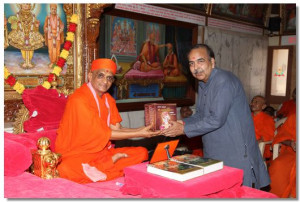 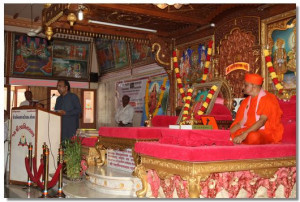 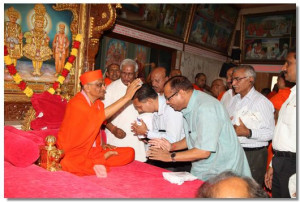 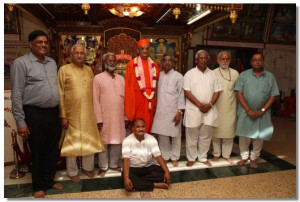 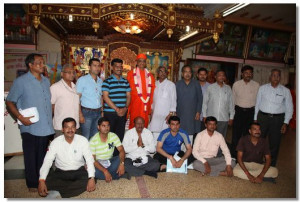