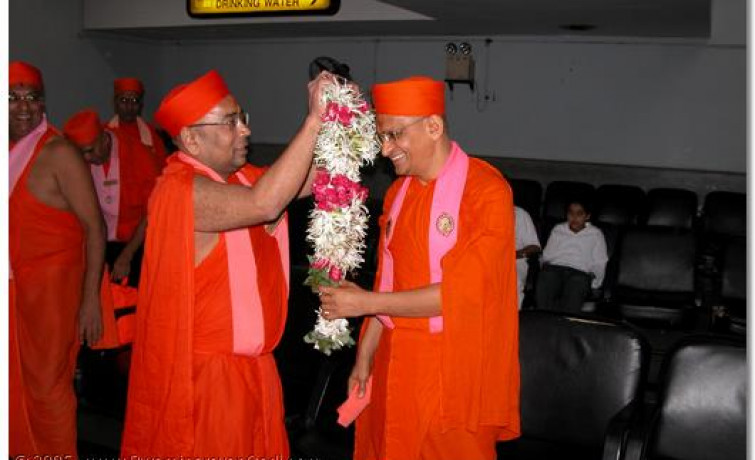 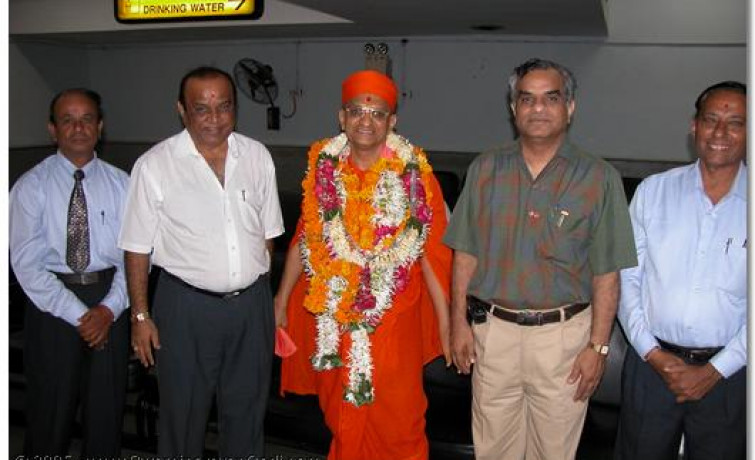 For this event, HDH Acharya Swamishree together with his santo and a plane full of devotees left Ahmedabad Airport at 08:15 and arrived at Indira Ghandhi Airport , Delhi at 10:30 . His Divine Holiness was greeted by a salute from Shree Muktajeevan Pipe Band, whose members had travelled from the UK especially for this Mahotsav, as He left the arrivals lounge. This was the first occasion at which a foreign band had been provided permission to perform at the airport.

Acharya Swamishree then proceeded to Delhi temple. En route he was joined by a cavalcade of cars, lorries and motorcycles that were campaigning for Universal World Peace and Harmony among people of all colours, creeds and religions, a cause unfalteringly supported by the Sansthan. The procession proceeded to the temple where they were greeted by a cacophony of noise, created by a battery of fireworks. As HDH Acharya Swamishree arrived at the gates of the temple, he stood and admired the temple, beautifully decorated by his beloved sants and devotees with flags, flowers and tinsels, and had created a pathway intricately decorated with rose petals and marigolds With every step that HDH Acharya Swamishree took toward along this path the sants showered him with rose petals and the pipe band played a musical accompaniment. HDH Acharya Swamishree then performed aarti to Lord Swaminarayan

The arrival of His Divine Holiness Acharya Swamishree to Delhi marks the commencement of the celebrations for the Rajat Pratishtha Mahotsav (Silver Jubilee Festival) of Delhi temple. 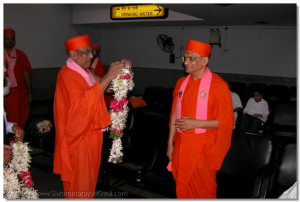 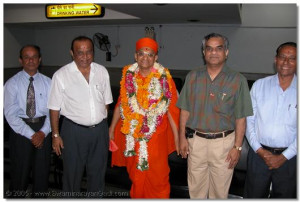 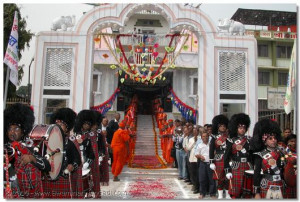 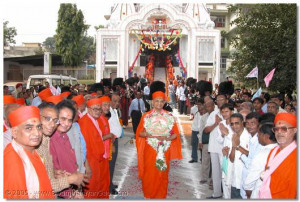 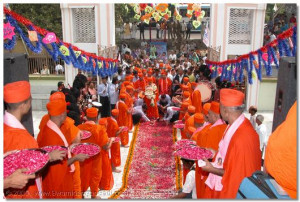 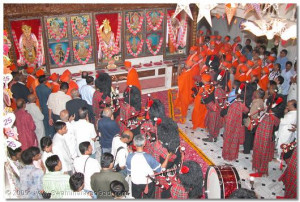