Swamibapa International Tour for the Preservation of Spirituality and Morality

At the time, it was considered unacceptable for any sant to venture out of “holy India” and go to foreign lands. Years earlier, Mahatma Ghandhi had been excommunicated from his society when he returned from England because he had crossed the so-called polluting “kalapani” (black waters). Similarly, Swamibapa's first visit to East Africa in 1948 was regarded with the utmost of contempt by sants in other sects. However, soon after, many other sants followed Swamibapa's pioneering divine footsteps. Today, visits from religious and spiritual leaders to foreign lands is commonplace – it is all due to the courage and inspirational efforts of our beloved Gurudev Shree Muktajeevan Swamibapa. In reality, the spread of the Swaminarayan Sampraday throughout the entire world today is due to the immense endurance of Adya Acharyapravar Jeevanpran Swamibapa.

In 1970, His Divine Holiness Jeevanpran Shree Muktajeevan Swamibapa continued His spread of the supreme Swaminarayan faith throughout the world. He embarked on an unprecedented World Tour, in answer to the prayers of His devotees residing overseas. Shree Muktajeevan Swamibapa along with a Mandal of over 50 Sants visited East Africa, USA and Europe and instilled the supreme principles of Lord Swaminarayan to all. 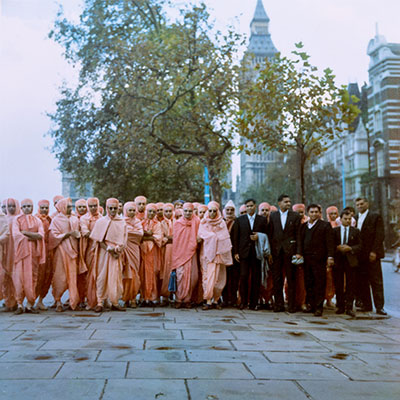 In August of 1970, Shree Muktajeevan Swamibapa set His Divine lotus feet on English soil. With Jeevanpran Swamibapa's ashirwad, His devotees had spread all over the UK and He visited Bradford, Loughborough, Manchester, Oldham, Bolton, Brighton, London and many other places in order to give each of them His divine darshan. Wherever Swamibapa went, He held public religious discourses, cultural programs and charitable events. He introduced many people to Lord Swaminarayan and Jeevanpran Abji Bapashree whilst preaching Their supreme principles of universal peace, benevolence and understanding. His tireless efforts were commended by all community leaders and praised by local and national media, including extensive coverage by BBC television and radio. 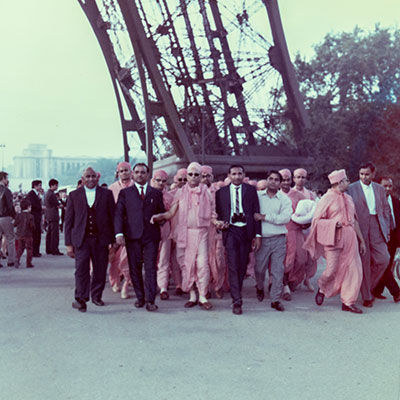 During this leg of the World Tour, a magnificent procession was held through the streets of central London , culminating in a huge congregation at Trafalgar Square where His Divine Holiness Shree Muktajeevan Swamibapa gave His divine ashirwad in English, and classical Indian dances were performed by Swamibapa's sants. 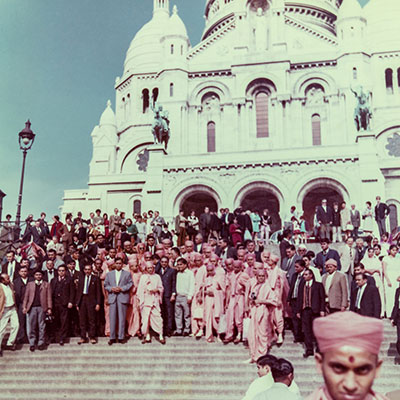 On every leg throughout the tour and in every town and city, people were uplifted by Jeevanpran Swamibapa's blessings and felt that Swamibapa had brought their motherland, India to them, to England.