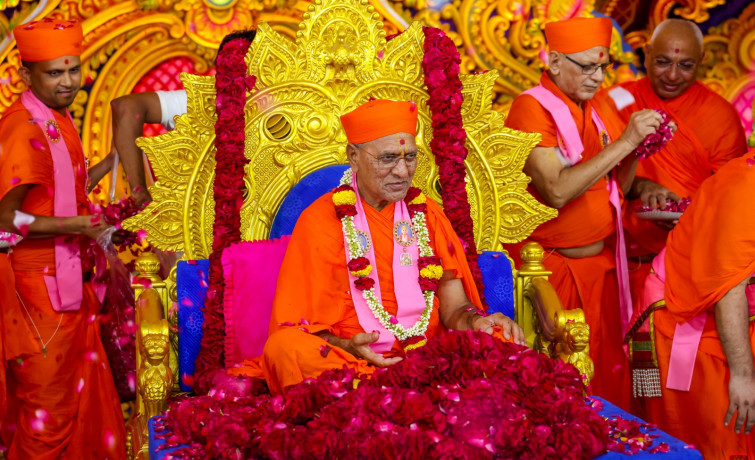 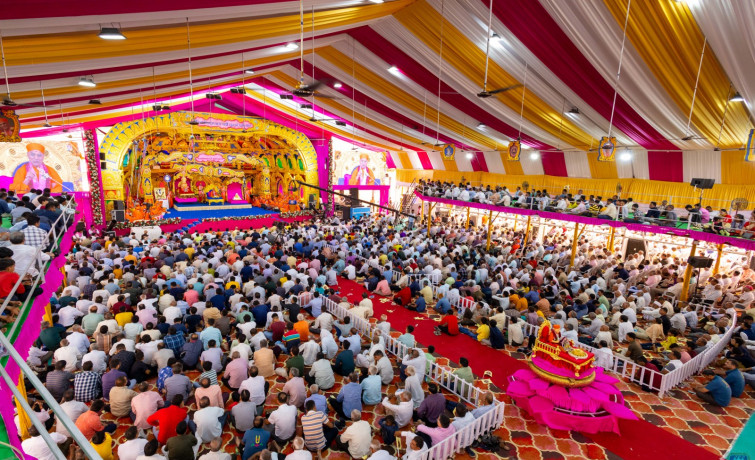 Everyone had the video darshan of Jeevanpran Swamibapa’s Ashirward. This special video was from the Suvarna Jayanti Smruti Mahotsav that was held in Maninagar, during which Jeevanpran Shree Muktajeevan Swamibapa gave a physical embodiment to the Supreme and Eternal Divine throne of Lord Shree Swaminarayan - Shree Swaminarayan Gadi. It was in this momentous Ashirwad that Swamibapa first described the intimate conversation He had with the Lord during His 61 days’ continuous meditation, in which the Lord instructed Him to give Shree Swaminarayan Gadi a physical form.

Gnan Mahodadhi Acharya Swamiji Maharaj then showered His final Ashirwad of the Suvarna Mahotav to the entire Sabha.

“Swamibapa presided this very Murti [pointing to the Murti on His right] of Shree Ghanshyam Maharaj and Jeevanpran Abji Bapashree on this very Gadi, and performed the first Aarti.”

The parallels of that historic day and today, with Bapa performing the first Aarti to that same Murti precisely fifty years on, are incredibly clear and apparent to us all.

Bapa explained the incredible auspiciousness of this Mahotsav,

“By the inspiration of our beloved Ved Ratna Acharya Swamishree Maharaj, we are today celebrating this Mahotsav on the very same stage from which Swamibapa revealed Shree Swaminarayan Gadi to us all. How fortunate we are, how merciful God has been to us, is indescribable.”

Bapa went onto explain that this grand Mahotsav has been possible only with Lord Shree Swaminarayanbapa Swamibapa’s blessings.

“It is with Swamibapa's blessing and arshiwad that this festival has been achieved with huge success, glory and colour. Everyone present has had their hearts filled with content. We should be thankful to the Lord for the opportunity we've been given and the experiences we have taken away from the past seven magnificent days."

“In the Mahabharat Shree Krishna Bhagwan advised Arjun the way forward and to believe in him. Similarly, we have believed in Swamibapa and therefore with the Lord’s blessing we have been given a phenomenal chance to partake and contribute to this festival.”

“Our Gujarati Prime Minister has not only become the leader of this country, but had become a true global leader - this is a direct result of his formative years, which is spent playing in this very forecourt.

We pray to the Lord, ‘You are the strength behind Shri Narendra Modi’s rise, and may You remain so. May you continue to inspire him, including during inevitably challenging times.” 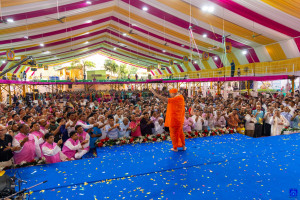 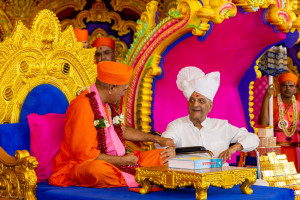 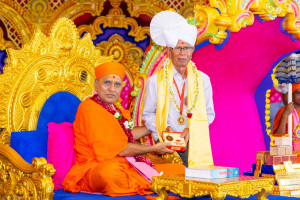 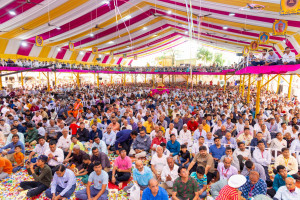 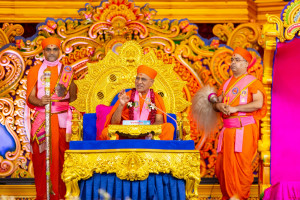 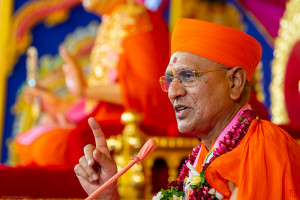