Final Smruti Mandir Evening Event Kicks Off With a Bang 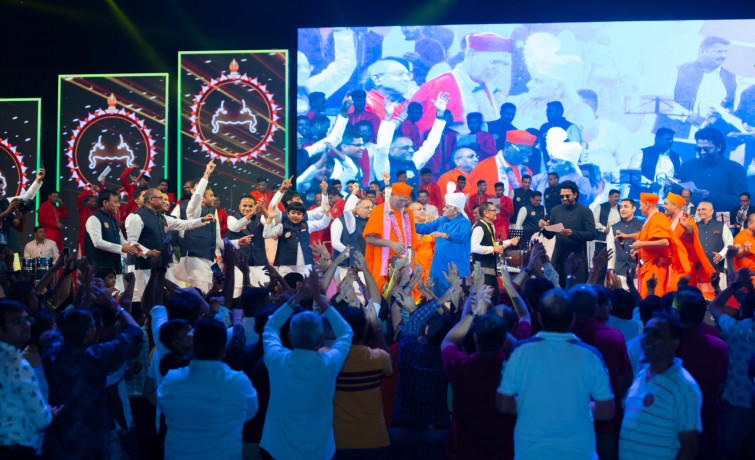 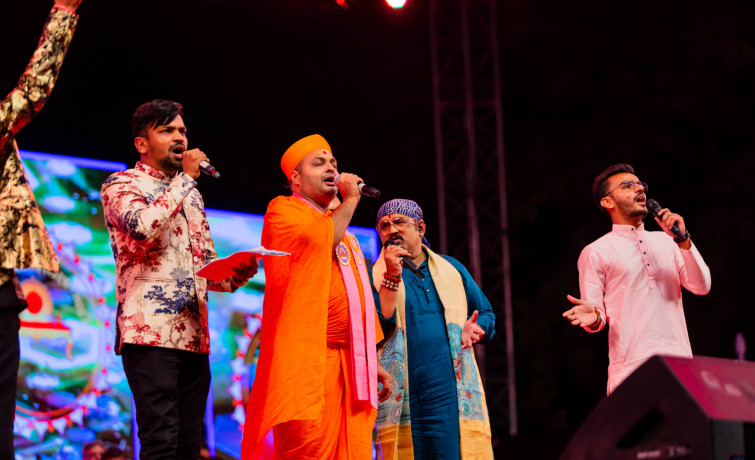 Tonight was the 5th and final evening event of this Mahotsav - and what a series it has been with singing, dancing, emotion and excitement - all combined with devotion. 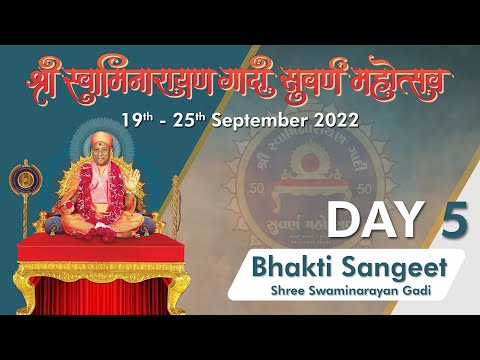 Tonight was the 5th and final evening event of this Mahotsav - and what a series it has been with singing, dancing, emotion and excitement - all combined with devotion.

Tonight’s Bhakti Sangeet evening kicked off with a literal bang as the skies above Smruti Mandir were vibrantly lit up with an immense fireworks display announcing Acharya Swamiji Maharaj's arrival. The boldly lit skies combined with the beautifully coloured mandir etched a spectacular image into the audiences memories.

As soon as Bapa presided on His Gadi, a video reel was shown to the audience, covering the weeks of hard work and preparations that went into producing and delivering the four evenings here at World Peace Centre - Shree Muktajeevan Swamibapa Smruti Mandir.

A colossal 20 kirtans were performed tonight by renowned playback singers and Swamibapa’s Sants, all describing the supreme glory of the Lord and the divinity of His Murtii. The evening featured a surprise special guest, Nakash Aziz, an Indian composer and singer, who has worked as an assistant to composer A. R. Rahman in numerous films. He boomed out a rendition of this Mahotsav’s anthem, ‘Shreeji Adesh Dhari’, as well as several other kirtans.

The passionate audience were certainly taken through the fullest range of emotions tonight. The kirtans ranged from classical to contemporary music styles. The set list combined halcyon and reposeful kirtans as well as boisterous, upbeat ones.

One young audience member who has attended all of the evening events so far commented, “Each of these night shows has been truly amazing - I imagined at least one might have been less appealing to me, but how wrong was I?! They’ve all been wonderful experiences and created lifelong memories.”

What a finale to the final event - everyone on their feet, singing and dancing as Bapa takes to the stage to encourage, enthuse and energise everyone. Fireworks booming overhead and an electric atmosphere - this night truly has everything! 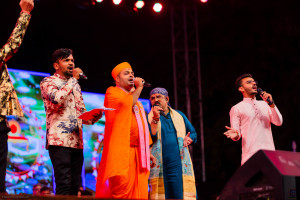 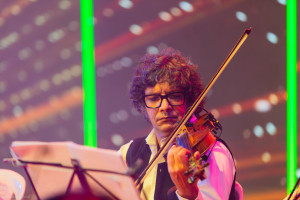 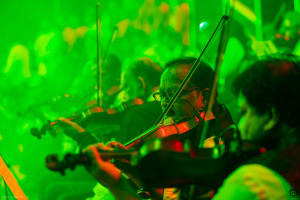 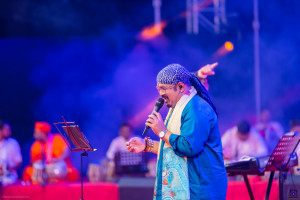 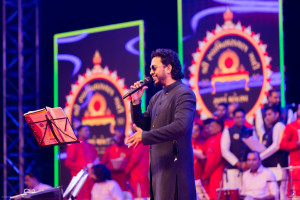 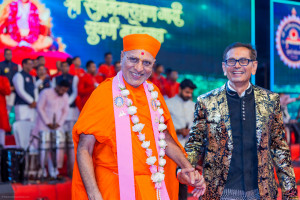