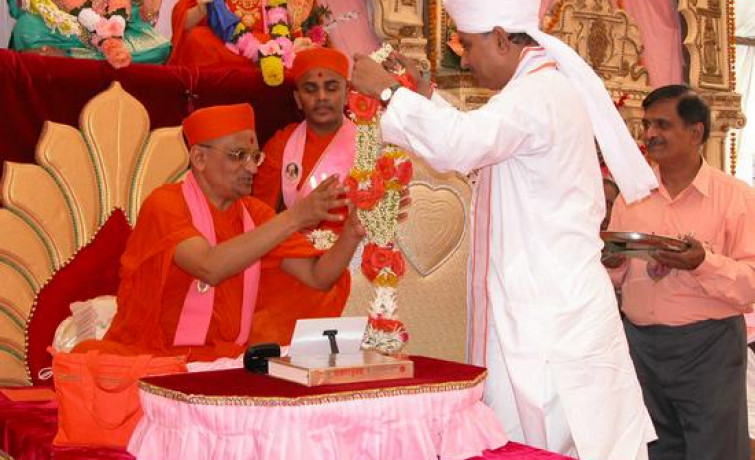 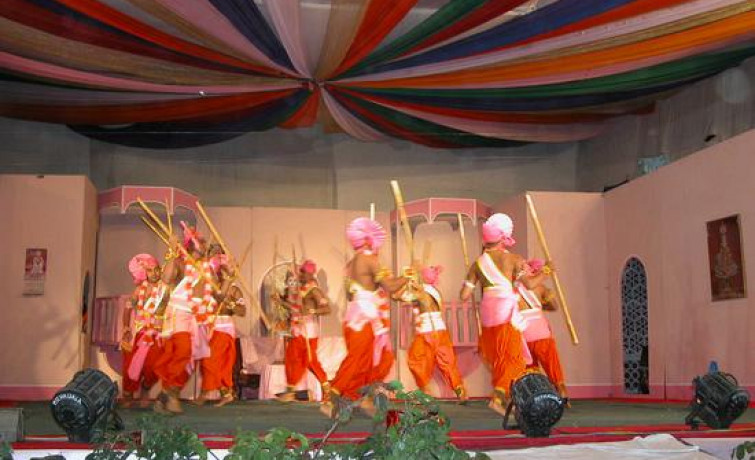 As it is the 3rd day of the Indian month today, Shree Ghanshyam Maharaj had adorned a pink paag with 2 choglas and orange coloured robes, and He held an orange coloured handkerchief in His right hand. He was wearing numerous precious gold necklaces and other gold jewellery. And with such divine darshan, He was bestowing His blessings over all His children.

On behalf of Shree Swaminarayan Gadi Sanstha, His Divine Holiness Acharya Swamishree presented prasanta paags to each of the main guests.

On behalf of the Vishwa Hindu Parishad, its representative on this occasion, Shree Pravinbhai Togdiya presented a garland to Acharya Swamishree.

In order to provide permanent homes to people in the Kutch region who have still not been able to rebuild their lives after the tragic earthquake in 2001, Acharya Swamishree presented a charity cheque to the Kutch Rebuilding Committee in the presence of the chief guests.

On this occasion, Shree Pravinbhai Togdiya said, "After coming here today, to be amongst the divine presence of Acharya Swamishree, I have become extremely delighted to know that His work is not limited to making Temples and praying, but He is just as eager to help society and offer His assistance to alleviate the pains of the people. This humanitarian work is just as much His religion as it is to pray to God. I am greatly inspired by this. The other issue I wish to mention today is that the pains of the people is dependent on themselves and the thoughts of each individual. If each person's mind is kept in control but not left free to wander, then they will be able to learn the ideals taught by Acharya Swamishree. This world would then be a much safer and more pleasant place. We all have a great need to listen to Acharya Swamishree and abide by His teachings. On behalf of the Vishwa Hindu Parishad and indeed the entire Hindu world, I greatly commend Him for His relentless e fforts to spread this sublime message around the world."

Acharya Swamishree then blessed the assembly;

At 3.30, the recital of the Vachanamrut scripture was continued, after which His Divine Holiness Acharya Swamishree distributed prasad to all the disciples who had contributed to the preparations of this Mahotsav.

At 6.30 the Sandhya aarti and evening rituals were performed.

At 7.30, the devout students of the Swaminarayan Boarding School, in Maninagar performed a cultural drama production called Balidaan (sacrifice). This drama was first performed 40 years ago in the presence of Gurudev Jeevanpran Swamibapa.

The evening show commenced with a classical Indian dance performed by 2 of Swamibapa's talented sants, to the words of the kirtan "Toom ko naman."

The story of the drama was as follows;

Mathurbhai had 3 sons. Vasant was the eldest, then Bar, and the youngest was Dinesh. The virtuous spiritual characteristics of Mathurbhai had been instilled into Bar. Dinesh was too young to know the difference between right and wrong. However, Vasant had adopted a different lifestyle. He had no interest in the stories about God but instead preferred listening to film stories. He remained uninterested in the kirtans in praise of God but instead remained engrossed in pop music. He had no desire to concentrate on the murti of God but instead was obsessed with film heroes and heroines.

When Mathurbhai realised that his son Vasant was of this inclination, he became deeply distressed. He prayed to the Lord for forgiveness and to restore his son to the correct path of spirituality. Mathurbhai took Vasant to his Guru. The sympathetic words of advice from the Guru had such a great effect that Vasant's character was reformed and he began to live a life of morality.

One day, Vasant left home to join the Guru in his travels from village to village, in order to spread the supreme name and teachings of Lord Swaminarayan. During these travels, a mob of irreverent youngsters started to attack the sants. Rather than allow any of the sants to be harmed, Vasant instead became prepared to give Balidaan, sacrifice his own life, to protect the sants. Such was the complete change in the character of Vasant due to the merciful words and compassion of the Guruji.

And this was where the drama ended.

After the drama, Swamibapa's sants performed a Daan Lila Raas.

This entire production was prepared under the direction of our beloved Acharya Swamishree. 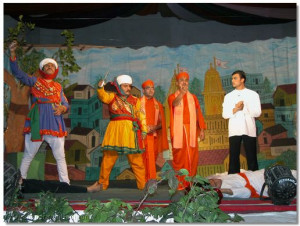 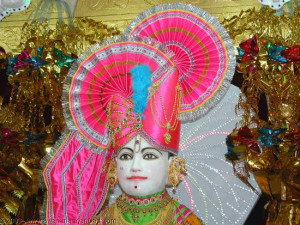 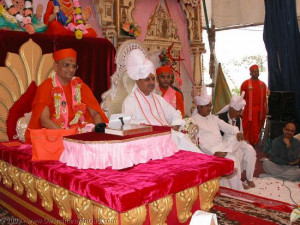 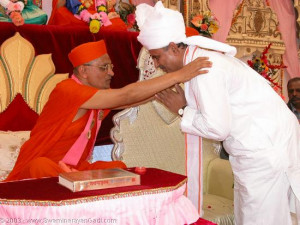 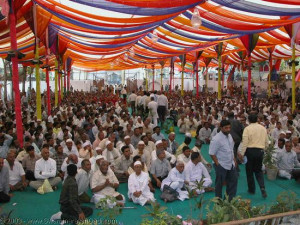 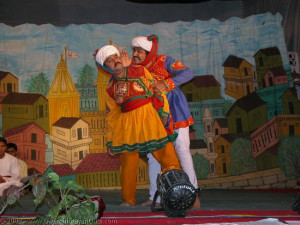