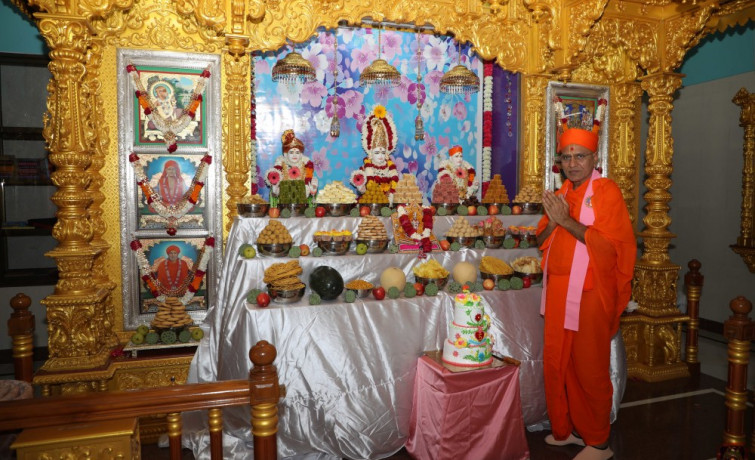 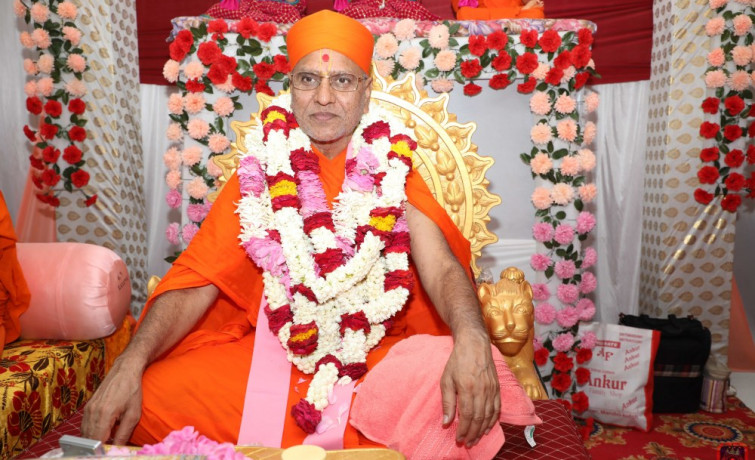 Acharya Swamiji Maharaj reached the village of Bharasar to perform the 55th anniversary of the Mandir on 16 May 2022. 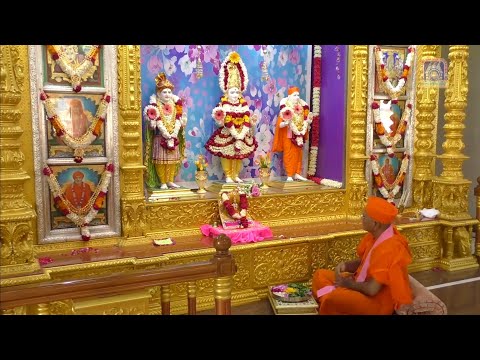 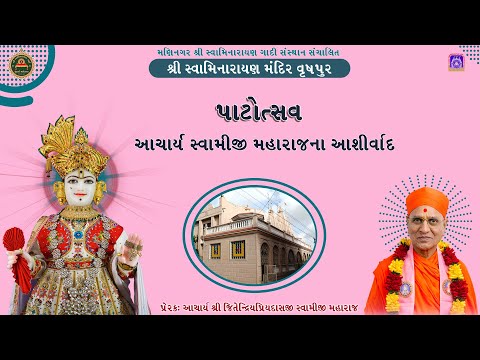 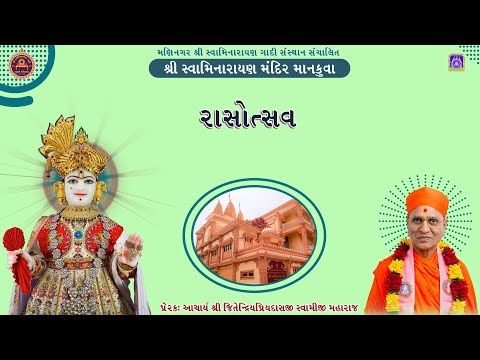 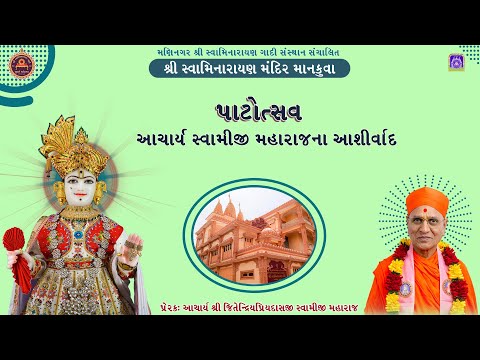 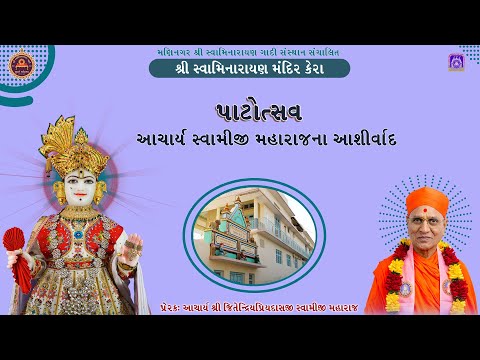 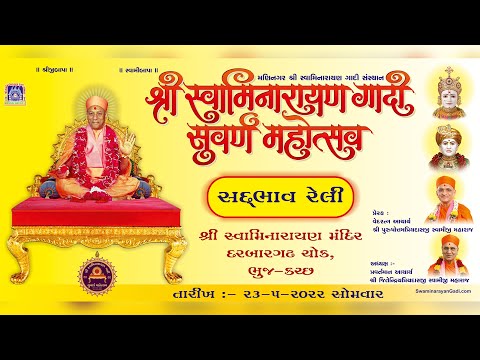 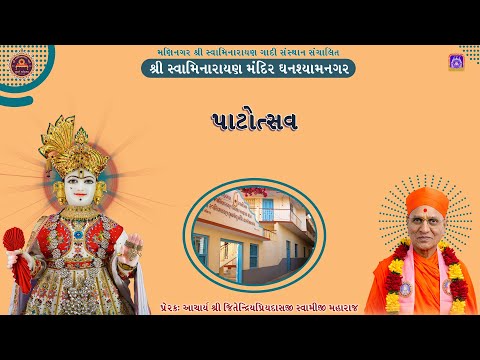 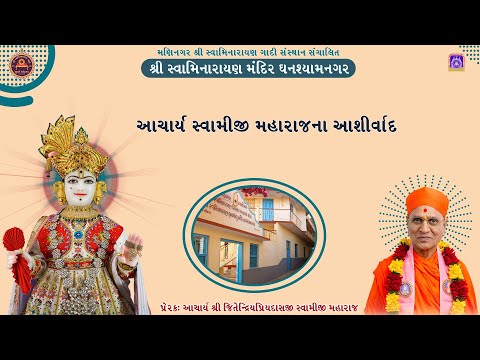 Departing from Bhuj. Acharya Swamiji Maharaj reached the village of Bharasar to perform the 55th anniversary of the Mandir on 16 May 2022. During His stay in Bharasar, the disciples took the opportunity to perform samuh raas and hold a Bal Sanskar Shibir. As part of the ongoing charitable work of the Mandir, fresh fodder was distributed to the cattle sanctuary of the village.

The next day, on 17 May 2022, Acharya Swamiji Maharaj performed the patotsav ceremony of the Lord presiding in Vrushpur Mandir. This year marked 63 years since the establishment of the Mandir by Gurudev Swamibapa in 1959. This day was also the 116 anniversary of when in Samvat 1962, Sadguru Shree Ishwarcharandasji Swamibapa started to write the sacred discourses held by Jeevanpran Shree Abji Bapashree. Subsequently, Sadguru Ishwar Bapa collated these into Shree Abji Bapashree ni Vato. In celebration of this anniversary, Acharya Swamji Maharaj performed adoration to this sacred scripture.

He then departed and reached the village of Mankuva, where the 71st patotsav of Lord Shree Swaminarayanbapa Swamibapa was performed on 19 May 2022. The disciples also held a rasotsav during the preceding evening. This day also marked 155 years since Sadguru Shree Ishwarcharandasji Swamibapa manfiested in the village of Ashlali. Acharya Swamji Maharaj performed adoration to Sadguru Swamibapa on this sacred day.

Acharya Swamiji Maharaj then visited the village of Kera, where the 69th patotsav was held on Saturday 21 May 2022. An evening of comedy sketches was held during the preceding evening. Numerous charitable donations to needy causes of the village were made to mark the patotsav of Kera Mandir.

As a facet of the forthcoming golden jubilee of Shree Swaminarayan Gadi, a Sadbhav rally was held on Sunday 22 May 2022 from Bhuj to Ved Ratna Acharya Swamishree Maharaj Smruti Van. Through this rally, the general public were made aware of the highly beneficial charitable work that has been performed by Maninagar Shree Swaminarayan Gadi Sansthan, under the leadership of Gurudev Swamibapa and Ved Ratna Acharya Swamishree Maharaj over the past 50 years.

The last patotsav of Kutch was in Ghanshyamnagar, which was celebrated on Wednesday 25 May 2022. This year marked 70 years since the establishment of the Mandir.

Immediately after the assembly had concluded, Acharya Swamiji Maharaj returned to Maninagardham. 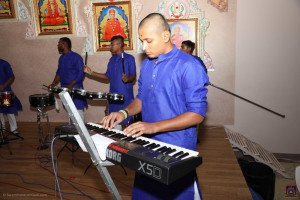 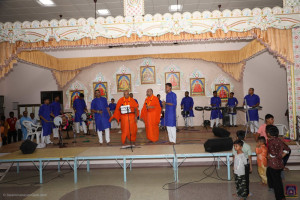 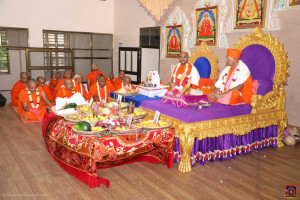 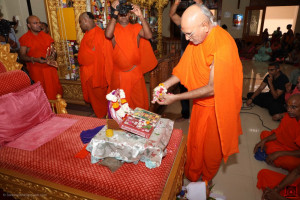 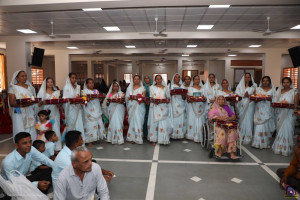 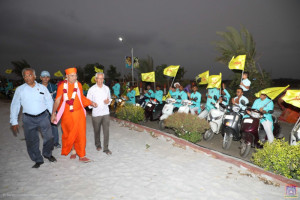