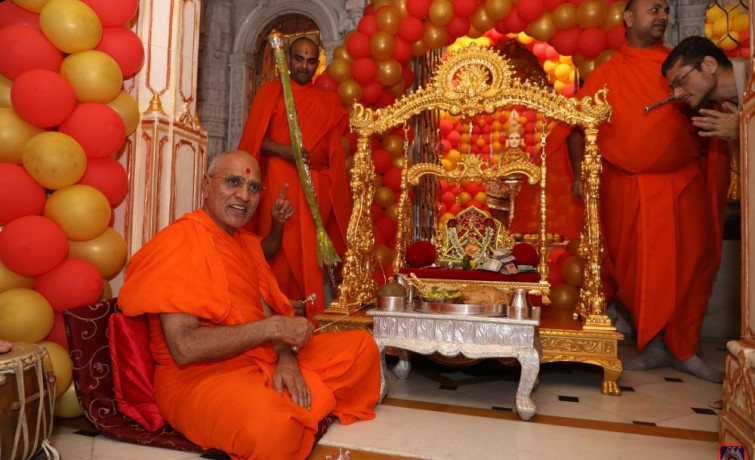 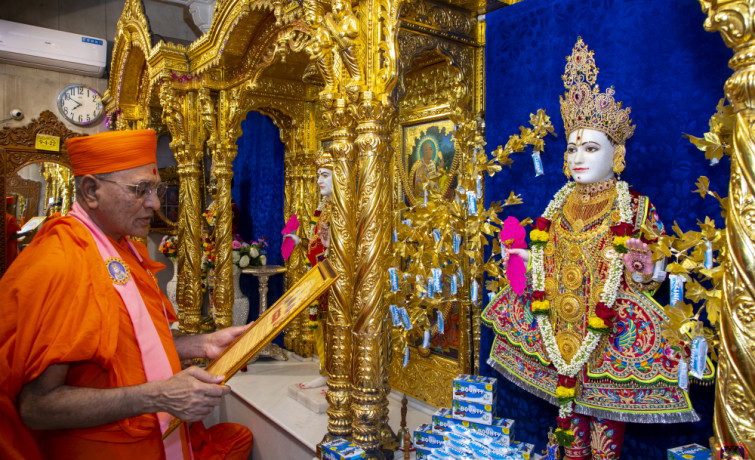 Chaitra Sud 9, referred to as Shree Hari Jayanti, is one of the most significant days of the year for a disciple of Lord Shree Swaminarayan. 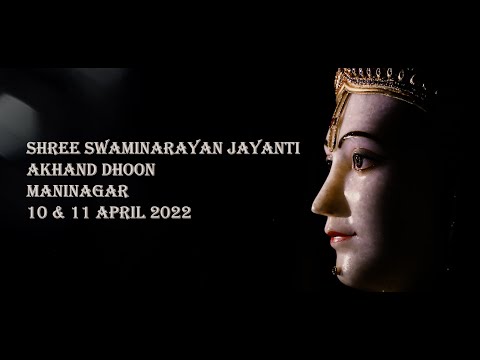 Chaitra Sud 9, referred to as Shree Hari Jayanti, is one of the most significant days of the year for a disciple of Lord Shree Swaminarayan. This is the day that Lord Shree Swaminarayan appeared on the Earth in a human form, at the home of Shree Dharmadev and Bhaktimata, in a small village in Northern India called Chhapaiya. Sunday 10 April 2022 marked exactly 241 years since that auspicious event took place.

After the Shangar Aarti, Acharya Swamiji Maharaj presented a prayer on behalf of all the Sants and disciples at the lotus feet of Shree Ghanshyam Maharaj. This prayer asked for the supreme Lord’s permission and blessings for the grand festival to be held in September 2022, in celebration of Shree Swaminarayan Gadi Golden Anniversary.

To mark the Lord’s manifestation day, a 24 hour continuous dhoon was held in the Brahm Mahol in celebration of Shree Hari Jayanti. Acharya Swamiji Maharaj commenced the continuous dhoon of the sacred Swaminarayan Mahamantra at 8.30am on Sunday 10 April 2022.

At precisely 10.10 pm, the exact time that Lord Shree Swaminarayan manifested, the divine Murti of the Lord was seated in an ornate, ceremonial cradle, and Acharya Swamiji Maharaj performed the pragatya aarti. The joyous singing of devotional songs continued late into the night. 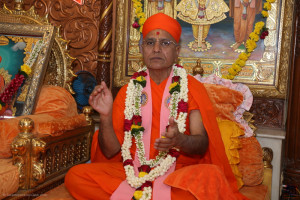 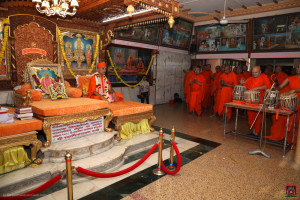 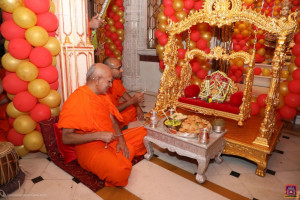 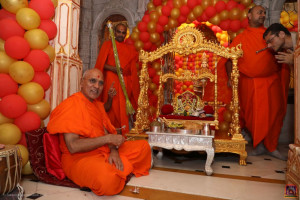 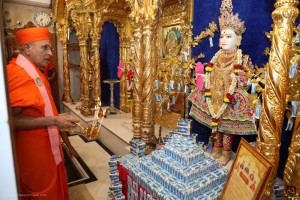 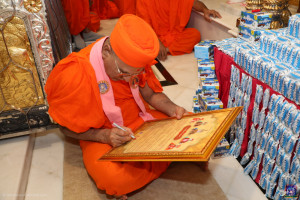