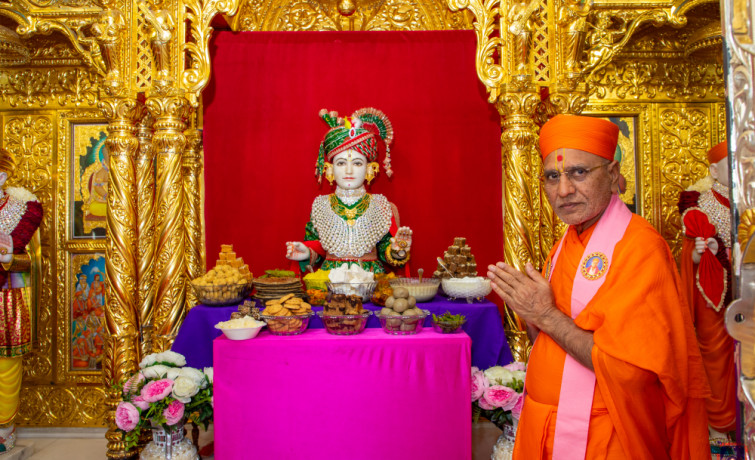 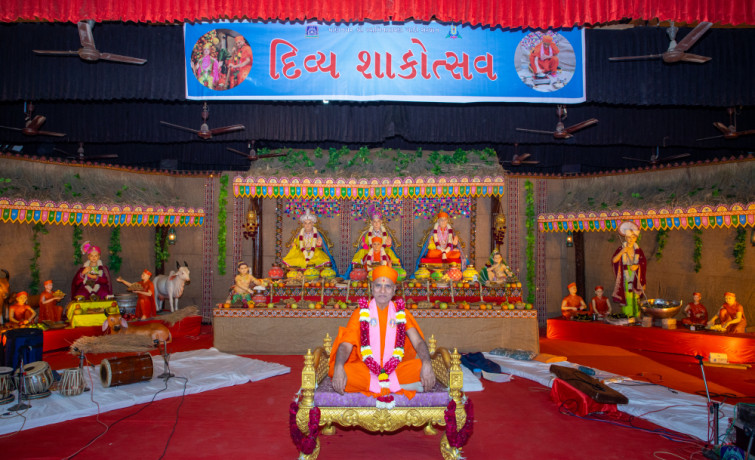 Enacting the divine deeds of the supreme Lord Shree Swaminarayan exactly 200 years ago, Sants and disciples of held a Shakotsav in the presence of Acharya Swamiji Maharaj in Maninagardham on Thursday 20 January 2022.

Around the period of the Dhanurmas, Sants and disciples recall the glorious Shakotsav festival performed by Lord Shree Swaminarayan in the village of Loya in Samvat 1878. This year marks 200 years since that Loya Shakotsav festival was held.

On that occasion, Lord Swaminarayan Himself cooked an aubergine curry (Shak). He did this to highlight to everyone the importance of performing humble, selfless services. He used 18 Mahns (1 Mahn (unit of mass) is equivalent to 20 kg) of fresh ghee for just the Vaghar. Into this, He placed cut aubergines, enough to fill 18 large carts. Lord Swaminarayan put in the salt, spices, sugar, chillies etc. and made a delicious curry. He then served the food Himself to the sants and disciples. He had asked Nityanand Swami and the other sants to make sweet ladus, so Nityanand Swami served those. However, the Lord had instilled a divine, delicious taste into the aubergine curry, and consequently, everyone asked for more and more of it, and refused to take any of the ladus. In this manner, a grand Shakotsav festival was held in the village of Loya.

Enacting the divine deeds of the supreme Lord Shree Swaminarayan exactly 200 years ago, Sants and disciples of held a Shakotsav in the presence of Acharya Swamiji Maharaj in Maninagardham on Thursday 20 January 2022. This was also the first official assembly held since His arrival from Kenya. However, due to the current pandemic situation, the celebrations were held online, with only the Sants and key sponsors of the event present in the auditorium.

A splendid display of different kinds of ‘Shaks’ – vegetable curries, different kinds of traditional breads, and of course aubergine curries was presented before the Lord in the main Mandir and also on the stage in the auditorium. Acharya Swamiji Maharaj lovingly offered these foods to the Lord whilst disciples sang devotional songs. 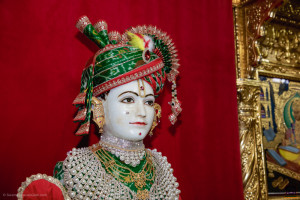 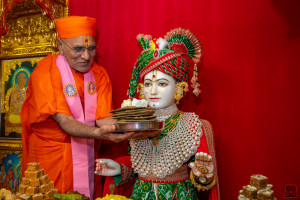 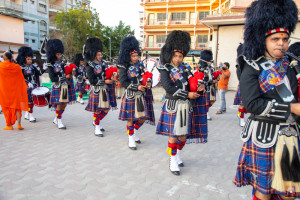 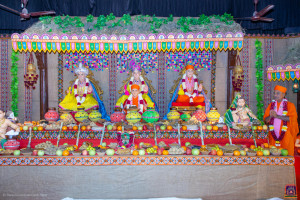 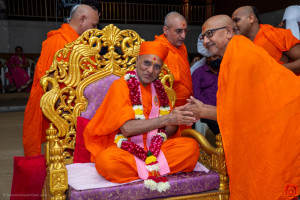 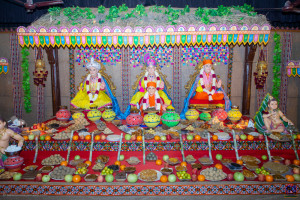