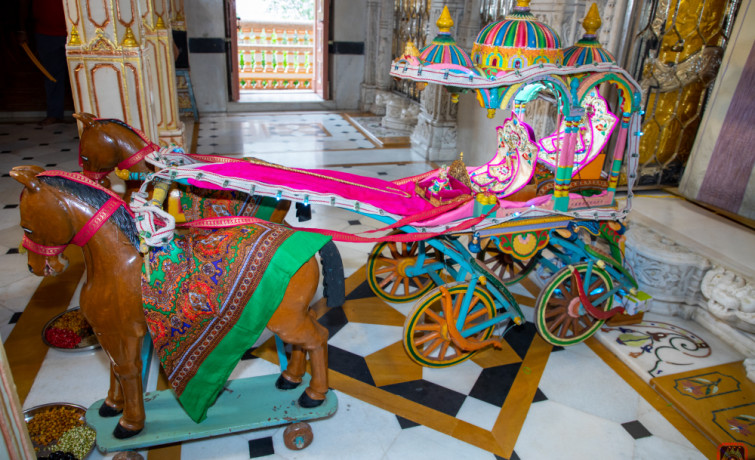 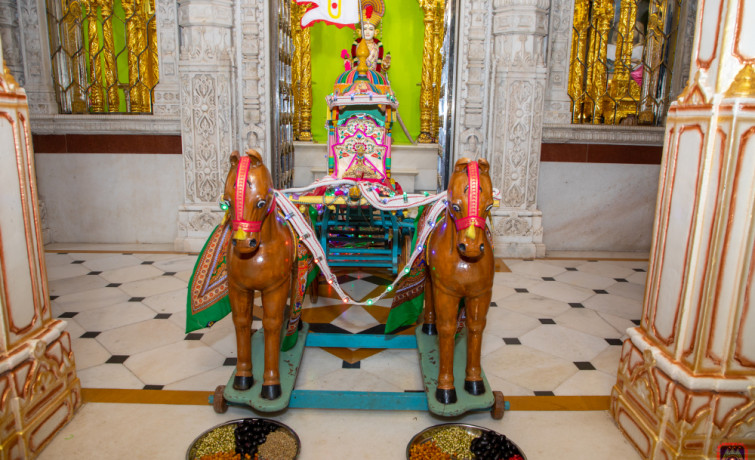 The Hindu festival called Ratha Yatra is celebrated on Ashadh Sud 2, which this year fell on Monday 12 July 2021.

The Hindu festival called Ratha Yatra is celebrated on Ashadh Sud 2, which this year fell on Monday 12 July 2021. This is a very auspicious religious for many Hindus. It also marks the start of the Kutchi New Year. Traditionally, the Lord presides on a chariot and is pulled through the streets to give darshan to everyone, and due to his divine gaze, countless souls are blessed. This Rath Yatra is held throughout India and now even in many world cities. The main festival takes place in Jagannathpuri, on the east of India.

The history of the Swaminarayan Faith also has a connection with the Rath Yatra held in Jagannathpuri. During His forest expedition, Lord Shree Swaminarayan, in the guise of Shree Nilkanth Varni, visited many sites of pilgrimage in India, including Sripur, Badrinath, Mansarovar, Pulhashram, Butolpur - Nepal, Kapilashram, Jagannathpuri, Pune, Buranpur, Surat etc. After traveling over 12,000 km on foot for seven years, one month and eleven days, He eventually reached the village of Loj in Gujarat.

He reached the city of Jagannathpuri on the day of the Rath Yatra, Samvat 1854 Ashadh Sud 2, 26 June 1797. At that time, King Divyasinhdev, ruler of the Jagannath region, saw Shree Nilanth Varni and became attracted to Him. There were three chariots in the procession; for Lord Jagannath, his elder brother Balabhadra and his younger sister Subhadra. The king seated Shree Nilkanth Varni on the first and largest chariot and started to pull that chariot himself.

That magnificent procession took place exactly 224 years ago. In remembrance of that Jagannathpuri Rathyatra festival, a celebration is still held in the Mandirs of Maninagar Shree Swaminarayan Gadi Sansthan. In Maninagardham, in the divine presence of Acharya Swamiji Maharaj, Sants sang devotional songs, as Shree Harikrishna Maharaj was seated on a chariot. Acharya Swamiji Maharaj performed aarti on behalf of all the Sants and disciples. 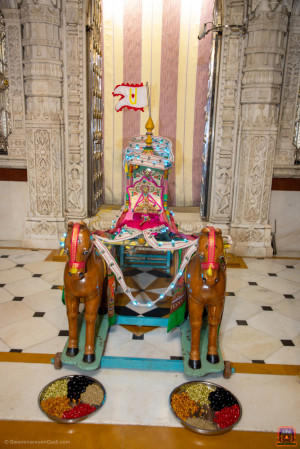 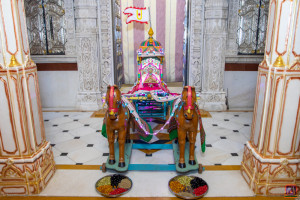 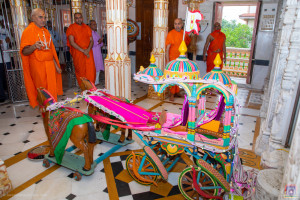 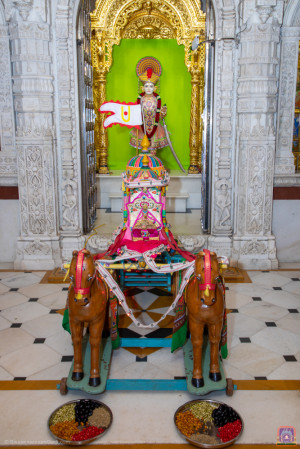 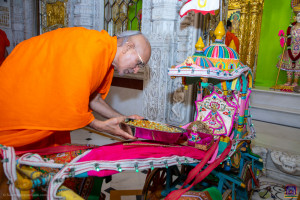 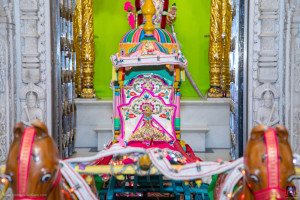