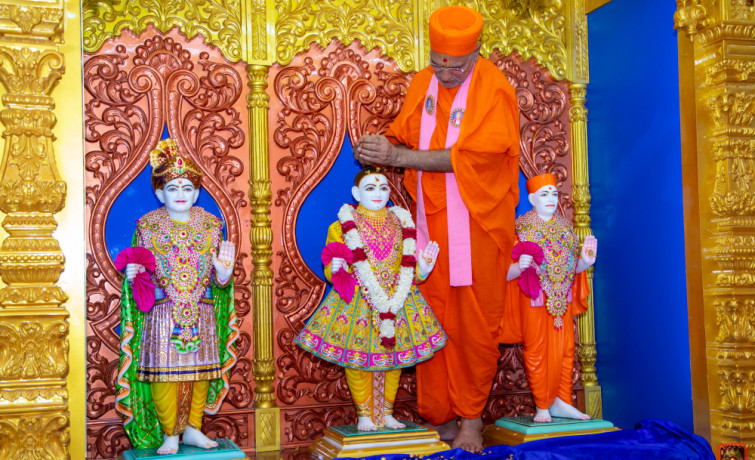 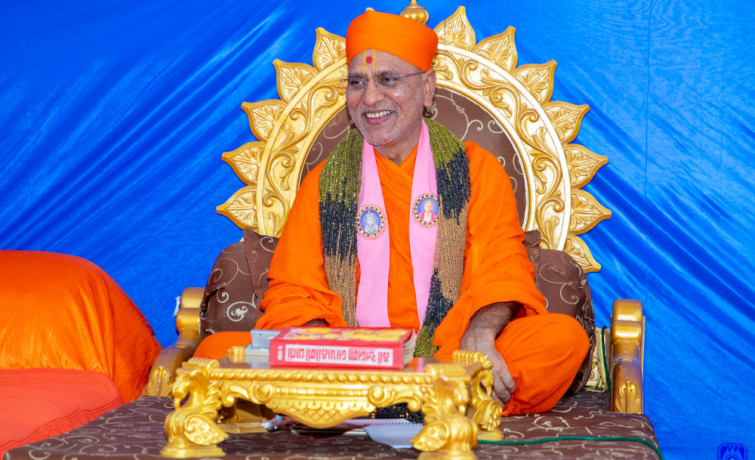 A 3 day festival was held in Mankuva Navovas for Murti installation (Pratishtha) ceremony. 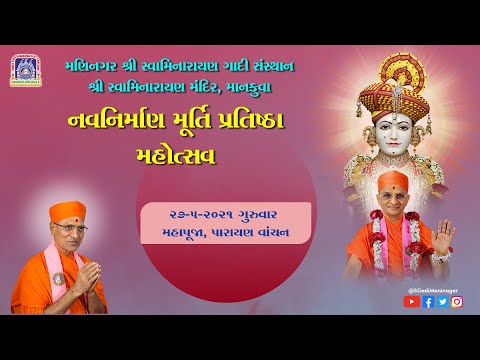 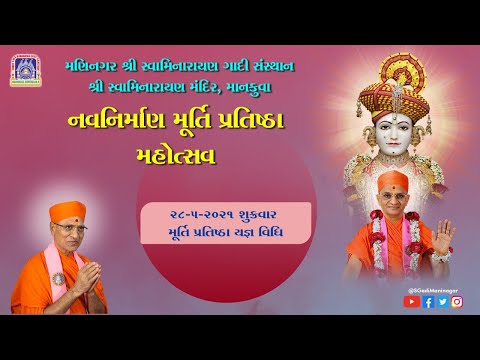 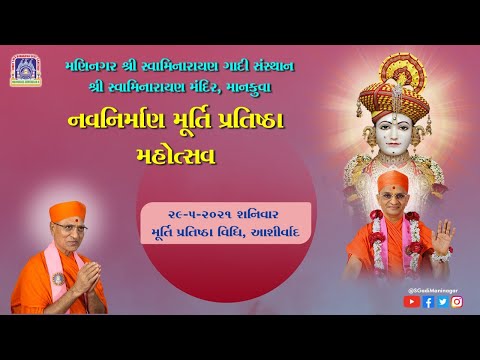 Shree Swaminarayan Sidhant Sajivan Mandal was created in Ghanshyamnagar, Dahisara. Shortly thereafter, the first Mandir under the auspices of this Mandal was formed in the city of Madhapar. The second was in Mankuva, New District. In fact, it was Gurudev Shree Muktajeevan Swamibapa who started settlement of disciples in this new district, Navavas of Mankuva village. Furthermore, Gurudev Swamibapa installed a Murti of Shree Hanumanji at the entrance of the village, and instilled divine spiritual powers into him, just as Shree Gopal Bapa installed the murti of Shree Hanumanji in Saranpur and Shree Abji Bapashree installed the murti of Shree Hanumanji in Vrushpur Chhatri and instilled divine powers into them.

Construction of the Mandirs, one for the men of the village and another for the ladies, proceeded rapidly and the plan was for Acharya Swamishree Maharaj to perform the installation in 2020 marking the Amrut Mahotsav. However, it was not possible to hold any celebrations at that time due to the pandemic situation.

Keeping in mind the current situation, Acharya Shree Jitendriyapriya Swamiji Maharaj travelled to the Kutch region with a small group of Sants and held a 3 day festival from 27 to 29 May 2021. Only disciples of the local village were allowed into the Mandir hall so that social distance could be maintained. All the other disciples in Kutch and indeed throughout India and around the world watched the celebrations online. Recitals of the Rahasyarth Pradeepika Tika Vachanamrut, Shree Abji Bapashree ni Vato and Shree Swaminarayan Gadi Granth were held. Shree Acharya Swamiji Maharaj performed the Murti installation (Pratishtha) ceremony and prayed for the Lord to preside in the Mandirs. A grand Annakut was presented to the Lord and disciples performed Aarti.

In this manner, Ved Ratna Acharya Swamishree Maharaj’s wish to build grand new Mandirs in the village was realised. 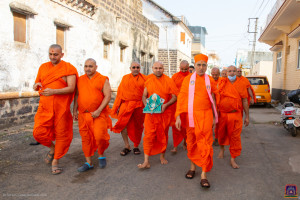 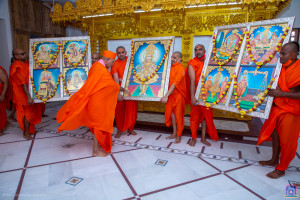 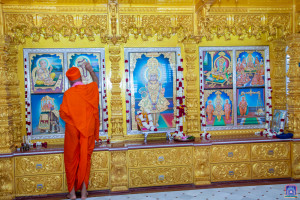 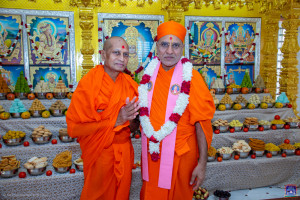 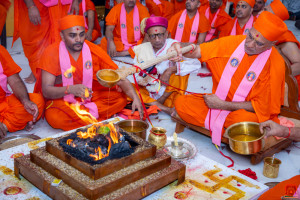 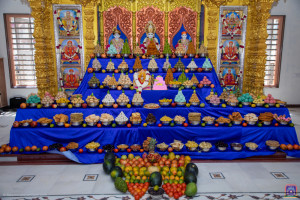