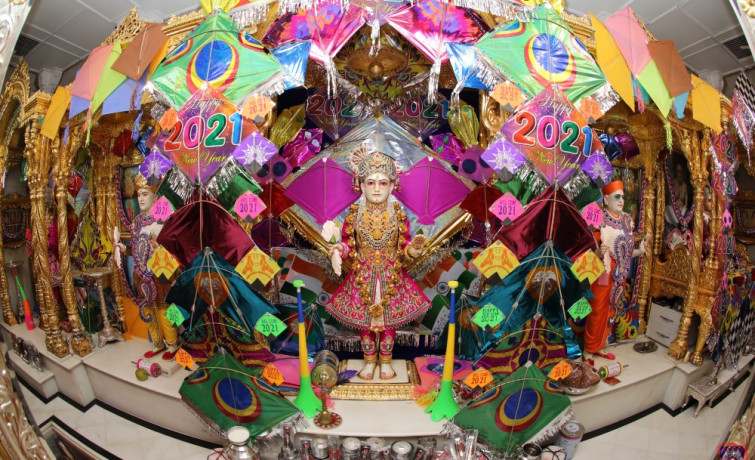 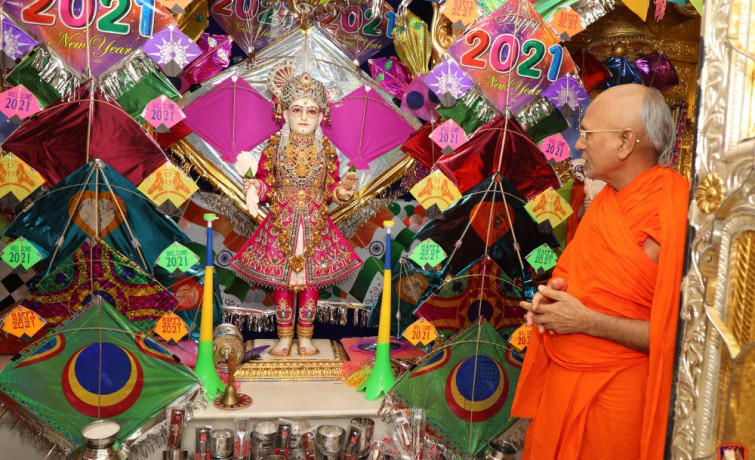 The festival of kites, Makar Sankranti, fell on Thursday 14 January 2021. 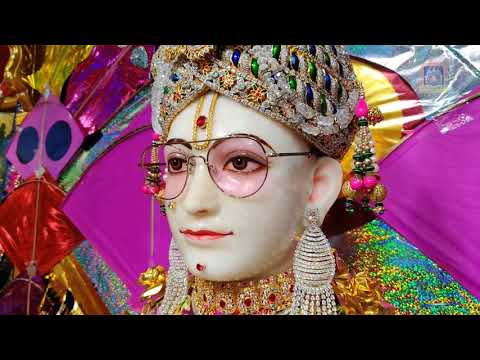 The festival of kites, Makar Sankranti, fell on Thursday 14 January 2021. The festival marks the day when the Sun changes its course and starts to head in a Northerly direction. It is also referred to as Uttrayan. This mid-winter festival is considered an auspicious day for giving donations and alms. It is also the day that marks the end of Dhanurmas.

In a form of adoration to the Sun as it changes direction, kites are flown and so the sky becomes filled with colour. Ved Ratna Acharya Swamishree Maharaj explained that the kite symbolises a very important moral teaching for all disciples.

"A kite flies high in the sky, yet it remains controlled by the person holding the string. In the same manner, your life remains amongst the wilderness that exists in the form of worldly life, but still, you must ensure that your tie with the Lord is never severed, and that you remain controlled by the directives of God. If you do not, the string that unites you with the merciful Lord will break. You must remain vigilant that your string does not become entangled by irreligiousness and immorality because again, that will cause your union with the almighty Lord Shree Swaminarayanbapa Swamibapa to cease. With the almighty Lord as your controller, you will be able to ascend higher and higher, just like the colourful kite that ascends into the clear sky of Uttrayan."

In celebration of this sacred day, the Mandir in Maninagardham was decorated with kites. In the traditional manner, prasad of jalebi and undhiyu, and sesame and nut chikki, was offered to the Lord. Acharya Swamiji Maharaj performed aarti and Sants sang devotional songs. An assembly was held in the Brahm Mahol, during which Acharya Swamiji Maharaj further explained the significance of this day. The hidden gifts presented to the Lord by loving disciples on this day were opened by Sants and offered at the Lord’s lotus feet. 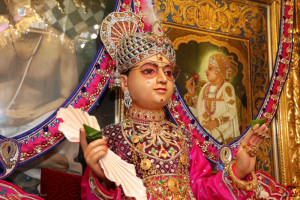 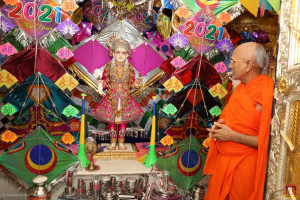 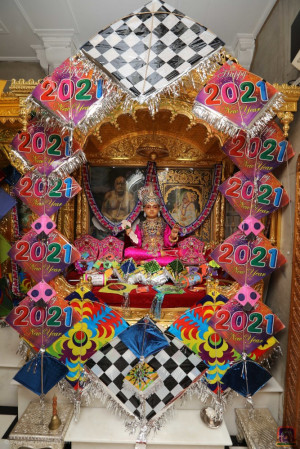 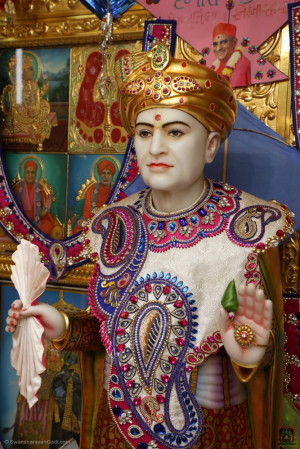 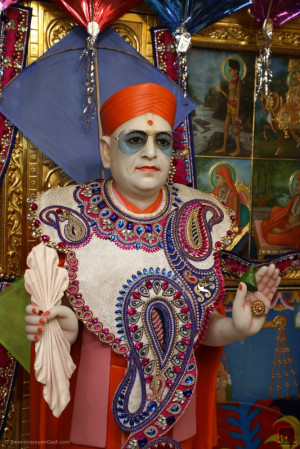 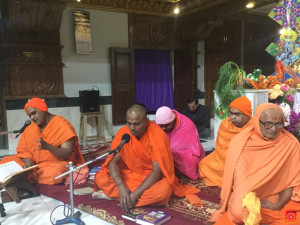