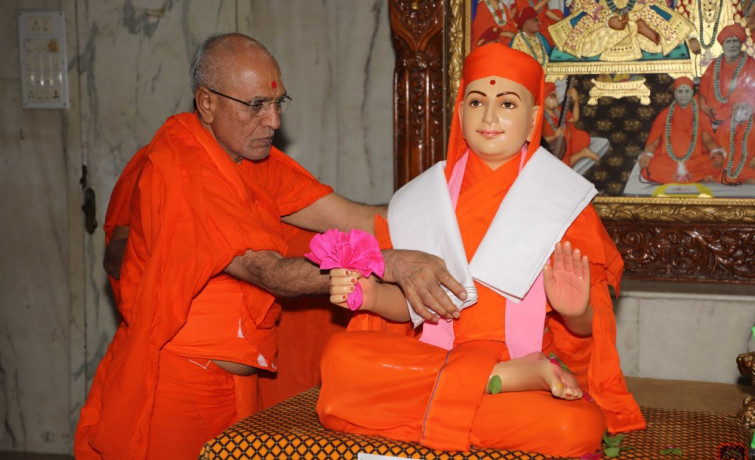 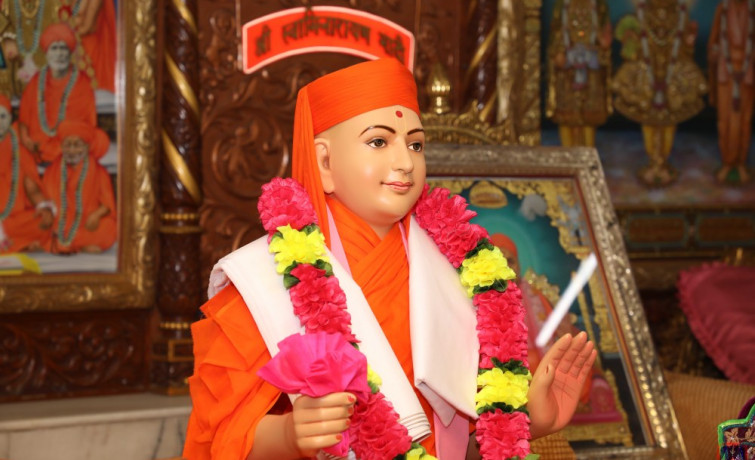 Before he took initiation as a Sant, he was named was Khushal Bhatt. He manifested (Samvat 1837 Maha Sud 8, Monday 1781) in the village of Todla. Having shown numerous wondrous miracles even in his childhood years, he reached Gadhpur where, in Samvat 1864 Kartik Vad 8 (Sunday 22nd November 1807), Lord Shree Swaminarayan initiated Khushal Bhatt as a Sant and named him ‘Shree Gopalanand Swami’.

During the speeches given by scholarly Sants, they describe the greatness of Sadguru Shree Gopalanand Swamibapa, and also stated the facts of his supreme authority that have been recorded by eminent Nand Padvi Sants in their scriptures.

Sadguru Shree Nishkulanand Swami has recorded the command given by Lord Shree Swaminarayan:

Just as in the Satsangi Jeevan, Sadguru Shree Shatanand Swami has documented the event when Lord Shree Swaminarayan appointed Sadguru Shree Gopalanand Swami as His spiritual heir, the same episode has been categorically stated by Sadguru Shree Achityanand Varni:

“Oh ascetics! My disciples! You all must abide by the commands of this Muni (Gopalanand Swami). Even though he may be within this Faith, if he does not implicitly obey Gopalanand Swami, he is not My devotee.”
(Shree Hari-leela-kalpataru, Skandh 1, Adyay 41, Verse 10)

Shree Raghuvirji Maharaj, Acharya of the Laxminarayan Gadi has described the unambiguous words spoken by Lord Shree Swaminarayan Himself about the glory of Sadguru Shree Gopalanand Swamibapa:

“When I am not within this world, people should consider this eminent Sant who possesses all the virtues and qualities, to be God. At that time, they all should perform adoration to him, just as they do now to Me. Just like I do at present, he will bestow salvation to thousands of souls.”
(Durgapur-mahatmya Part 2, Chapter 83, Verses 19-20)

He who is the son of Bhakti (i.e. Lord Shree Swaminarayan)
To all His disciples said, he (Sadguru Shree Gopalanand Swami) is above all
He proclaimed him to be above both Acharyas
And placed their hands in his.
(Shree Harileelamrut, Kalash 1 Vishram 1)

Shreeji Himself Explains His Own Greatness:

In Samvat 1881, on the day of Kartik Sud 7 (Friday 29 Oct 1824), when Shreejimaharaj was presiding at the court of Dadakhachar in Gadhada amongst an assembly, He pronounced,

“Sants and disciples! This Gopalanand Swami never remains apart from Me. He is always with Me. Whether He is in Vadodara or elsewhere in the world; he is always wherever I am, and I am always wherever he is. His heart is Me, and My heart is him. Any thought that he has had has actually been a thought of Mine, and My thoughts are those of him.”
(Shree Swaminarayan Charitra Chintamani Part 4, Chapter 48) 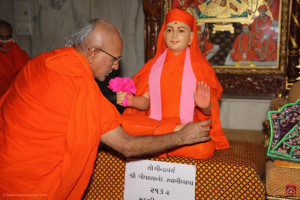 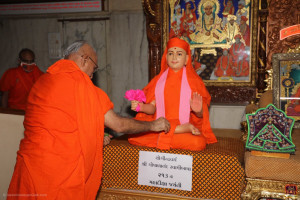 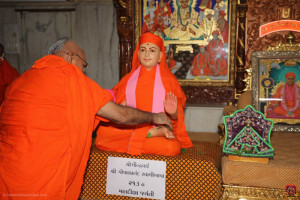 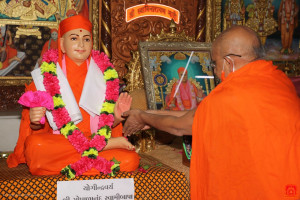 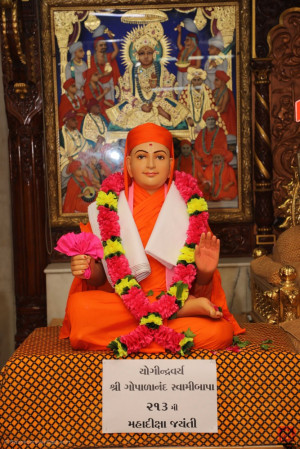 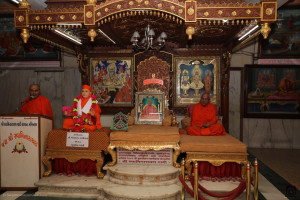