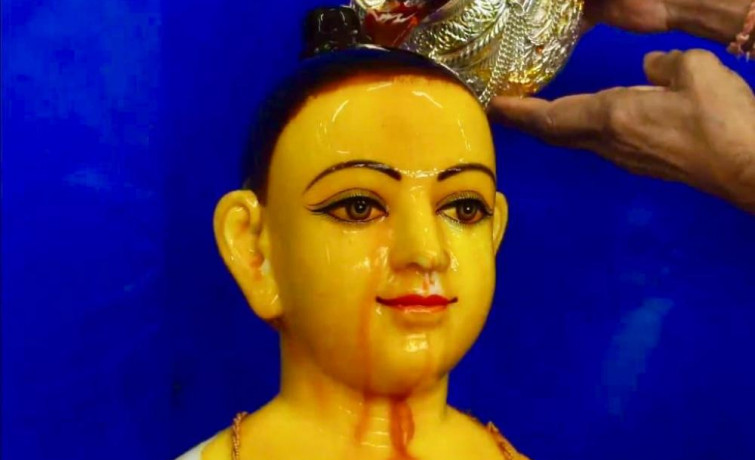 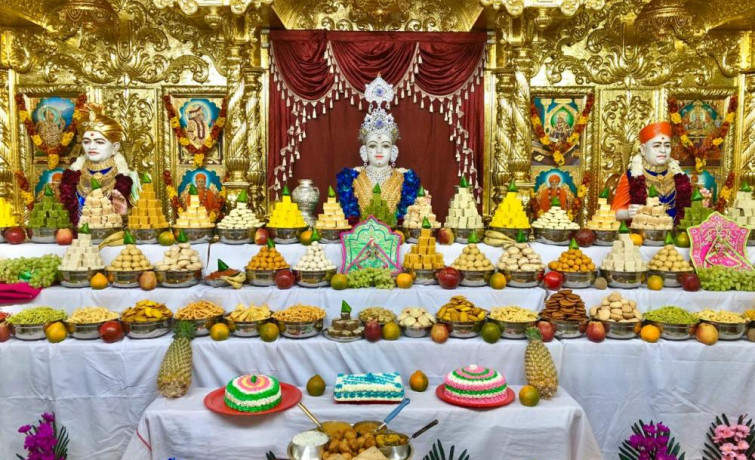 With the blessings of Acharya Swamishree Maharaj who is currently presiding in Mumbai, a large group of Sants travelled to Kadi to perform the anniversary rituals.

During the morning of the patotsav day, the Sants of Kadi Mandir performed the Mangla Aarti, after which Shree Ghanshyam Maharaj gave darshan without His robes. On behalf of Acharya Swamishree Maharaj, the Sants then performed the patotsav ceremony of Lord Shree Ghanshyam Maharaj, Jeevanpran Shree Abji Bapashree and Jeevanpran Swamibapa. During this auspicious ceremony, Shree Ghanshyam Maharaj was bathed with the five nectars, milk, saffron, honey, yogurt and sugar. After the ceremony, a lavish array of foods was offered to the Lord in the form of a splendid Annakut. Sants and disciples were then given the opportunity to perform Aarti before the Lord. Senior Sants gave speeches describing the significance of Kadi Mandir for the Karan Satsang and the influence its history has had for the protection of the entire Swaminarayan Sampraday. From Mumbai, Acharya Swamishree Maharaj conveyed blessings to the assembled Sants and disciples via a live link. The divine blessings of Gurudev Shree Muktajeevan Swamibapa were also heard, after which everyone was given a prasad meal. 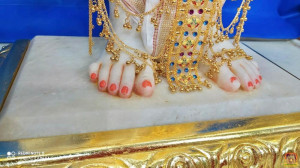 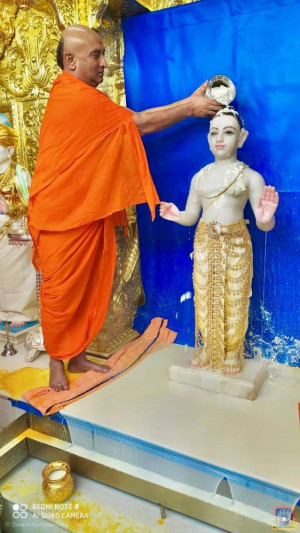 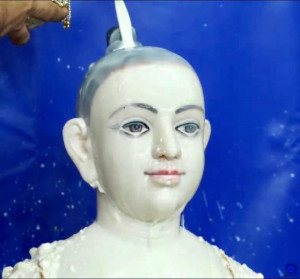 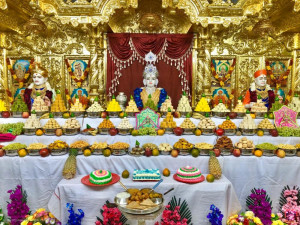 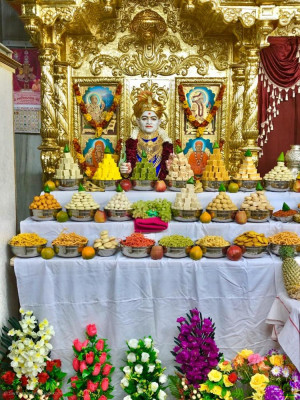 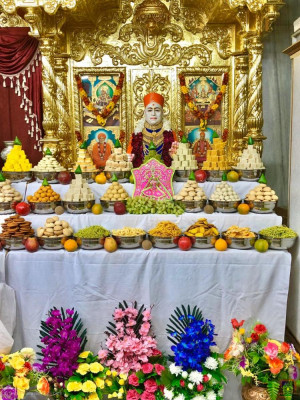