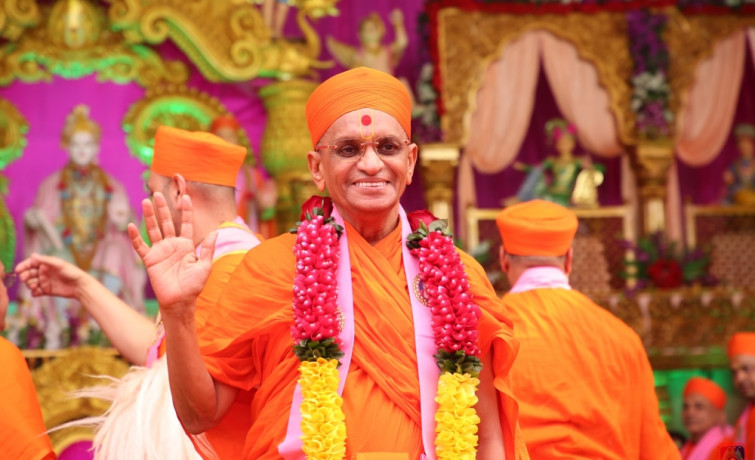 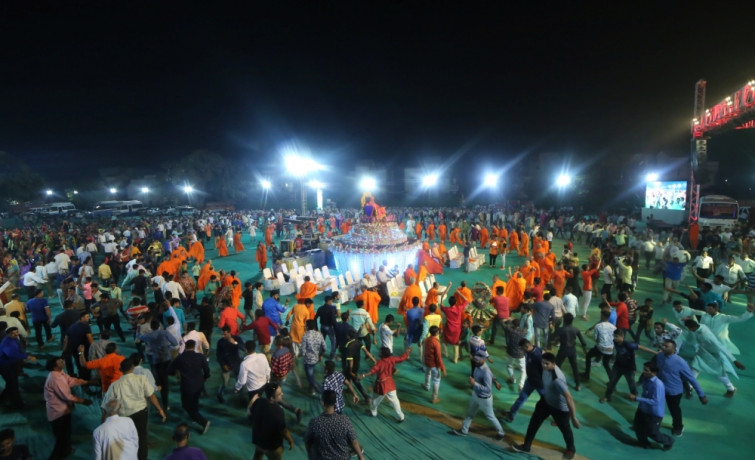 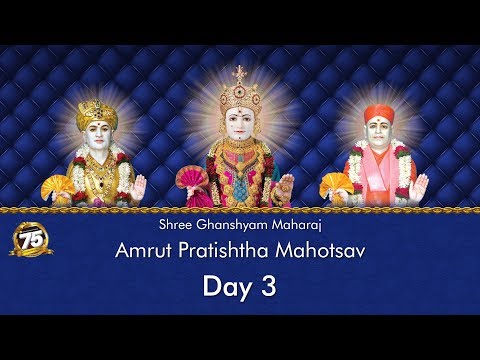 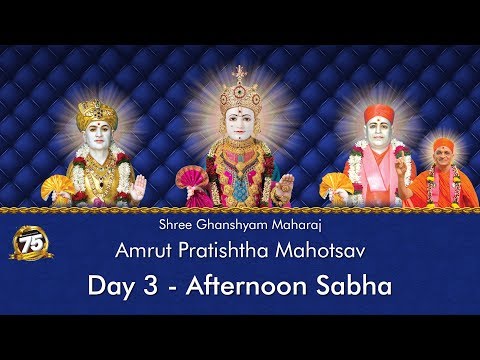 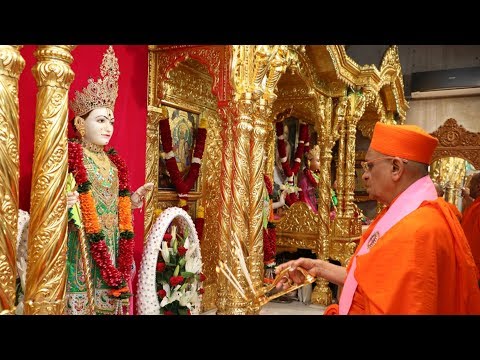 Today sees the halfway point of Shree Ghanshyam Maharaj Amrut Pratishtha Mahotsav, Maninagar – the first two days have breezed past with such amazing events and countless divine blessings. The third day of the Mahotsav commenced with the continued recital of the Rahasyarth Pradeepika Tika sah Vachanamrut scripture. Immediately following Acharya Swamishree Maharaj performing Shangar Aarti, the sponsor of all the scripture recitals from the North America region had the opportunity to offer aartis to Lord Shree Swaminarayanbapa Swamibapa and Acharya Swamishree Maharaj. Acharya Swamishree Maharaj, along with Sants and disciples, soon arrived at Shree Suvarna Tula Smarak Bhavan, Shree Swaminarayan Tower, for the start of this morning’s Shobha Yatra.

Acharya Swamishree Maharaj presided on His throne before gifting each and every Sant with a new prasad kesh on this auspicious occasion. He then showered His divine Ashirwad on everyone.

The recital of the Rahasyarth Pradeepika Tika sah Vachanamrut scripture concluded today, with the sponsoring disciple offering gifts (chaabs) and Aartis to Lord Shree Swaminarayanbapa Swamibapa and Acharya Swamishree Maharaj. The morning of the Mahotsav ended with everyone enjoying prasad lunch. The afternoon sabha saw continued recital of the sacred scriptures. 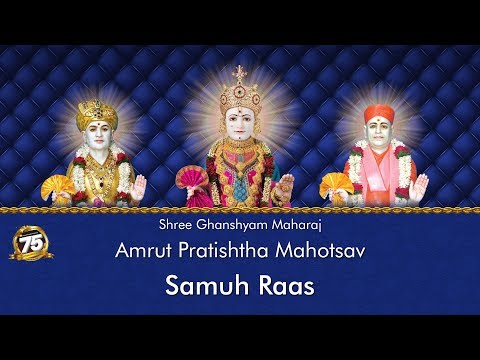 The evening’s programme – Bhakti Rasotsav – was the last of the night-time events for this Mahotsav. Tonight was a samuh raas, but with a twist. The event took a competition format, encouraging groups (territories, birth-villages, etc) to last the full night of dancing, and inspiring individuals to dance with as much flair, verve and enthusiasm as they could.

Like all the evening events, Shree Muktajeevan Swamibapa Smruti Mandir made for the perfect backdrop for an atmospheric evening. Acharya Swamishree Maharaj presided over the evening from a huge rotating throne, decorated entirely with fragrant flowers. Dancers performed raas in a plethora of styles, dressed in variety of traditional and regional clothes – each with the sole sentiment of pleasing Lord Shree Swaminarayanbapa Swamibapa and Acharya Swamishree Maharaj.

The music and singing was of superb quality, directed by our very own musical maestro, Shri Kirtibhai Varsani, with maestros such as Firoz Ladka on vocals. The thunderous and electric atmosphere was created with a combination of 10 dhol drums, 10 roto drums, 9 snares, 8 floor basses, drumkit and octopad, 2 bass drums, 5 keyboards, 2 percussionists, plus a saxophone, flute, shehnai and two guitars.

Everyone danced the evening away – disciples of all ages and from all parts of the world, in a wonderful display of brotherhood and unity. Not wanting to miss out, Sants also joined in, and whipped up the crowds as the music sped up to a frenzied and vibrant climax. All under the loving gaze of Acharya Swamishree Maharaj.

At the end of the evening, the winners of the dance competition were given awards by Acharya Swamishree Maharaj. In addition, Shri Kirtibhai Varsani, who has led the creation of wonderful devotional music compositions for our Sanstha for many years was commended and blessed by Acharya Swamishree Maharaj, and given an honorary title, Sangit Martand (Sun of Devotional Music). 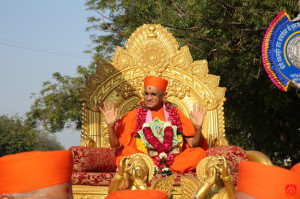 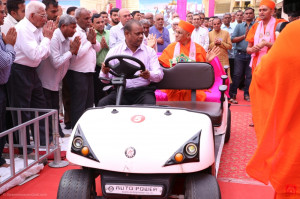 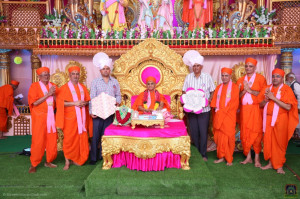 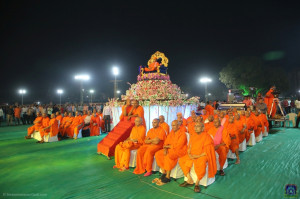 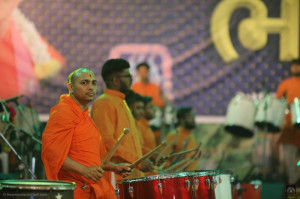 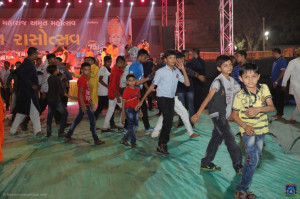