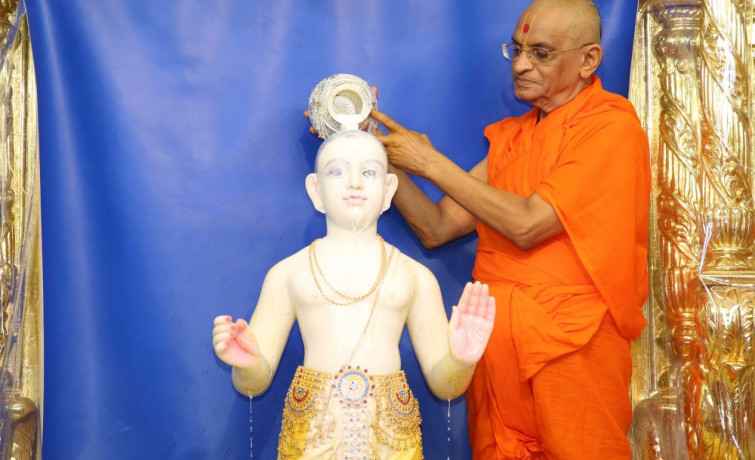 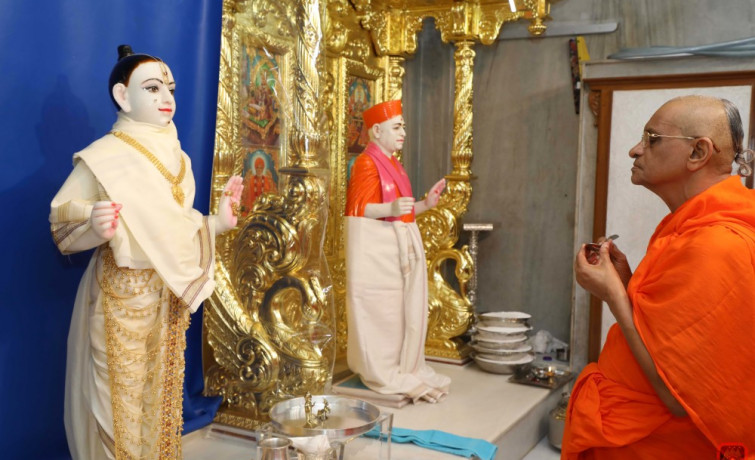 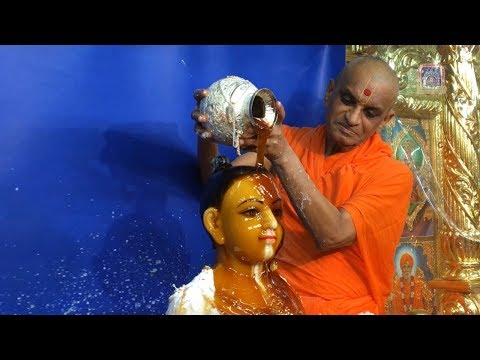 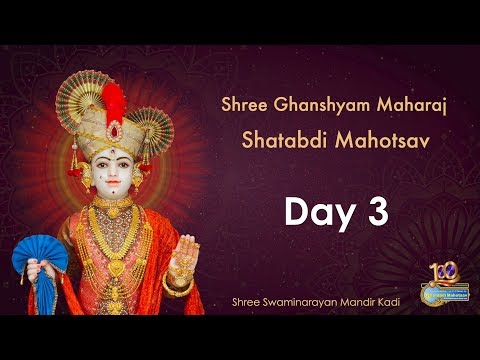 Sants and disciples had gathered in the Mandir before sunrise for the Lord’s darshan. Immediately after Acharya Swamishree Maharaj had performed the mangla aarti, Shree Muktajeevan Swamibapa Pipe Band London saluted Lord Shree Swaminarayanbapa Swamibapa and Acharya Swamishree Maharaj. After performing the shanghar aarti, Acharya Swamishree Maharaj performed the patotsav ceremony. As part of this special day’s ceremony, Shree Ghanshyam Maharaj was bathed in the five nectars. To mark the centenary, the ceremonial bathing also included showering the Lord with gold and silver flowers, as well as crystals. As a constant stream of milk, saffron water and honey poured onto supreme Shree Ghanshyam Maharaj, disciples were given the opportunity to perform aarti. A vast array of food offerings was presented to the Lord in the form of a magnificent Annakut, after which Acharya Swamishree Maharaj cut a celebration cake to mark the centenary.

To conclude the Shatabdi Mahotsav, various different types of garlands were offered to Acharya Swamishree Maharaj buy different groups of disciples, who was the true inspiration, strength and guidance for the Mahotsav. Disciples also showered Acharya Swamishree Maharaj with Swarovski crystals, as a gesture of gratitude to Him for giving them the opportunity of sponsoring the scripture recitals.

Finally, all the Sants and disciples performed aarti in homage to all those killed or injured in the recent terrorist attack in Kashmir, and with this, they prayed to the almighty, merciful Lord to shower them all with divine, eternal peace. 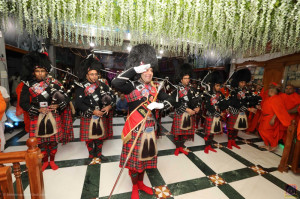 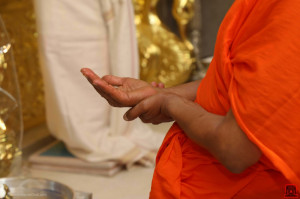 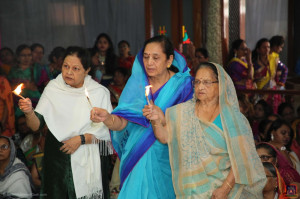 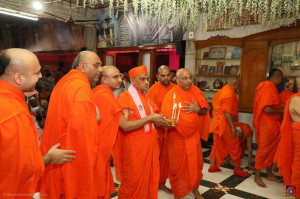 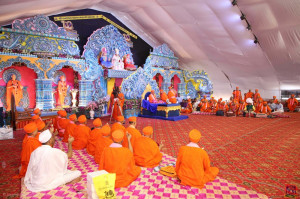 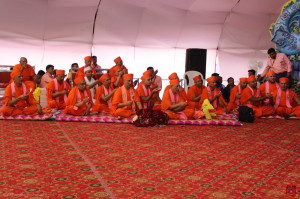