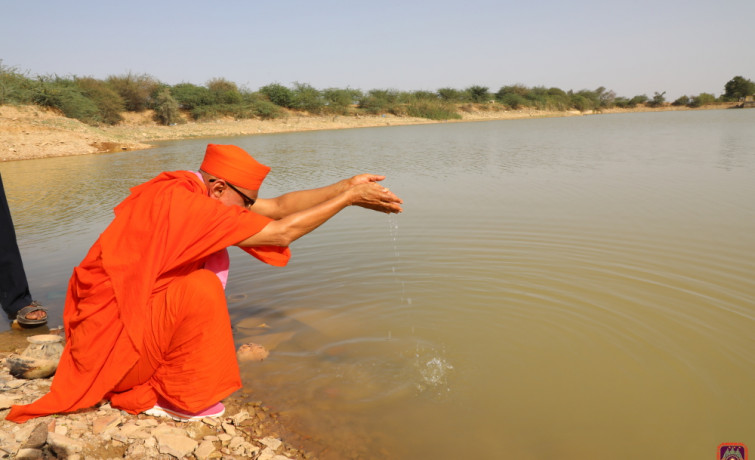 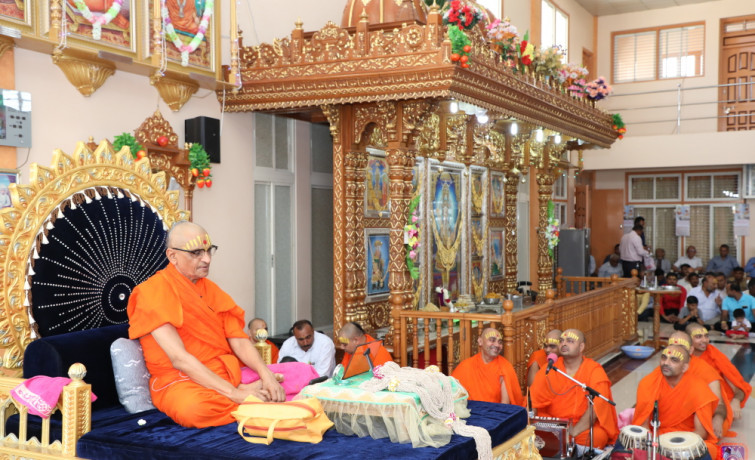 For the duration of the Vaisakh month, Acharya Swamishree Maharaj remains in the Kutch region, where he performs the anniversaries of the Mandirs in the various villages.

For the duration of the Vaisakh month, Acharya Swamishree Maharaj remains in the Kutch region, where he performs the anniversaries of the Mandirs in the various villages. The first patotsav is that of Shree Swaminarayan Mandir in Naranpur, which falls on the auspicious day of Akha Trij, the day when traditionally, the Lord is adorned in soothing, fragrant sandalwood paste robes.

Acharya Swamishree Maharaj arrived in Naranpur on 11 April 2018. The Sadguru Din Commemorations were held on Monday 16 April, after which the disciples of Naranpur held a concert of devotional music and communal dance. During the evening of Tuesday 17 April, the young disciples of the village were given the opportunity to please the Lord with speeches, religious dance and song performances.

During the period of his stay in Naranpur, Acharya Swamishree visited various cattle sanctuaries where he distributed fresh grass and water that had been donated by Maninagar Shree Swaminarayan Gadi Sansthan. Due to the drought throughout the region, the cattle are struggling to find food and water. He also visited Bhuj’s Lake Hamisar, where he performed its adoration, i.e. poured sanctified water into it, as a prayer for the Lord to provide rain to this drought-stricken region.

Wednesday 18 April 2018 marked the 61st anniversary of when the supreme Lord Shree Swaminarayanbapa Swamibapa was ceremonially installed in the temple by Jeevanpran Shree Muktajeevan Swamibapa. Acharya Swamishree Maharaj performed the patotsav ceremony on this auspicious day. 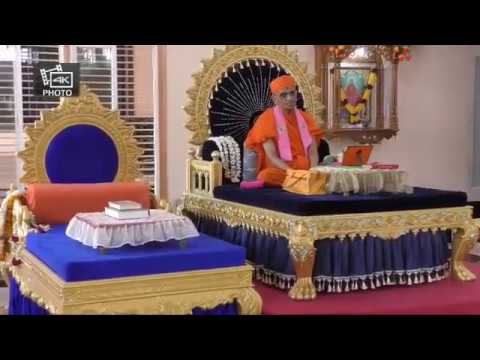 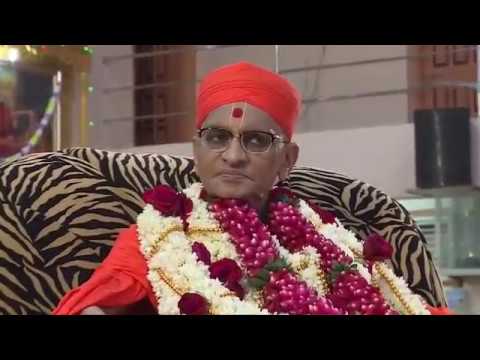 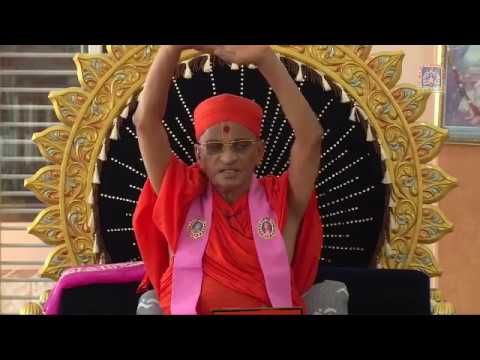 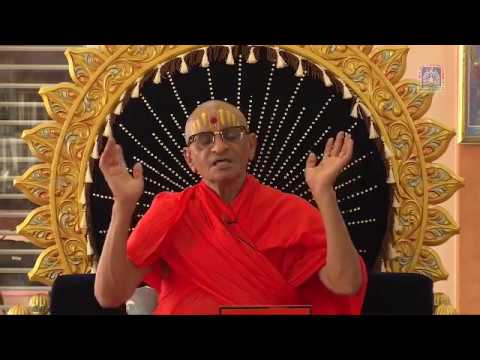 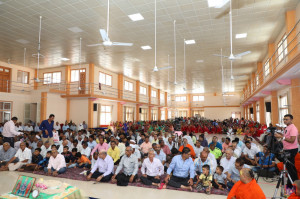 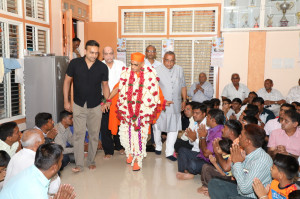 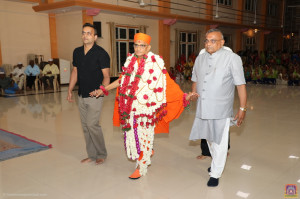 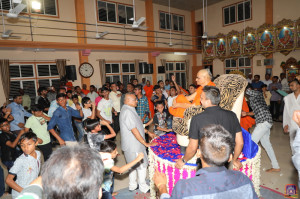 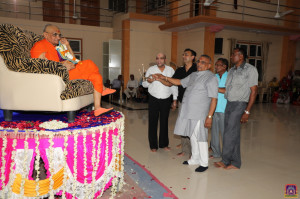 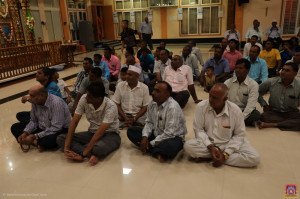