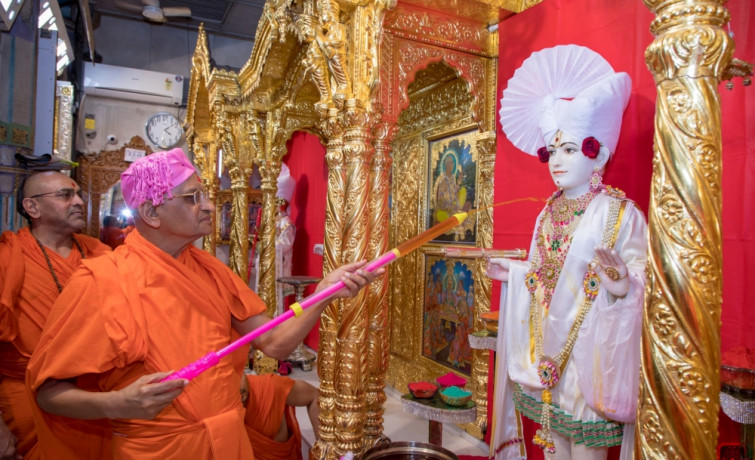 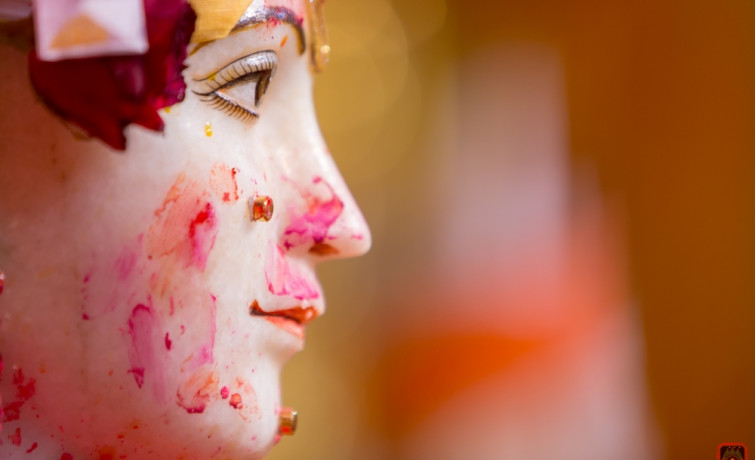 The Fuldolotsav festival, sometimes referred to as the Festival of Flowers, was celebrated over 2 days in Maninagardham, in the divine presence of Acharya Swamishree Maharaj.

The Fuldolotsav festival, sometimes referred to as the Festival of Flowers, was celebrated over 2 days in Maninagardham, in the divine presence of Acharya Swamishree Maharaj.

During the evening of Friday 2 March 2018, disciples held a Rasotsav, during which they performed communal, devotional dancing to please the Lord. The festivities took the form of a competition. They were judged on their dress, style, facial ex

Saturday 3 March was celebrated as Fuldolotsav. They started in the main mandir with devotional singing of songs composed by the Nand status Sants for this Fuldolotsav day. Acharya Swamishree Maharaj sprinkled coloured powder over Shree Ghanshyam Maharaj, and then this sanctified colour was sprayed over the Sants and disciples. The colours represent the beautiful spring blossoms that would be emerging this time of year in India. To make the colour more obvious, people tend to wear white clothing. The sentiment behind this is that the cold and melancholy of the winter season is replaced by the joy of the spring season. For a disciple, the colour sprayed by a Satpurush on this day represents the washing away of worldly aspects and replacing it all with the divine colour of God. It also symbolises how we should replace our own worldly inclinations with the divinity of the Lord's colour.

The traditional prasad for this day was then distributed; this prasad is known as fagwaa; popcorn, roasted chickpeas, dates and sultanas. During the cold winter months, people would have eaten rich foods containing ghee etc. to keep them warm. All this causes phlegm to be produced in the body. By eating fagwaa, it is thought that the excess phlegm becomes absorbed and then eliminated from the body. 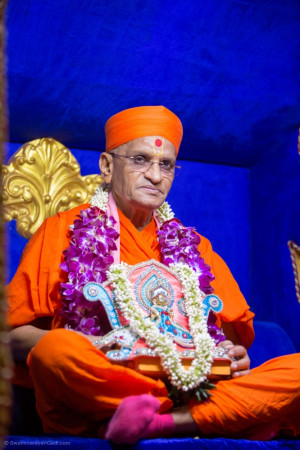 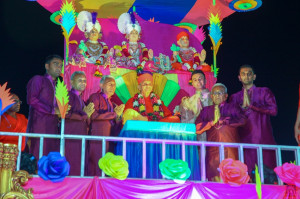 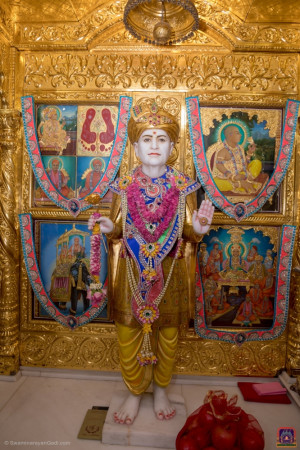 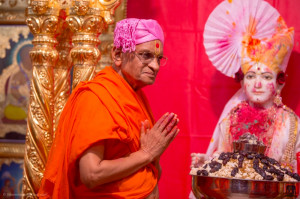 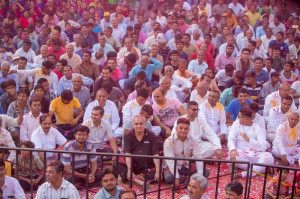 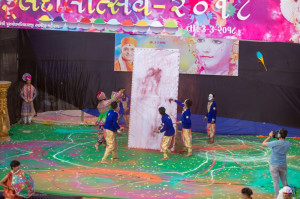