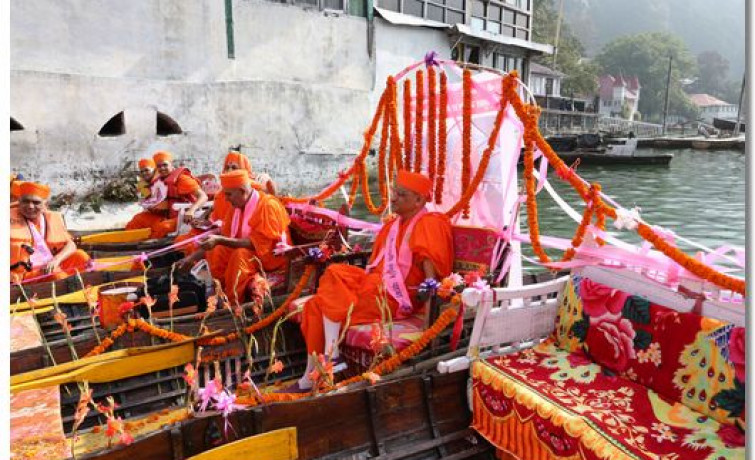 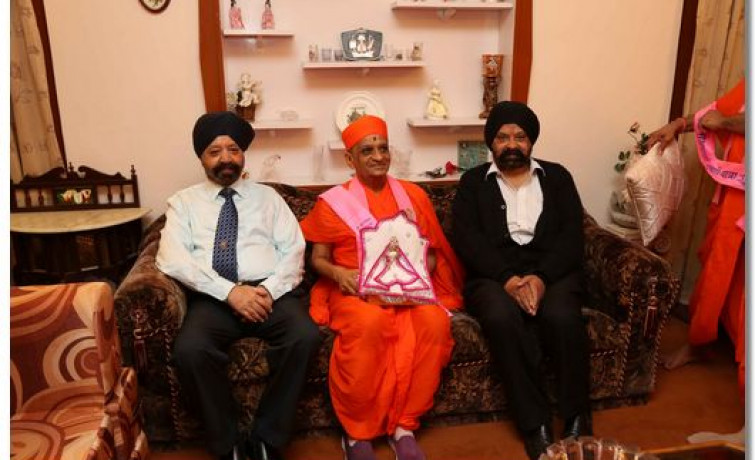 Shree Hari Vanvicharan
When the supreme Lord Shree Swaminarayan was 11 years old, on Samvat 1849 Ashadh Sud 10 (Friday 29th June 1792), He assumed the guise of a Sage Nilkanthvarni and embarked on a forest expedition (van-vicharan). The purpose of His expedition was to bestow salvation upon innumerable souls. During His journey He passed through all the pilgrimage sites of India. People go to pilgrimage sites to cleanse themselves of their sins. All these sins accumulate at the pilgrimage sites. When the merciful Lord visits these sites, He burns away the sins and purifies the pilgrimage sites. At all these pilgrimage sites, countless ascetics had been performing penances for numerable years to gain the darshan of the Lord and attain a spiritual status. Lord Swaminarayan provided them all with the reward of their spiritual endeavours, i.e. granted them His darshan. By this darshan, they would attain salvation, and their motives for performing their penance would have been fulfilled.

Mokshdayi Yatra
In the same manner as the Lord’s Vanvicharan, from Friday 9th March to Sunday 1st April 1973, Gurudev Shree Muktajeevan Swamibapa led a group of disciples on a salvation-granting pilgrimage (Moksh-dayi-yatra). The aim of this pilgrimage was to bestow eternal salvation to innumerable souls.

The entourage of twenty-two coaches of Sants and disciples visited sacred sites around Northern India.

Mokshdayi Smruti Yatra
Forty years after Swamibapa’s Mokshdayi Yatra, His Divine Holiness Acharya Swamishree Maharaj is leading a group of 600 Sants and disciples on a journey to Northern India. During this 7 day pilgrimage, they will re-visit the sacred sites that Swamibapa blessed in 1973, and Lord Shree Swaminarayan sanctified over 200 years ago.

The Yatra commenced from Maninagar on Saturday 5 October 2013. The pilgrims travelled to Delhi, mostly by train, with some passengers making the journey by plane. After reaching Delhi Mandir, they continued the journey by bus to Rishikesh, in the foothills of the sacred River Ganges. 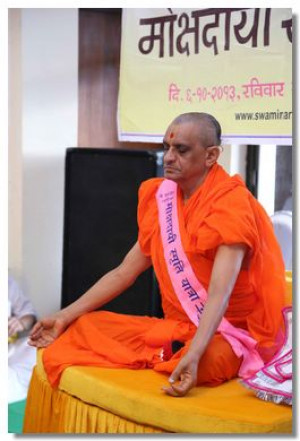 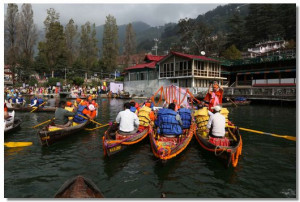 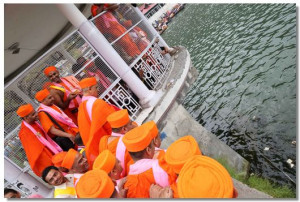 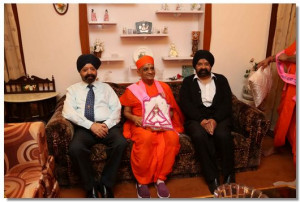 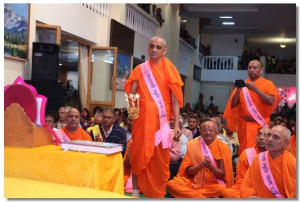 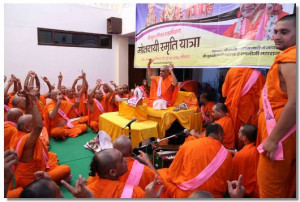