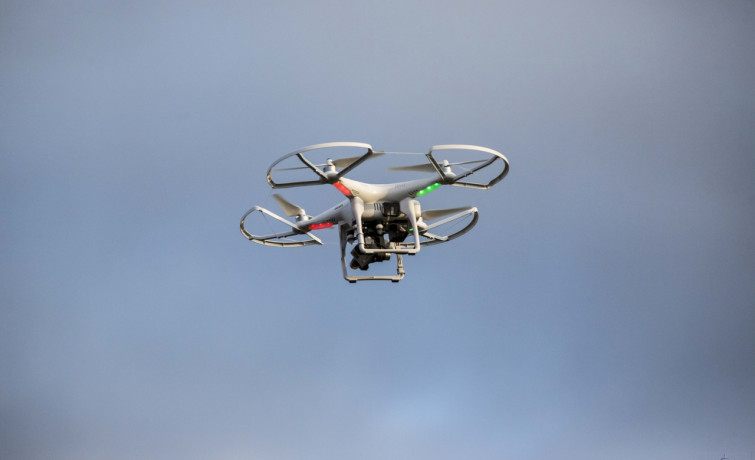 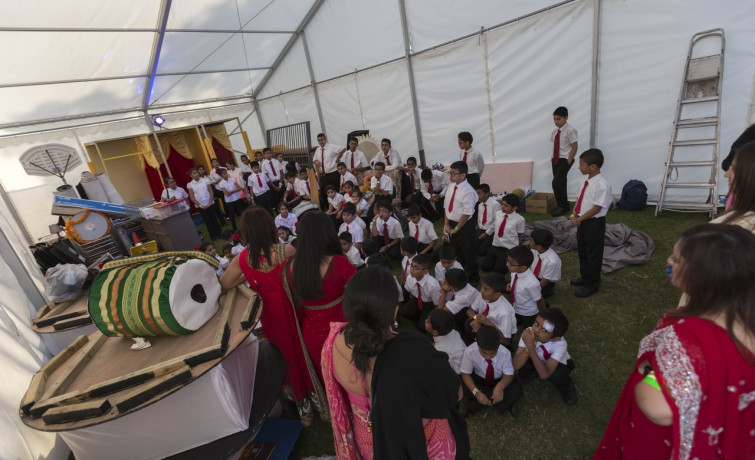 In the evening of the 20th of August, upon completing sandhya aarti niyams in the mandir and enjoying dinner mahaprasad in Purushottram Mahal, thousands of disciples as well as community members gathered in Roe Green Park for an evening of kirtan-bhakti. The park had been transformed into a concert venue with a grand stage up front and thousands of seats arranged in front of it.

Throughout the evening, an illuminating large LED screen backdrop displayed images of Lord Swaminarayanbapa Swamibapa, Kingsbury Mandir, various occasions leading up to the Mahotsav, and Maninagar Shree Swaminarayan Gadi Sansthan’s history fitting to the lyrics and significance of the kirtans being sung.

During the final performance, Acharya Swamishree, much to the audience’s pleasure, joined all of the singers and instrumentalists on stage and danced until the end of the kirtan. He then blessed all of the evening’s performers, praising the singers, accompaniment and directors,  before departing the park for Kingsbury Mandir. This concluded the first day of Shree Swaminarayan Mandir Kingsbury Grand Opening Festival celebrations. 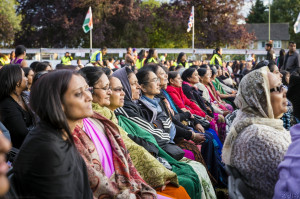 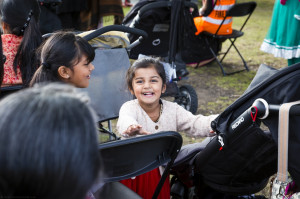 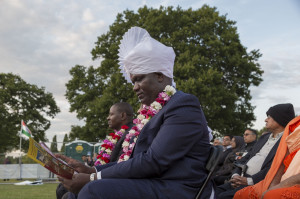 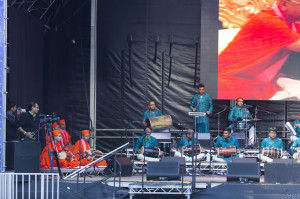 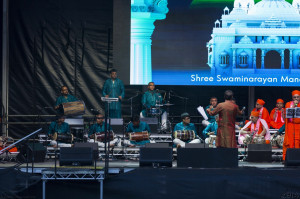 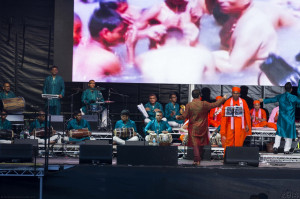